How Can Your Biomanufacturing Facility Benefit From Process Automation? 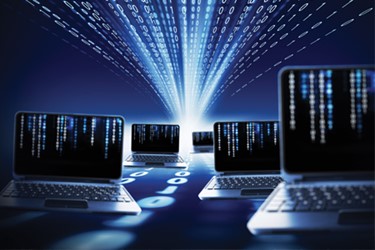 …Lately this has become a popular question, with digital capabilities and automation emerging as a hot topic in the biomanufacturing community.

Before I dive into the answer - which deserves more than one or two sentences - let me define what we mean by ‘automation’ because the term can mean very different things depending on the context. To me, there are two types of process ‘automation’:

Type 1 is System Level Automation, a controls system and user interface that can operate a specific unit operation or single piece of equipment like a bioreactor or chromatography skid. System level automation can exist as a standalone piece of equipment or equipment that is part of a larger control environment.

Type 2 is Platform Level Automation, which is the layer above the system level automation, and includes Type 1 automation. Platform level automation serves as a single-user interface terminal that simplifies processes for the human operator. This type of automation allows the operator to view, monitor, or manipulate multiple systems, often with a single username/password and with a common look and feel to the interface. Control of the system level units can be either centralized or distributed.

I have had a few customers say, “We don’t need automation” or, “We don’t see the value in automation.” However, when customers tell me this, they are usually referring to Type 2: Platform Level Automation or a centralized automation solution. Usually that individual feels that they can operate with standalone systems or what is commonly referred to as ‘islands of automation.’