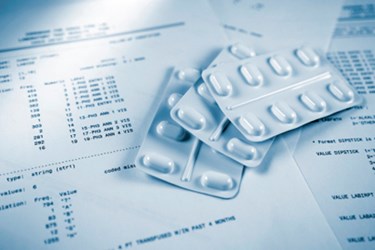 Alkermes yesterday announced its submission of a New Drug Application (NDA) to the U.S. FDA for its much awaited schizophrenia drug, aripiprazole lauroxil. The drug is a long-acting injectable atypical antipsychotic, which if approved, will be a novel once-monthly treatment for schizophrenia.

“We have designed aripiprazole lauroxil to be a differentiated treatment option for schizophrenia, with a ready-to-use format with multiple dosing options, to help meet the individual needs of patients and their healthcare providers,” stated Richard Pops, CEO of Alkermes. “These attributes, together with the robust clinical data observed in the pivotal study, position aripiprazole lauroxil to be a meaningful new entrant in the growing long-acting injectable antipsychotic market, and we look forward to working with the FDA to bring this important new medication to patients and physicians as quickly as possible.”

Aripiprazole is a dopamine D2 partial agonist sold under the name Abilify, and is one of the most commonly used oral antipsychotic medications. Abilify was jointly developed by Otsuka Pharmaceutical and Lundbeck and received FDA approval in February 2013. Since its launch in the U.S. immediately following approval, it became the best-selling drug in 2013 with sales of nearly $6.5 billion for Otsuka and its partner Bristol-Myers-Squibbs.

Schizophrenia is one of the most serious types of mental illness which is marked by hallucinations, depression, and disorganized thinking. According to Alkermes' press release, an estimated 2.4 million American adults have schizophrenia. Globally, the illness affects 1 in every 100. One of the major problems in treating this condition is patient compliance with the daily oral medications, and Alkermes hopes to alleviate this problem with its one-monthly long-acting injectable antipsychotics.

Alkermes has a strong focus on developing drug candidates that address central nervous system (CNS) disorders such as addiction, schizophrenia, and depression. Recently, the company started another round of Phase 3 clinical trials on its other major drug candidate, ALKS 5461, which is a proprietary, once-daily, oral medicine for the treatment of major depressive disorder (MDD).

“Schizophrenia and major depressive disorder are chronic diseases that affect the daily lives of millions of patients and are conditions where new treatment options with novel mechanisms of action and new dosing regimens are needed,” said Elliot Ehrich, M.D., CMO of Alkermes. “Clinicians who treat patients with schizophrenia and major depression need better treatment options to achieve stable remission in these serious, chronic conditions. Our goal is to advance clinical care by addressing unmet medical needs with aripiprazole lauroxil and ALKS 5461.”