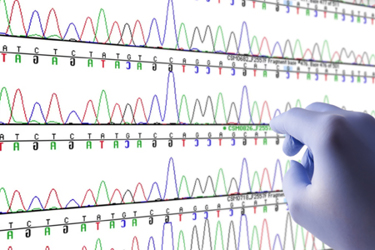 While Ray Tabibiazar, M.D. is thrilled to be leading a new gene therapy company, he misses practicing medicine, even if just a little. His voice gains a certain nostalgic quality when asked about it. Maybe because his dad was a physician before him—a battlefield surgeon in war-torn Iraq, no less—who passed on not just the medical legacy but a surname that literally translates to “Dr. Fire.”

Dr. Tabibiazar shares the story of the surname on episode 88 of the Business of Biotech, so no spoilers here. But perhaps what he misses most about practicing medicine is the tension that lies between facing a complex medical challenge without a clear resolution, yet having a wide range of options available to address said challenge. “When I was practicing cardiology, I wasn’t limited to one therapeutic modality. I used small molecules, large molecules, diagnostics, and procedures. I was driven by solving a problem, not by a specific technology,” he says.

That’s a sentiment that’s too often lost in transition for many leaders moving from careers in medicine to careers in biopharma. Once they attach to a sponsor working on a specific modality – mAbs, for instance – myopia settles in. Antibodies become the hammer and all indications begin to look like nails.

When Dr. Tabibiazar signed on as CEO at SalioGen Therapeutics in 2020, part of the appeal was the opportunity to approach therapeutic development with the multiple lane, guardrail-free mentality with which he practiced medicine. “Dr. Joe Higgins [president and chief scientific officer] and I started the company about two years ago because we wanted to solve a problem. We wanted to treat inherited disorders, both rare and common. And we had an idea how we’d do it,” says Dr. Tabibiazar. Dr. Higgins is also a physician scientist, and discoverer of loci and genes for Parkinson’s disease and essential tremor during his tenure as lead at the Human Genome Project’s Human Genetic Initiative. In founding the company, their like-mindedness reduced the risk of cognitive bias suffered by so many dyed-in-the-wool mavens of modality. Their company would operate with indication- and modality-agnostic intentions.

“We think that for genetic medicine to really unlock its full potential, it needs to be as common a modality as an antibody or a small molecule, and broadly applicable,” says Dr. Tabibiazar. “Genetic diagnostics has become as common as getting a routine blood test. We think genetic medicine should follow that trajectory. We should be able to treat a disease just as easily as we can identify it.”

With the mission set and a clean slate from which to start, SalioGen began to address the challenges that stood in the way of the company achieving its vision.  Chief among those challenges are the inherent limitations of adeno-associated virus’ gene cargo capacity and AAV immunogenicity. “All the current editing tools require nucleases. There are like genetic scissors that cut the DNA. We feel that these double strand breaks the scissors cause may not be broadly applicable to common diseases,” says Dr. Tabibiazar.  “Many genetic diseases also have multiple mutations in them. You can’t go in and edit every letter in every word, so to speak. Sometimes you need to replace a whole paragraph. If you can only make minor edits, you limit applicability to a small subset of patients.”

These challenges aren’t trivial, and as such, Drs. Tabibiazar and Higgins didn’t have an immediate or obvious solution. Then, they began looking at the problem through a different lens.

“We asked ourselves, how does evolution do that? That's when we began to study the biology of genetic mobility and the enzymes that move genetic information around, which is how our genome was put together in the first place,” says Dr. Tabibiazar.

During the COVID lockdowns, when access to wet labs was limited at best, SalioGen put bioinformatics to work. The company analyzed the DNA sequences of millions of genomes and developed a sequence of the enzymes responsible for gene mobility. “We then engineered it in a few different ways,” says Dr. Tabibiazar. “We came up with a whole slew of different variants of that enzyme. To our knowledge, we are the first and only company that uses a mammalian enzyme for manipulating the genome, inserting large pieces of DNA into the genome. This enzyme became the backbone of our gene coding platform.”

That backbone supports a preclinical pipeline that demonstrates SalioGen’s indication-agnostic approach. Diseases of the retina, liver, heart, lung, bone marrow, and kidney are all on its docket.

To hear Dr. Tabibiazar’s plan to effectively manage such a deep and diverse pipeline—both internally and through partnership—and more on how SalioGen is developing its unique approach to gene editing, tune in to episode 88 of the Business of Biotech podcast.