Your Drug Development Team Holds The Key To The Clinic 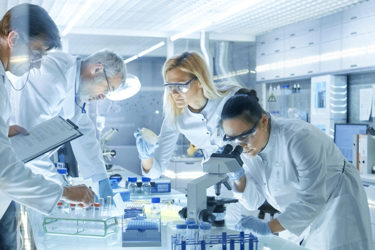 Amolyt Pharma founder and CEO Dr. Thierry Abribat credits his company’s fast clinical pace to the assemblance of an experienced drug development team. Here’s some of his advice for the leaders of new & emerging biopharmas.

Founded in 2014 by Dr. Thierry Abribat, Amolyt Pharma is moving quickly on its three public therapeutic candidates for rare endocrine (hypoparathyroidism, acromegay) and metabolic diseases. Dr. Abribat credits the company’s speedy progress to a combination of strategic and interrelated decisions made at the outset of its formation: building an experienced team and positioning assets where the action is happening and the money is flowing.

Born and headquartered near Lyon, France, Amolyt Pharma established a subsidiary in Cambridge, MA on the back of its lead program, which is a licensed product developed at Massachusetts General Hospital and the Harvard Medical School. “We wanted to be close to the fabulous scientists who designed the peptides we’re developing to nurture our research collaboration,” explains Dr. Abribat. “Boston offers a very important biotech cluster, and by having a team in both Europe and the U.S., we’re better suited to implement global clinical trials, as well,” he says.

It's also not lost on Dr. Abribat that, while the Lyon area boasts a bustling biotech scene of its own, the Euro-American combination equips the company with a more powerful one-two financing punch. The company made good on that effort with a healthy $76 million Series A in mid-2019. “We realize that to build the kind of company we want to become, we needed to be closer to the U.S. financial markets. A company like ours might, at some point, become listed on the NASDAQ, so at this point it’s important to have access to our own financing, which means being closer to U.S. investors,” he says.

Begin with the end in mind. It’s such oft-heard advice to new biopharma leaders, it’s become cliché. And in truth, it’s much more difficult to do than it sounds. For Dr. Abribat and Amolyt Pharma, beginning with the end in mind meant ensuring its drug development team had the experience necessary to take the company’s lead candidate into the clinic and beyond—and he ensured that team was in place far earlier than most. “Reaching the clinic is a major milestone for a biotech, particularly in terms of valuations and investor opportunity,” says Dr. Abribat.  “Getting there meant ensuring we had a team that had done it before. Most of my team have walked with me in previous ventures. We’ve moved compounds through all the clinical stages and on to approval. Even when you’re pre-clinical, when you first launch the company, a drug development team that knows how to move the molecule forward is foundational.”

Ignorance of this fundamental, says Dr. Abribat, is often the culprit in failed companies founded by scientists with the best intentions. “We scientists make bottom-level discoveries, and at some point, we realize we’re not ready to support the development of those discoveries.” That’s why Amolyt Pharma assembled a team including VP of CMC David Duracher, Ph.D. VP of Clinical Development and Regulatory Affairs Soraya Allas, M.D., Ph.D., and CSO Michael Culler, Ph.D., while it was yet a pre-clinical company. “Drug development is a multi-disciplinary task. Project management is key because there are a lot of parallel activities ongoing. You need to organize an experienced drug development team from day one. When you’ve done something before, the next time you do it, you’ll do it a little bit better. You won’t repeat mistakes you’ve made in the past. Drug development is very, very challenging. Nothing replaces experience.”

Tune in to episode 35 of The Business of Biotech for more insight into Dr. Abribat’s success strategy, including the company’s extraordinary efforts to maintain relationships with investigators and hospitals in its early clinical endeavors, managing CRO relationships, and maintaining drug quality