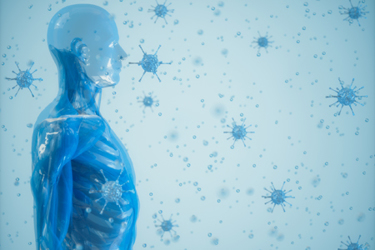 As a boy, Tuyen Ong beat the odds when he and his family slipped out of communist Vietnam on a boat in the dark of night. He beat them again when his family emigrated to London from a Philippine refugee camp, and yet again when he escalated from council housing to acceptance at UCL. He slayed those odds when he earned his M.D there and moved on to leadership positions at Pfizer, Bausch + Lomb, and Biogen, among others. Now he’s CEO at Flagship Pioneering’s Ring Therapeutics, which has its sights set on developing a gene therapy platform that will help cancer patients beat their own odds.

On episode 92 of the Business of Biotech podcast, Dr. Ong shares the harrowing story of his upbringing and how the seemingly insurmountable challenges he faced as a child—escaping Vietnam, facing down racism, financial hardship, and more—have shaped his leadership at Ring.

The Potential Advantage Of Commensal Virus

Ring Therapeutics ring is leveraging human commensal virus vectors to deliver re-dosable and targetable gene therapy in a way not seen before. It's developing human anelloviruses as a new class of gene therapy vector, building on their potential to overcome some of the viral vector challenges that have vexed the gene therapy field, including tropism, safety, immunogenicity, and re-dosing.

As most promising science does, Dr. Ong says the Ring hypothesis started with questions. “We asked, what if there are viruses that live in and amongst us that don't cause disease? If so, can we harness them for delivering therapeutics?” As it turns out, there are. Ring pinpointed a family of innocuous commensal viruses called anelloviruses that have co-evolved with humans over millions of years. “These viruses are tropic, they have established specific traits in specific tissues, as well as the ability to avoid the immune system, making them the ideal vector,” says Dr. Ong. “When we think about some of the limitations in terms of viral gene therapy, it's the lack of tropism, not having specific potency, and immunogenicity.”  Largely because they evade immune response, Ring believes anelloviruses hold the potential to deliver therapeutic payloads safely, precisely, and in a manner that allows a flexibility of dose adjustability and re-dosability that’s currently unattainable. “In anelloviruses, mother nature has given us an extremely strong hand,” says Dr. Ong.

“The platform is scalable, and it allows us to introduce different payloads,” says Dr. Ong.  “We're able to package DNA, RNA, and potentially conjugate peptides on the external surface of the vector.”

Ring is well-funded – its 2020 venture round and 2020 series B having netted nearly $170 million – and well-staffed, with more than 100 employees and growing. Those resources have been poured into the Anellogy platform buildout, setting the company up for IND enabling studies. While partnership opportunities are sure to abound, Dr. Ong says for now, the company will leverage its IP and expertise to develop and advance its pipeline internally.  “We’ll be sharing our in vivo and in vitro data with the scientific and biotech communities in due caution before soon turning our attention to preparing our pipeline for the clinic,” says Dr. Ong. He holds the candidates that will fill that pipeline close to the vest, sharing only that the opportunities are nearly limitless. “We believe we have an embarrassment of riches. There’s not much that anelloviruses can’t do as a class of viral vectors, and the payload versatility is broad enough to address multiple diseases and multiple modalities,” he says.

Dr. Ong’s backstory is an inspiring one you don’t want to miss.  Tune in to episode 92 of the Business of Biotech podcast to hear it.