Why A Physician/Professor For 30 Years Jumped To Biotech 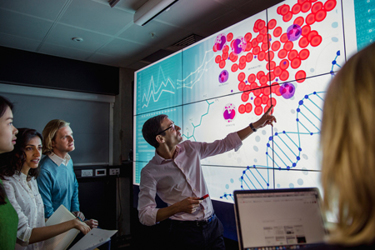 I first met Dr. Seth Lederman in the fall of 2020 when I, along with everyone else on the globe covering biotech, was being inundated with pitches to speak with the hundreds of clinical stage biopharma leaders seeking to solve the then-new COVID crisis. It was also a time when no one was predicting that biopharma capital markets would tumble as rapidly as they have.

I've talked with a lot of those leaders since, but the perspective of Dr. Lederman, who co-founded and now serves as CEO and chairman at Tonix Pharmaceuticals, is unique in a number of ways which we discussed on episode 98 of the Business of Biotech podcast.

A Foundation Of Academic/Industrial Collaboration

As unique perspectives go, Dr. Lederman’s starts with a critical, yet optimistic retrospective of collaboration between academia and industry and a nostalgic bend for the old days of big pharma. He’s a dyed-in-the-wool member of the former, having spent three decades as a Columbia University professor after earning his M.D. there. But when his work led to the discovery of the CD40 ligand and development of a humanized monoclonal antibody for it, he caught the interest of Biogen and cemented an interest in industry that had begun to develop roots years prior. Having grown up in Manhattan and earned a chemistry degree from Princeton back when the pharmaceutical industry was anchored in NY by the likes of BMS and Pfizer, his formative years were spent in the epicenter of pharmaceutical R&D.

“I saw the peak of the New Jersey and Manhattan pharmaceutical industry, and I watched the emigration of many of these companies to Cambridge and other places,” says Dr. Lederman. That experience informs his perspective. “When I was in medical school at Columbia and starting out as a professor, there were two poles; there was academia and there was big pharma. At that time, big pharma was really a remarkable institution. I think if the world was perfectly run, we would continue to have big pharma operating as it did back in those days.” Big pharma, he says, had phenomenal resources and unbelievable basic science going on within their walls. “I did a mini sabbatical at Merck in 1990, and several of my views on big pharma can be expressed by Merck in those days. You had a large complex with a wall around it, but inside the wall, you had chemists interacting with crystallographers interacting with biologists and it was just amazing what was going on there.” The company was developing drugs, running clinical operations internally, launching multiple studies simultaneously, doing orderly research on dosing and pharmacodynamics, and internalizing every step from end-to-end. “It was affectionately called Merck University,” he says.

Academia at the time wasn't nearly as sophisticated, says Dr. Lederman. Then he observed a tectonic shift. “I think the investors got greedy, and I don't know why pharmaceutical executives went along with it, but big pharma became a very stripped-down version of its former self. Basic science was stripped down, cut out, and there was this idea that big pharma had to be more financially lean. That became the new contest; how to shed core things like R&D, how to shed manufacturing, and how to ship these things overseas. What you see in big pharma today is a very thinned-down version of itself, a profit-making machine that’s less focused on innovation,” he says.

That’s when the biotech industry as we know it today began to emerge, playing an ever-growing role in the basic science and execution of drug development, increasingly in partnership with academia. “Today big pharma is, for the most part, a sales and marketing organization and a merchant bank of sorts,” says Dr. Lederman. “Now you have this burgeoning biotech industry, and that’s exciting, but all of the risk has been concentrated there. In the old days, the scientists took on less risk. Critics of the old big pharma might say they weren't good at innovation. I'm not sure I'd agree with that, but today’s biotech certainly is a dynamic culture, where there's a lot going on and a high premium on innovation.”

As big pharma’s transition to almost purely commercial interests occurred, and as the new and emerging biotech industry began to sprout, it became incumbent on academia to evolve its role in the biopharma ecosystem.

When he was working with Biogen, Dr. Lederman realized that one of the key functionalities the company could improve on was clinical development. “I’m a physician and I was an associate professor of medicine. For many years I worked in the division of rheumatology, practiced rheumatology, and taught rheumatology. And I realized that that combination was, uh, very valuable in industry. But at that time, the University was going away from a model where people were trained to be “triple threats,” meaning research, clinical, and education.” Increasingly, he says, universities were pigeonholing people into just basic science, just clinical, or just education as those disciplines became more specialized. “I found that the environment at Biogen, where there was a lot of interaction between clinical, development, and R&D teams, was very stimulating. And I felt that my expertise in clinical medicine, as well as my basic science training and accomplishments, were better suited to filling a greater need in biotech. There were many smart people doing molecular immunology, molecular virology, and genomics, the things I was involved with at Biogen. I was fortunate to have been a leader in some of those areas, but I felt that I was more needed and potentially more valuable in biotech.”

In 2014, Dr. Lederman tested that hypothesis when he co-founded Tonix Pharmaceuticals.

Eight years later, the company has twelve mid-to late-stage candidates in the clinic and several more pre-clinical programs in the works, spanning a wide range of modalities and indications. Learn about those candidates and take a deep dive into its COVID-19 program on episode 98 of the Business of Biotech.