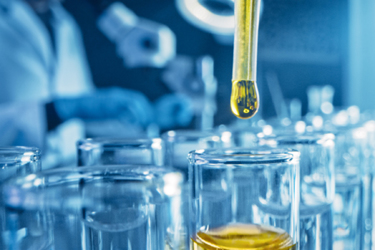 Dr. Michael Henderson wanted to practice medicine. Nobody in their right mind, he surmises, would choose med school—much less Stanford Medical School followed by Harvard, as he did—if that wasn’t the case. Med school, he says, is a tough and unlikely box to check off if your end game is biotech entrepreneurship.

As biopharma leadership goes, there’s often a “but…” Dr. Henderson’s academic research on a rare dermatological cancer led to some discoveries that had business potential. He pulled that string, which exposed him to venture capital. In his words, he “just kept chasing it down,” and before long he’d founded a company called PellePharm.

The progression of Dr. Henderson’s career from there includes stops at McKinsey, Kaiser Permanente, and GE Ventures, followed by a host of directorships and c-level positions at startup biopharmas. For the past five years, he’s served as VP, SVP, and chief business officer at BridgeBio, a company boasting more than 30 candidates ranging a host of modalities and indications, from small molecules to gene therapies (PellePharm is now a BridgeBio company).

Along his journey, Dr. Henderson has never lost sight of his early transition from research to the business of drug development, and that link between academia and industry has informed his worldview ever since. In fact, he credits that connection with the robust expansion of the BridgeBio pipeline. The company has developed a forte for breathing new life into often-overlooked academic assets.

Dr. Henderson shared strategic advice on leveraging academic research to drive pipeline expansion on episode 50 of the Business of Biotech podcast. Here’s an abbreviated recap of the conversation.

Business of Biotech: Tell us how academic and research partnerships work to help fuel your pipeline expansion.

Dr. Henderson: From the beginning, our goal was to be the partner of choice for academic researchers. It’s idealistic, but if you have an idea and you’re wondering how to move it forward, we want to be seen as the partner-friendly means to that end. We’ve partnered with a growing number of institutions to grow our pipeline beyond 30 candidates, and most of those have come out of academia. We’re currently focused on genetic pediatric diseases. We sit down with the tech transfer office, or a group of academics, and we share our vision—to take the work they’re doing and find a way to support it through translation to the clinic. Whether it’s drug metabolism and pharmacokinetics resources or manufacturing capabilities or an investment in natural history studies, we determine what’s missing, de-risk it, and determine whether there’s a path forward.

Business of Biotech: Who’s involved in the formation and management of these partnerships?

Dr. Henderson: There's a team of six people on our early-stage business development team. Three are dedicated to working with academic medical centers. Their job is to talk to tech transfer offices and academics every day about the research they're doing on genetic diseases. We don’t take the typical approach of hearing pitches and saying, ‘thanks but no thanks, this is interesting but it’s not for us.’ Instead, we meet with everyone who submits an RFP for a rare genetic disease and offer very transparent and valuable feedback. If the project is at the discovery stage and not ready for translation, we guide them very specifically on how to develop a clear experimental design that will delineate their potential pathway.

Dr. Henderson: It's a two-way process. We offer the historical properties and probabilities of success. We analyze the market potential based on unmet patient need, competitive programs, and the dollars it would take to get there. We agree mutually on a go/no-go factors to develop a therapy that will be truly meaningful at the end of the line.

It’s important to agree on these early, because the easiest thing to do in biotech is to fail forward, to develop so much momentum that you'll end up continuing to push forward on an unworkable project. We see it all the time. You’ll never see a biotech company data release without a positive spin on it, even when they miss endpoints. So, we set very clear expectations early on for what’s meaningful for patients and what the path forward will look like.

Then we work on the business aspects with the academic partners. What do they care about? Do they want equity in the new company, sponsored research, or both? How many founders are there? We work out those mechanics, and we’re generous to founders. Without them, we don’t have anything. There’s no path forward without them. Upon success, we give them a large piece of the pie, aligned with the size of the market, so that we can push forward on the science and get on with it, rather than spend time on hard negotiations.

Business of Biotech: How do you qualify or quantify your successes?

Dr. Henderson: Metrics and quantification are incredibly important to making sure we’re not all hot air. To date, two thirds of our programs have come out of academia. We track the cost, the spin, and the time across stages compared to historical biotech averages. And we’ve demonstrated that we spend less money and move faster. "Our AG10 molecule, for instance, reads out its phase 3 data later this year. It came out of Stanford and had been overlooked by several different VC firms. We took it from Stanford’s lab to a phase three trial in just under three years, and with far less capital than anyone would have predicted. Now we’re turning that crank on more of those academic candidates. They won’t all work, and we’re transparent about that. But our model is based on historical properties of success, and that model enables us to advance as much science as possible.

That’s just a snippet of the conversation. Tune in to episode 50 of the Business of Biotech podcast for a much deeper dive into the inner workings of the BridgeBio model with Chief Business Officer Dr. Michael Henderson.