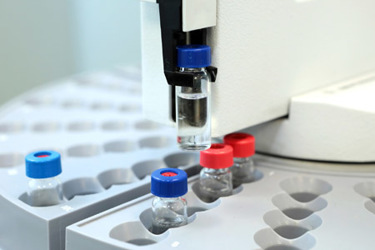 When Anthos Therapeutics set course on a clinical supply strategy for its lead candidate abelacimab, CEO & President John Glasspool had a lot of biopharmaceutical manufacturing experience from which to draw on. Novartis, J&J, Baxter, and Baxalta are among the major leaguers he played with before joining the emerging biopharma ranks with Roivant, and then Anthos.

Glasspool leaned into that experience in his company’s development of what he calls an “externalized hybrid model” for the manufacture of abelacimab, and he maintains conviction that it’s “a very good model for emerging biotech.”

“The quality and detail in processes that one has in any large pharma company are tough to be improved upon in terms of the rigor of what gets done,” says Glasspool. On the other hand, he says small biotechs are often superior in one or two disciplines, but don’t have the broad expertise to apply excellence to the entire program. “They might focus on the clinical trial design, for instance, but pay less attention to manufacturing. Or they may ensure their recruitment criteria is correct, but not put enough emphasis on the assay,” he explains.

At Anthos, Glasspool says, company leadership engaged in an objective examination of each discipline, determined what great looks like, and sought out how Anthos might achieve big bio-level manufacturing comprehension on a small bio budget. He offers an example. “In big pharma, you'll often go to an external group to do additional work, but you'll have three or four people that duplicate 40% of what you do with your externalized partner,” he says. “In smaller companies, that same work might need to be done, but the company doesn’t have any internal experts at all.” In those cases—and there are many of them, including manufacturing—Anthos engages wholly external partners.

“We’re not going to build factories to manufacture antibodies. These things exist at a level and quality that would be very difficult for a small company to reproduce, especially in consideration of the speed at which we have to work,” says Glasspool. But he also acknowledges that Anthos doesn’t want to throw everything over the fence, which is where the hybrid part comes in. “We have really experienced people in regulatory, quality, manufacturing, clinical trials, and clinical operations who oversee our partnerships with those third parties. And we emphasize the partnership. We don’t have companies to which we are outsourcing, we have partners. We make it clear to our partners that we need their hands, their heads, and their hearts, not just their hands and feet.”

Carefully selected partners achieve Anthos’ goal of flexing big pharma muscle in a small bio environment. The company’s outsourced statistical group, for instance, is comprised of the same team he worked with while at Novartis.

Are Long Lead Times A Cost Of Doing CDMO Business?

Outsourcing skeptics often point to the risk of losing timeline control as their primary aversion to contracting with external development and manufacturing partners. They cite competition for capacity and the resulting long lead times and point to the exacerbation of the capacity crunch during the pandemic.

Glasspool acknowledges these problems, but he argues that they’re avoidable. “Starting with the end in mind—that is, determining where you’re trying to go and what you think you’ll need to have ready when you get there—allows you to see your timeline in reverse, which will allow you to identify weaknesses in the processes in plenty of time to address them,” he says. “Is your end game an IND? A phase one trial? A phase three trial? Working back from the goal and anticipating where delays might occur will keep you on track.” For example, Glasspool says you’ll want to do your confirmatory clinical trials using the same process that you did your initial trial. But what appeared to be very quick at the beginning may be very difficult to scale and reproduce later in the process, he cautions. “We were recruiting for our phase two studies during COVID, and we were starting to hear about issues with non-human primates due to the amount of non-human primate studies that were going on at the time,” he says. “We knew that we needed to run an ePPND (enhanced pre- and postnatal study) for our BLA in 2022 if we were going to maintain the BLA timelines we had planned. So, we searched for a partner to conduct that study early on and signed that contract in February 2021. Even though we knew we didn't need it done for well over a year, we signed that very early on the simple basis that we could not let that study be rate limiting, and because we signed so early, we secured access to that study on our timeline, not the partner’s.”

Like many biopharma companies, the unanticipated materials shortages during the early days of the pandemic—such as single-use bioreactor supplies—caught Anthos a bit off guard. But Glasspool is quick to dismiss the notion that had the company been running its own bioreactor in its own facility, that disruption could have been avoided. “I’m skeptical that a small biotech would somehow carry more negotiating leverage than a large CDMO would when equipment is in short supply,” he says.

Want to hear more of Glasspool’s first-hand hybrid mAb manufacturing anecdotes and advice? Hear our entire discussion on episode 82 of the Business of Biotech podcast.