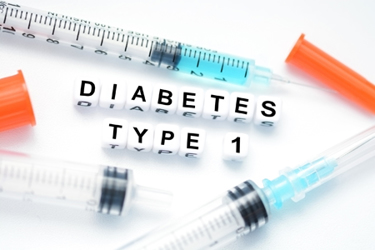 The Juvenile Diabetes Research Foundation is leading the rapid expansion of type 1 diabetes therapeutic development through its unique and aggressive T1D Fund, and many of the companies it’s backing are developers of biologics. The Business of Biotech caught up with Katie Ellias, Managing Director at the Fund, to learn more.

At the T1D Fund, the expedition of developmental therapies to diabetes patients is the explicit mission.  Ellias says the venture philanthropy mechanism developed by the fund’s founder differs from traditional venture capital in that it’s a non-profit. It doesn’t raise capital from investors to return profit to those investors. Rather, the Fund raises capital from donors who expect a mission return, as opposed to a financial return, on their investment. “Any proceeds made from the equity investments the T1D Fund makes in venture-backed startups goes back into the fund coffers for redeployment in other areas that can help move therapies to patients,” explains Ellias. “I'm a little biased, but I would say we do it in a pretty pure way.”

The goal of JDRF and its T1D fund is ultimately to bring life-changing cures to people with type 1 diabetes. “Even now, a hundred years after the discovery of insulin, we have no disease modifying therapies for the almost 20 million people worldwide who are living with T1D, not to mention the millions more who are at risk of the disease because of their genetic predisposition and other factors in their or biology,” says Ellias. “We view this desire to bring these therapies forward as a long-term effort. We felt that a donation-based, not-for-profit, evergreen type of structure where we don't have to return capital after 10 years, as you would in a typical fund, was the right setup for achieving these long-term goals and outcomes of the foundation.”

Thus, the T1D Fund can exercise more patience than the financial return-oriented venture capitalist can. “When we make an investment in a company, we don't have a ticking clock for our own purposes in terms of how soon that return needs to be generated,” says Ellias. While the T1D Fund is aware that the for-profit investors who are investing alongside it do have those expectations, the Fund itself focuses on working with its biopharma beneficiaries to make sure the science is progressing, thereby driving an impact on the JDRF and T1D Fund mission. “We're really working to accelerate cures. And as a result of that, we're maybe approaching our model a little differently than some of the other disease-focused investment vehicles you come across,” she says. “We’re not set up as a fundraising vehicle for other things that the foundation is doing. The JDRF is a foundation that's been serving the needs of people with type 1 diabetes for 50 years. They do a lot of great things in this space. They fund academic research, they lobby on Capitol hill and across other countries, and they foster the T1D community by supporting parents,” she explains. The Fund, on the other hand, focuses exclusively on getting venture-backed therapies to the clinic as fast as possible. “When we raise capital, it's only for that. And when we get the capital back, we keep it for that. The fundraising activities of the foundation for those other things happen separately, with their own support and their own teams.”

When T1D fund managers like Ellias evaluate new opportunities and deals, the astute focus is on the potential of the technology or therapy to dramatically change the lives of type 1 diabetes patients. “If that's a check, we move to all the other regular attributes that any VC in the for-profit sector would think about; the deal, the team, the technology, the syndicate, the market dynamics, etcetera,” says Ellias. If the opportunities the Fund analyzes purely through it’s “disease curative potential” lens don’t check all those traditional VC Fund boxes, it’s unlikely to get funded by the T1D Fund because it’s unlikely to rally the additional support of the for-profit VC community, thus limiting the capital it would take to get to the clinic. “Our for-profit colleagues have to be clear on why a particular opportunity is worth their time,” says Ellias.

The T1D Fund’s rigorous vetting approach makes it a valuable ally to for-profit investors. That’s an important detail in this particular therapeutic area, where investment dollars have historically been spread thin. The Fund’s scientific advisors play a key role in ensuring sound investments.

“We haven’t seen aggressive investment in type 1 diabetes therapies for a few reasons,” says Ellias. “Believe it or not, there remains a lot of confusion between type 2 diabetes and type 1 diabetes. Sadly, we see that confusion even among clinicians and general practitioners. That’s even more amplified in the investment community, so there's an education that needs to happen to differentiate the two.”

And while Ellias says the type 1 diabetes addressable market looks small compared to the type 2 market, it’s still one of the largest autoimmune diseases that has no disease modifying therapy. “Clearly, if you solve this, there's a prize at the end,” says Ellias. She also points to the common misunderstanding that that insulin is a cure. “For anyone living with type one diabetes, it’s clear that insulin therapy is lifesaving. There's been a ton of progress made in how patients access insulin therapy, but it's absolutely not a cure, and this is an incredibly high-burden disease.”

Still, the fact that insulin therapy is safe and available sets a high bar for new disease-modifying therapies. Many attempts to bring novel disease modifying therapies to type 1 diabetes have failed over the years, leaving what Ellias characterizes as “scar tissue” that serves as a reminder of the great challenge.

New therapies, however, are catalyzing renewed interest in the field. To date, the T1D Fund has invested in 29 biotechs. Many of them are developing biologics. “We’re modality agnostic, but several of the opportunities, especially the ones that are coming to the fore, are in the biologics space. There's an explosion of science in this area,” says Ellias. She cites one example in Pandion Therapeutics, an autoimmune platform developing bi-specific antibody therapies for tissue targeting. “While Pandion's lead program was in ulcerative colitis and IBD, our team had discussions with the management of the company and its investors not long after its founding to discuss how their platform could be used to deliver immunomodulators to the pancreas using that tissue-specific targeting approach,” says Ellias. “Getting the payload to the tissue of interest and minimizing side effect in other tissues is obviously something that's really important for many diseases, including type 1 diabetes, where you want to regulate the immune system in that tissue without creating problems for regular immune activity,” she explains. The Fund saw great promise for Pandion’s technology to be applied to the T1D ecosystem to delay or even prevent disease progression. “Ultimately, our investment in Pandion Therapeutics helped catalyze their pancreas program, which started off with a relatively small investment. They were able to better staff that program. As Pandion made progress with the science, it caught the attention of Astellas, a pharmaceutical company that hadn't previously invested in type one diabetes,” says Ellias. Pandion ended up signing a collaboration deal with Astellas to work on several pancreas programs that continue today, even after Pandion was acquired by Merck.

That’s but one example of the progress the T1D Fund is driving in biologic modalities for type 1 diabetes treatments by dangling valuable carrots in front of fitting biopharma companies. To hear more about its work, renewed interest in the gene therapy space, and how the venture philanthropy model might fit into your clinical development plan, tune in to episode 80 of the Business of Biotech podcast.