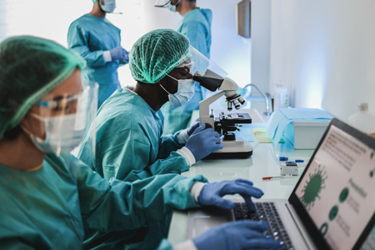 Capillary isoelectric focusing electrophoresis (cIEF) was designed as a substitute for gel isoelectric focusing which is used for the separation of molecules by differences in their isoelectric point (pI). In monoclonal antibodies (mAb) quality control, cIEF is used for the detection of charge variants including lysine clipped and deaminated impurities of a protein which are process driven modifications of the parent mAb and has been used in quality control of mAb produced by biopharmaceutical companies for over 10 years (1).

cIEF works by mixing the protein sample with Ampholytes, which are mixtures of charged molecules with a range of isoelectric points (pI) that encompass the pI range of the protein sample. The whole mixture is then injected into a capillary, an electric voltage is applied, and the migration of the ampholytes encourages the proteins to move along the pH gradient until they reach a point where they have no charge (2). Pharmalyte® ampholytes are mixtures of 600–700 different amphoteric compounds and are synthesized by the co-polymerization of glycine, glycylglycine, various amines, and epichlorhydrin. Because of their hydrophilic nature, Pharmalyte® does not bind to proteins and are available in both wide and narrow pH ranges which make them ideal for tailor made mixtures to produce high resolution separation of protein charge variants.