4 Tips For Biotech Financing From Afar 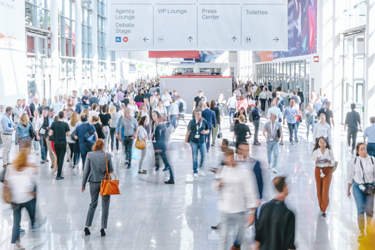 Gone—for a while, anyway—are the days of pressing the flesh and pounding the pavement with your pitch deck. Here’s how one successful startup biotech is maintaining its conduit to cash.

Randy Schatzman, Ph.D. has served as CEO at Bolt Biotherapeutics since 2019. His company, founded just a few years earlier, focuses on immuno-oncology drug discovery, development, and soon—given the hints offered by recent hires and positioning—commercialization. In June, Bolt Bio closed a $93 million Series C round of financing in anticipation of a looming IPO. It did so without the benefit of airplanes and pitch meetings and cushy dinners with investment bankers.

The Business of Biotech podcast caught up with Dr. Schatzman for a discussion on how the COVID-19 pandemic has changed the fundraising game, and some of the adjustments he’s made to ensure cash continuity in the face of COVID.

Before the pandemic, says Dr. Schatzman, the J.P. Morgan conference was known as the biotech love fest and a viral cesspool. Thousands of people from around the world would converge every January with their colds and their flus and by late January or early February, the entire industry would be sick,” he says. Organizers have announced the conference will go virtual in 2021, and rightfully so. Coming off of this year’s event, Dr. Schatzman didn’t waste time making adjustments to the weeks-on-end he would have spent flying around the world to follow up on J.P. Morgan meetings.  And those adjustments are informing his strategy for 2021.

…Bring The Investors To You

“For a few weeks, naively thinking this would be a short-lived thing, we did a lot of work on the phones,” says Dr. Schatzman. That was quite a departure from the intimacy that facilitated relationship building over a series of face-to-face meetings. “It’s the personal relationship that drives the trust you develop with investors. That’s what establishes their belief in your story,” he says, and ultimately gets them stroking checks to support what you do.

Schatzman found video conferencing a valuable tool in the effort to maintain the visual connection so important to relationship building. But as the virus weaved its way around global biotech funding hubs, he discovered something far more nuanced, something that further informed his strategy.

The investors Bolt pitched at J.P. Morgan this year hailed largely from Asia, Europe, and North America. As the disease spread around the globe, he saw activity on those continents ebb and flow. “In early March, Asia was pretty much shut down and unresponsive. Here in the U.S., the dialog was continuing until later in the month, when the U.S. market took a dramatic downturn and many investors pivoted inward to their own portfolios,” says Dr. Schatzman.

…And Allocate Your Resources Accordingly

“A month or so later, Asia came back, and we re-engaged those conversations. Six months prior, that would have entailed three days on an airplane for an hour-long meeting,” he says. As it came to pass, Bolt found success in Asia, and when the U.S. market re-engaged closer to summer, Bolt had honed its approach to the virtual pitch. The company credits a good portion of its nearly $100 billion Series C funding to following the pandemic and aligning its resources and efforts in geographies where the audience was most receptive.

Dr. Schatzman says it’s important to recognize that investors are as limited in their mobility as you are. “Instead of being on airplanes and flying to healthcare conferences, they’re in their home offices taking phone calls and video conferences,” he says. That required some adjustments to the pitch process, and the deck itself. “We send the deck to the investor ahead of time, so we’re not walking in cold,” says Dr, Schatzman. “This gives them some time to read and formulate questions ahead of time. We've also put more information in our decks than we did before, so that while we’re presenting, they can flip through the slides and read. In a face-to-face setting, where there's more opportunity to actually explain and answer questions, we prefer a more simplified deck and rely on the conversation to make those connections.”

…But Be Ready For Quicker Timelines

Dr. Schatzman says that as the investment world adjusts to this new mode of pitch normalcy, he’s seeing tighter timelines—albeit a timeline packed with more meetings. Instead of one or two face-to-face conversations to move an investor over the line, he says there might be four-to-six conversations in rapid succession. “Instead of having two-to-four weeks between them, there might only be a few days if follow-up because everyone’s working so much more efficiently, and audiences are so captive.”

Dr. Schatzman recalls the origins of one of his best funding deals while leading Alder Therapeutics, prior to his tenure at Bolt. “We were standing in line for a coffee at J.P. Morgan, chatting with a few people who turned out to be investors. Six weeks later, we secured a significant investment that started by chance in that coffee line.”

Stories like this were once common. Today, these opportunities are unheard of.

“You have to be much more intentional now,” advises Dr. Schatzman. “We recently attended a healthcare investment ‘conference’ where we did 16 pitches in two days over Zoom. They were 45 minute conversations, scheduled five minutes apart from one another.”  The onus is on you to pack as much into those 45 minutes as possible, and then try to recreate those in-person hallway and sidewalk conversations in the days that follow.

While the biotech investment scene is as healthy as it’s ever been, it’s also as competitive as Dr. Schatzman has seen it. “When you get the chance to raise money in a market like this, you should raise money, whether you need it or not,” he says “The challenge then is getting the attention of the right investors, the ones you want to be in front of, to stand out among the crush of proposals coming through their offices. It takes a pitch that’s pithy in a way that grabs their attention early on and keeps them coming back for those follow-up conversations.”

As we approach a full year’s impact of the COVID-19 pandemic, Dr. Schatzman has accepted that the changes it’s wrought are here to stay. “I think the concept of the formal healthcare conference where we show up for a week and conduct 45 meetings is behind us. I don't think we're going to do that anymore,” he says, citing the efficiencies of time and money won back from airplanes and hotels. “Fewer airplanes, less jet lag and exhaustion, and more hours in a day when you’re not spending six of them on an airplane or in an airport – that all adds up to a better place for our teams,” says Dr. Schatzman. “We’ll choose wisely where we opt to do face-to-face meetings, but we anticipate much more use of virtual tools to cultivate relationships with investors along the way,” he says.

Hear much more from Dr. Schatzman on episode 14 of The Business of Biotech.