The Process Behind The Potential: Cue Biopharma's Therapy For HPV16-Related Malignancies 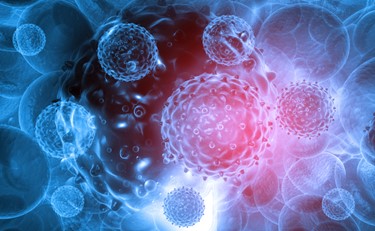 It’s an exciting advance for a timely therapy with a long demand curve. The human papillomavirus (HPV) is a prolific disease; estimates approaching 80 million existing cases and 14 million new cases per year are commonplace. Most of the 80 percent of sexually active people who contract the disease at some point in their lives will never know they have it. Others won’t be so unwitting. HPV infection is linked to a full 90 percent of anal and cervical cancers, 70 percent of vaginal and vulvar cancers, more than 60 percent of penile cancers, and up to a double-digit percentage of head, neck, and oral cancers. While multivalent vaccines such as Gardasil—the only HPV vaccine available here in the U.S.—provide prophylactic immunity and protection, that effect is not likely to be noticed in the general population until 2050 to 2060. HPV exposure that occurred pre-HPV vaccine (it was introduced in the U.S. in 2006) typically does not manifest itself as cancer until much later in life. Current treatment options for HPV-related metastatic head and neck cancer patients are decidedly limited, and prognoses poor.

With the medical need clear and demand climbing, I caught up with Cue Biopharma’s president and CSO, Anish Suri, Ph.D. and Cofounder, Ron Seidel III, Ph.D., EVP and Head of Research and Development. We discussed the drug development and bioprocessing approaches that brought CUE-101, the company’s lead biologic drug candidate to its current state.

Dr. Suri characterizes the traditional approach to immunotherapy as a “carpet bombing campaign on the immune system for activation to target cancers or chronic infections, or broad immune-suppression for autoimmunity.”

Interleukin-2 (IL-2), for instance, is an approved oncology drug. The challenge has been that it indiscriminately activates T cells, and many other cell types, putting patients at risk of cytokine storm or vascular leak syndrome, and thus resulting in a high potential for comorbidity.

Cue Biopharma’s approach with CUE-101 leverages IL-2 by selectively focusing on tumor-specific T cells, and minimizes its exposure to irrelevant non-tumor-specific T cells, thus mitigating the systemic immune activation that puts patients at risk of the aforementioned side effects. In CUE-101, IL-2 is the activating module that has been modified through structure-guided protein engineering to be highly selective, restricting its activity to target the right T cells by virtue of the peptide-human leukocyte antigen (pHLA) engagement. “In short, our biologic framework is based on an elegant engineering solution that's extremely selective for HPV-specific T cells,” says Dr. Suri. 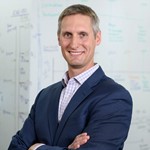 “We were intent on finding an engineering solution to an established immunology problem, a solution that would reduce the two-signal hypothesis (i.e. the T cells requirement for both TCR engagement and simultaneous co-stimulation to allow for activation) onto a single macromolecular scaffold.”

The architecture behind the basic framework used in CUE-101 was developed by Dr. Seidel, a protein engineer, Dr. Rodolfo Chaparro, an immunologist, and Dr. Steven Almo, a structural biologist, who co-founded the company. “At the Albert Einstein College of Medicine, we were able to rapidly iterate through numerous protein constructs focused on the coordinated structural, biochemical and functional analyses of the cell surface molecules that control adaptive and innate immunity. That set the framework for some of our early thinking,” says Dr. Seidel. “We were intent on finding an engineering solution to an established immunology problem, a solution that would reduce the two-signal hypothesis (i.e. the T cells requirement for both TCR engagement and simultaneous co-stimulation to allow for activation) onto a single macromolecular scaffold. We believed this would result in a novel protein therapeutic modality for tailored immune modulation.”

What Dr. Seidel describes is a focus on exploiting the very biological signals that T cells are seeking when interacting with antigen presenting cells (APCs). These natural “cues” formed a solid rationale for the application of the core technology. “We deployed rational protein engineering to generate therapeutic molecules on an Fc protein backbone that could deliver the key natural biological signals to the right T cells,” he says. “At Einstein, we were able to iterate very efficiently, leading to the foundational IP that ultimately launched the company in 2015.”

This innovative biologics platform allows for selective targeting of the desired T cells via relevant tumor antigens, while maintaining patient safety. “You want the therapy that only focuses on the cells that matter sparing most everything else that is not relevant to the biological reaction,” says Dr. Suri. “That is the core strength of this platform.”

Dr. Seidel says Cue Biopharma has taken a traditional approach to chemistry, manufacturing, and controls (CMC) in its development of a biologic therapy on an Fc fusion protein framework. The company’s cell lines are CHO derivatives, and manufacturing for CUE-101 was outsourced to Catalent. “From the beginning, we sought for high yield, high stability frameworks in our design and builds. It's a two-plasmid process, with a heavy and light chain system analogous to traditional antibodies. Everything is stitched together with disulfides, and the result is a single stable covalent protein,” he says.

Cue-101’s titers and optimized master cell bank are in excess of a gram per liter, in line with the traditional antibody fusion-protein yields. “The benefit of using the Fc scaffold is that it enables both upstream and downstream processes,” says Seidel. It uses protein A for initial capture and purification, followed by ion exchange to remove host cell protein and DNA. “We're not seeing significant amounts of any evidence of by-products at room temperature, and no significant byproducts at 4 degrees Celsius. We continue to monitor our stability tracking and our drug substance looks promising thus far,” says Seidel.

Dr. Suri adds that early and concerted engagement with the FDA provided helpful guidance, which has facilitated the company’s path to the clinic. “We've been very strategic in our development of the science, meeting deliberately with the FDA to gain feedback allowing us to move forward with CUE-101 from the 100 series in the clinic,” he says. “Raising only the T cells against the cancer to minimize the risk of a potential adverse event was viewed favorably, allowing us to initiate the trial with a high degree of confidence in the starting dose.”

A Platform For Future Indications

Dr. Suri stresses that the approach Cue Biopharma took—building a platform for targeted delivery of biologic antigen-presenting interfaces—bodes well for the company’s ability to address additional indications in the future. “The science we’re deploying is at the depth and level of the tumor peptide that is bound to the HLA, which is the targeting mechanism. It engages a TCR on the corresponding T cell, and that enables the specificity, which is a great example of form following function,” he says. “This framework provides the modularity that allows us to change antigens to target new indications. By changing the tumor antigen peptide, which is either nine or ten amino acids, for a different sequence, you effectively target a different T cell subset for a different tumor indication,” says Dr. Suri.

Studies and trials of many emerging T cell therapies have demonstrated that treating patients with T cells extracted from a tumor and manipulated with a biologic therapy payload in the lab (ex vivo) can facilitate regression of some cancers. Cue Biopharma is on the cutting edge of executing that manipulation in vivo, leveraging the patient’s own T cell repertoire.

“CUE-101 gives us hope that we should be able to see some of these signals in the clinic,” concludes Suri. “We believe this is a very good opportunity for patients with an unmet medical need."