The Precarious Promise Of Biopharma PR 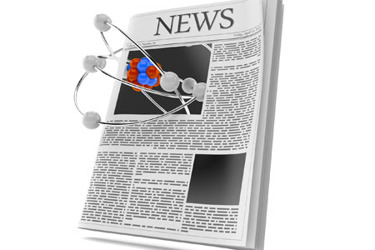 Public relations is a necessity for any company, yet it’s often an oversight until something big happens, or until something goes terribly wrong. And, even among companies proactively pursuing a PR strategy, there are more wrong ways to go about it than right ones. This is especially true in biopharma. In this industry, good news shared well can influence important stakeholders including investors, providers, patients, and even regulators. Bad news mishandled can mothball a promising molecule, or even shutter a company.

Matt Middleman, MD is founding partner and CEO at LifeSci Communications, a public relations company of some 60 PR pros, many of them life sciences PhDs and MDs, serving up public relations strategy and execution services to more than 60 pharma and biopharma brands. We caught up with Dr. Middleman on episode 52 of the Business of Biotech podcast to discuss the fundamentals of biopharma PR. Here’s some of his most poignant advice for newbies, and a solid right-angle check for established practitioners.

“The core objective of this work is to raise awareness of the company among a set of audiences,” says Middleman. “Among the first things we ask the companies we work with are, what are your corporate objectives over the next 12, 18, 24 months and, if we can raise awareness of the company, how does that help you achieve your objectives?” Among emerging biopharmas, some commonly heard objectives worthy of PR include raising money, recruiting employees, bringing a product through a regulatory process, and recruiting for clinical trials.

Develop A Strategy That Aligns With Those Objectives

Based on those objectives and who the audiences they’re trying to interact with are, the answers to those questions end up determining the strategies and tactics Dr. Middleman’s company will employ.  “Emerging companies in particular have some deep challenges when it comes to communicating externally and achieving that awareness objective. That starts with the fact that the awareness level of most of these companies, at baseline, is typically low,” he says. Compounding the challenge, new and emerging companies typically have a limited or infrequent news flow. New companies often rely on a single tool, such as a press release, to share that limited news. “You can’t rely on one tool or another,” says Dr. Middleman. “It’s how you use digital tools like social media, traditional media, and other creative means synergistically that’s most important to overcoming those challenges.”

Many small companies attempt to manage PR internally. Dr. Middleman says that’s not a “can we do it” question as much as it’s a question of how well it can be done. “Even if you have good internal PR resources, an agency will work as a force multiplier,” to ensure the multiple PR tools and efforts in play are working together to solve the awareness challenge.

How early is too early to engage in a PR strategy, especially if the news flow is relatively limited? Dr. Middleman says waiting until you’re within six months of a milestone is a mistake. “From a macro perspective, to determine when it’s time for PR, you simply need to ask yourself if raising awareness will contribute to your corporate objectives. From a micro perspective, if you're considering communications or PR around the time of a major milestone like a data announcement or a big round of financing, you want at least six months to be able to do the groundwork, socialize the story, and develop relationships with the folks that are really going to help you communicate and broadcast that news,” he says.

Dr. Middleman admits that the PR efficacy measurement question is a tricky one in our industry. “The gold standard is to conduct an audit of your audience at time stamp 0:00 and again at time stamp X down the road. You should see increased awareness and visibility among those audiences,” he says.  Most small biotech companies, however, don't have the time or the resources to do that, and their audiences aren't large enough to make the data useful. “In lieu of that, there are surrogate markers for success,” he says. “From a media relations standpoint, we can measure not just how many stories, podcasts, and media appearances have been published, but who the audiences are. Are they potential partners? Investors? Patients? Providers? That data allows us to project whether or not we’re reaching our audiences.”

Dr. Middleman says it’s also important to analyze the quality of the message after it’s received. “Are the journalists and influencers we’re talking with sharing the intended message? This is a very important marker for success for us now on the social media side, and that's an incredibly data rich platform. We can measure KPIs in near real-time,” he says. Dr. Middleman also advises paying close attention to the stock ticker during news cycles. “If you’re a public company and you hit a clinical milestone with a positive data readout, let's say you can expect a 20% bump in your stock value without doing any communications work. We measure the greater value earned when a communications and awareness campaign is executed ahead of the announcement. It’s not an easy delta to measure, but it’s the premise behind which our industry exists,” he says.

Talking To The Press Before Engaging A PR Firm

There is an appropriate time to talk to the press before developing a PR strategy: when you’re vetting PR firms to engage with. The journalists within the space you work know them all, and there are few, if any, with opinions on PR firms as strong as a journalist’s. There are a few great agencies, a few bad ones, and a cottage industry full of mediocrity.

Tune in to episode 52 of the Business of Biotech podcast for much more insight from Dr. Matt Middleman on playing the PR game.