The Philogen Family Prepares For Commercialization 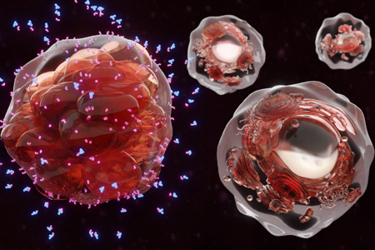 Prof. Dario Neri’s academic career is one of the more decorated I've seen.

I was honored to host Dr. Neri on episode 103 of the Business of Biotech podcast.

Working with Sir Gregory Winter during his postdoctoral work at the Cambridge Center for Protein Engineering, Prof. Neri made an important discovery. “We generated the first fully-human antibodies capable of selective localization on tumor blood vessels, sparing normal tissues,” he explains. “We had a vision that if these molecules were good, we should try to turn them into products. That's how the company started.” That was 1996. By 1999, Philogen signed is first collaboration agreement with Schering. In the years since, the company has added collaboration and/or licensing agreements with such heavyweights as AbbVie, Bayer, Boehringer Ingelheim, Celgene (BMS), Janssen Biotech, Inc. (J&J), MedImmune (AstraZeneca), Merck-Serono, Novartis, Pfizer, and Servier.

Prof. Neri’s calling might have been written in the stars. His great grandfather was treating patients with antibodies in 1899. The products he developed all those years ago contributed to the launch of Chiron and can be traced through Novartis all the way to today’s GSK. The legacy carried through to Prof. Neri’s father, who worked for those companies and encouraged his sons to follow suit. Dario’s brothers Duccio and Giovanni brought business administration and a Ph.D. in biotechnology into the fold. They’re now serving Philogen as Executive Chairman and Head Of Licensing and IP, respectively. The three brothers have complementary skills, but in the end, Prof. Neri credits Philogen’s success to “many talented collaborators to whom we are very grateful.”

Humility is another of Prof. Neri’s defining characteristics. While I felt fortunate to sit down with him, he repeatedly expressed his gratitude for the time spent with me. He brushed off acknowledgement of his accomplishments with a gentle smile. “Most kind,” he would say, before pragmatically picking up on what he considers the real stars of the show – the science and his teachers.

A Blurred Line Between Academia And Industry

“Targeting disease tissue while sparing healthy tissue is a simple concept, but it has to be played with the right tools,” says Prof. Neri. “It’s a complex operation from discovery to manufacturing to clinical trials.” He admits that the transition from an academic focus on discovery to the manufacturing and clinical work of the business has not been easy. “I’m an academic at heart, and I really do love discovery. I believe one can do very good discovery in both academia and biotech. I don’t see the division. It’s all about working on important problems and having the right tools.” Again demonstrating his deference, he points to the privilege of having worked with Prof. Kurt Wüthrich, who developed nuclear magnetic resonance methods for studying biological macromolecules, and Sir Gregory Winter, whose work was seminal to the humanization of monoclonal antibodies. “I’ve tried to copy them as much as possible. They didn’t win the Nobel Prize by chance. They worked very hard.” Aside from being a renowned scientist, Sir Gregory, in particular, influenced Prof. Neri’s perception on the link between academia and industry. He founded Cambridge Antibody Technology and Bicycle Therapeutics, the former having discovered D2E7, which went on to become Humira.

It wasn’t until 2020 that Prof. Neri moved full-time to Philogen. “Academia is, is great. But if you want to bring a product to the market, this has to be done in the industrial setting.”

Philogen’s “industrial setting” is expanding. Discovery work that began in Swiss and U.K. labs led to a GMP manufacturing facility in Montarioso, near Siena, Italy. A second manufacturing facility was recently constructed in Rosia, Italy in anticipation of commercial manufacturing. Clinical trials are taking place in the United States, 13 European countries, and soon, Australia.

Why take the entire operation on, soup-to-nuts, without reliance on outsourcers? “We have an integrated company from discovery to manufacturing to clinical trials,” says Prof. Neri. “Over the last 26 years, we grew these activities organically. Maybe we could have gone faster, but now we have these skills within the company. Our next big challenge is to show that our products reach their endpoints in pivotal trials. That’s when the next chapter will start, and we’ll decide whether to take the extra commitment of manufacturing products ourselves or finding alternative structures. That's still a topic of active discussion within the company,” he says.

Still, signs point to an internal effort, even post-commercialization. The Rosia facility was built with commercialization in mind, and Prof. Neri says manufacturing capacity isn’t a barrier in cytokine-based therapeutics. “These are highly potent drugs that don’t usually require a lot of material. Cytokines were not very fashionable 10 years ago. We started working in the field 20 years ago, and now they've become probably one of the hottest areas of biotechnology. But typically, our cytokine-based therapeutics are given in the single-digit milligram dose, which facilitates the opportunity to manufacture for a global market. The fusion proteins are purified straight out of the supernatant. They don't require chemical conjugation. Comparing a typical anti cd20 antibody given at 800 milligram per patient, to an antibody-cytokine infusion given at one milligram per patient illustrates why it’s easy, even for a smaller company like Philogen, to set up the process and to be in control of manufacturing.”

Learn more about Philogen, Prof. Neri, the science behind antibody-cytokines, and the company’s decision to in-source manufacturing on episode 103 of the Business of Biotech.