The Organizational Nuance Of An Immuno-Oncology Startup 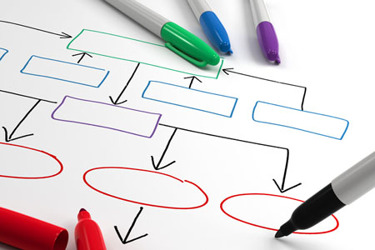 Back in 2008, Jeff Wolf was considering building a biotech around what he terms a renegade concept dreamt up by the late Dr. Eckhard Podack, chair of the Department of Microbiology and Immunology at the University of Miami Miller School of Medicine.

The idea was to develop a cancer “vaccine” comprising irradiated cancer cells that had been genetically engineered to continually secrete gp96, a heat shock protein in all of our cells that’s demonstrated an ability to induce immunity against antigens in the cell from which it came.

Wolf, a serial biotech entrepreneur and venture capitalist with a self-guided education in science, sought expert opinion. A host of immunologists told him the concept was interesting. They also advised him not to build a company on it. “They said, ‘everyone knows that you're never going to be able to activate the immune system to treat cancer,’” Wolf recalls.

Flash forward twelve years. Immuno-oncology is one of the hottest and most promising areas of biotech development, and that development is being backed by healthy investment activity.

The Business Of Biotech podcast welcomed Wolf to a Summer Executive Sessions episode, where he shared why building Heat Bio required a different organizational approach than his previous launches. Here are four particularly noteworthy takeaways.

But, having the resources necessary to move development forward isn’t just about raising money, it’s about keeping it. Developing and manufacturing biologics is an incredibly expensive endeavor. Wolf admits that’s been a particular challenge, especially now as the company, like so many, has turned a portion of its attention to COVID-19 vaccine development. Its running two shifts to maintain momentum on all its programs. But, says Wolf, “Control of manufacturing and clinical costs, in particular, is part of our DNA here. Our finance department has formal standards for holding the organization accountable.”

It took some risk acceptance for Wolf to refuse to heed the advice of experts back in 2008, but 12 years later the science he pinned his hopes on has taken Heat Biologics well into a phase 2 clinical trial in non-small cell lung cancer and shows promise against COVID-19 in pre-clinical animal testing. It’s worth noting that the company is far from a one-trick pony. Its pipeline exhibits diversity beyond gp96 with the initiation of two more phase 1 trials (one cell therapy and one antibody) for solid tumors.

Wolf shares a whole lot more on the science, the pipeline, and how he held the immuno-oncology company together when immuno-oncology wasn’t cool on this episode of The Business Of Biotech: Summer Executive Sessions.