The "Liberation" Of Science Yields A New Class Of Biopharma Leadership 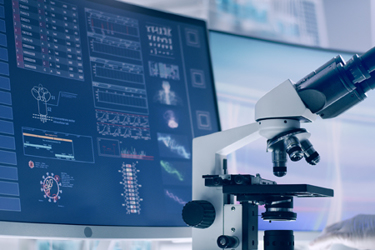 Current bear market in emerging biotech notwithstanding, there’s a longer-term trend in the biopharma space that’s inciting a bit of a talent exodus from big pharma to emerging bio. On episode 95 of the Business of Biotech podcast, Purespring Therapeutics CEO Richard Francis called that trend the “liberation of science” as he shared his motivation for leaving a C-suite career among the likes of Biogen, Sandoz, and Novartis for the challenge of leading a brand-new biopharma startup.

During his tenure as Division Head and CEO at Sandoz (a division of Novartis), Francis had the opportunity to serve on the Novartis Executive Committee. That committee held oversight of Novartis’ acquisition deals and R&D strategy, and it gave Francis an early and firsthand look at the science under consideration for acquisition by the $53 billion big bio juggernaut. “In that position, I was exposed to some incredible people and some incredible science, and I just saw how fast it was moving,” he recalls. “Then I saw some of the acquisitions we were doing, and it occurred to me that there’s no correlation between the places from which good science is emerging and a big R&D budget.”

Amazing science, says Francis, is popping up at an unprecedented pace, and Novartis was proving that with great, freshly acquired science in hand, it could take loosely formed ideas to product launch in as little as 4 to 5 years. “The advance of new modalities and development platforms is compressing the time from idea to treatment, and that’s changing the sector,” he says. “Because the science is everywhere, the notion that you’re either big bio or a startup is going away.” Access to the science, says Francis, has leveled the playing field.

“I decided that a foundation of great science, a platform that could yield multiple assets, and the funding to prosecute it were the three keys to having a transformative effect on a disease state, and if I could find an early-stage opportunity that offered all three of those, I’d take it.”

The first two of those criteria were trending upward well before Purespring’s founding in 2020. Advances in computational biology and a biopharma ecosystem rife with opportunities to put new science on display had created a frenzy of licensing deals, collaborations, mergers, and acquisitions. AI and machine learning have been contributing to efficient means of extrapolating multiple targets from singular discoveries and making minimally disruptive adjustments to assets to broaden clinical pipelines. “Platform” became a word du jour, but more than buzzword, discovery and development platforms were actually yielding viable portfolios for new biopharma entities.

The third criteria – the funding to prosecute the science and build the platforms – has been in shorter supply of late. But even in a bearish biopharma capital market, those darlings still finding financing success had the first two in spades. In 2020 Purespring was among them, netting a $60 million series A and setting the young company up with enough runway to take off despite short-term gloom in the financial forecast.

Francis admits that building a company on this three-point foundation was an enlightening first-time experience for a veteran of big bio’s perks. “We had amazing science, a great technology platform on which to build it, and the financing we needed to operate. We didn’t yet have an office, labs, a team, or a plan to build any of that. That was a bit of a change from what I’m used to,” he quips. “But I also knew I wanted to be a part of taking this company from scratch to a fully-integrated biopharma, and that I could no longer hang around the water cooler going crazy wondering what Muppet came up with this idea or that,” he jokes.

Fortunately, the timing and the trends contributed to Francis finding his trifecta. Learn more about Purespring’s ambition to own the renal disease therapeutics market on the Business of Biotech, available anywhere you listen to podcasts. It’s one of dozens of interviews with one-time big pharma execs who have followed the “liberation” of great science to leadership in emerging biotech.