The "Digitization" Of Therapeutics 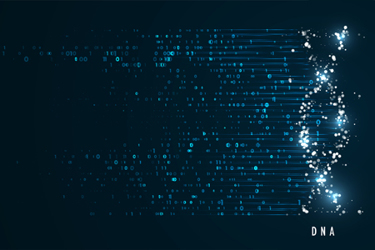 James Taylor, Ph.D., founded Precision Nanosystems back in 2010, when genetic medicine was more theoretical than it was practical.

Just eleven years later, the company was acquired by life sciences giant Danaher, marking a big bet on the company’s premise that advances in genomic medicine will result in a not-too-distant future where medicines will be designed, not discovered—and that designability will be extended to research labs far-and-wide.

Democratizing The Power Of DNA

“When we founded Precision Nanosystems, it was really focused around the ability to create very sophisticated medicines comprising hundreds of thousands of molecules that self-assemble into these structures that are your final drug product,” says Dr. Taylor. Its first grant was to develop bespoke sRNA therapeutics based on its tumor sequencing work, which was all the more ambitious a decade ago. The company soon shifted its focus toward building the stack of technologies necessary to, as Dr. Taylor puts it, “allow any scientist to become a genomic medicine developer.”

That’s a pretty bold mission, and Dr. Taylor stands by it. “We're at the very beginning of what will be a major revolution in medicine, potentially the biggest revolution in medicine that we've seen,” he says. “I personally believe that genomic medicines will become the largest class of therapeutics. “Biology is inherently genetic, and genomic medicines are information-based. They’re essentially digital.”

Put simply, where genetic information is available, that information can be assembled, or sequenced, to solve biology problems. It’s that basic concept that drives Dr. Taylor’s belief.

“Therapeutics see great success when they utilize the same biological processes of our body. Genetic medicine does exactly that. It's the makeup and function of our body. It’s encoded in and regulated by our own genetic materials consisting of RNA and DNA. So, delivering RNA and DNA allows us to really treat disease on the same playing field as our biology, in a way that’s very different from traditional therapeutics, like small molecules and protein based drugs, which rely on 3D structures to interact with the target and create an effect,” he explains. “It’s akin to computational technology moving from analog to digital.”

Learn More On The Business Of Biotech

That tech reference is fitting. What desktop computing is capable of today required thousands of square feet of supercomputing power in the analog days. And “desktop” (or bench top, as it were) genomic computing technology is precisely what the company is delivering today.  Learn how Precision Nanosystems is enabling the desktop development of RNA and DNA therapeutics on episode 70 of the Business of Biotech podcast.