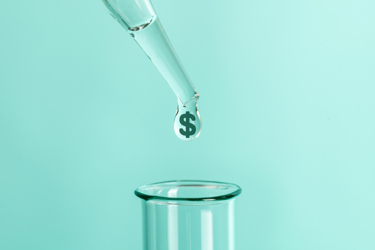 The scientific contributions emerging biopharma brings to big pharma can’t be understated. Licensing deals – whereby large pharma companies purchase the IP and drug development rights from, typically, a small biotech—are big business. In 2016, the potential total value of strategic alliance payments reached nearly $58 billion. While this figure includes contingent milestone payments and royalties on market revenues, even up-front payments are no drop in the bucket. In 2019, up-front payment gambles by big pharma topped $6 billion. It’s a seller’s market because big pharma is willing to pay for innovation, and innovation happens in emerging bio. IQVIA’s 2019 Emerging Biopharma’s Contribution to Innovation Report suggests that emerging bio companies were the originators of 42 percent of 2018 drug launches, up from 26 percent the year prior.

But, there’s a catch. While there’s no question that early stage firms are bringing the bulk of innovation to the biopharma table, most licensed candidates fail. And, according to the new Manuel Hermosilla, Ph.D.-authored paper Rushed Innovation: Evidence from Drug Licensing, rushed licensing deals on the heels of phase 3 clinical failures only compound the disappointment.

Hermosilla began investigating how big pharma responds to what he calls “adverse shocks” after Pfizer suddenly shut down phase 3 clinical trials of its cardiovascular/cholesterol drug torcetrapib in December 2006. Within five months of that failure, Pfizer licensed another compound with cardiovascular implications, the experimental anticoagulant Apaxiban. “That move stood out,” says Hermosilla, “motivating me to wonder how and why the company made that happen so quickly.” Complex licensing deals typically take the better part of a year to complete, even after potential licensors and fitting candidates are identified.

Hermosilla’s intrigue prompted a study, which revealed that drugs licensed in a rush (following a phase 3 clinical failure of the buying firm) are less likely to reach the market. In fact, his tracking of the development and licensing activities of 20 of the largest pharmaceutical firms in the world from 2001 through 2015 revealed that big pharma’s phase 3 failures boosted their in-licensing activity by 23 percent in the short term (one year).  Among those drug candidates licensed quickly within this short period after a phase 3 failure, the study observed a 16 percent higher likelihood of failure than that among candidates licensed under normal circumstances (i.e., no recent phase 3 failure).

Hermosilla’s next objective was to reveal just why quickly-executed licensing deals inked on the immediate heels of a failed phase 3 clinical trial resulted in an even higher rate of failure. The findings of his research point to poorly executed contracts and execution due to hasty decision making.

Analysis suggests that this underperformance may stem in part from the influence of rush on activities taking place in the ‘last mile’ of the licensing process and could hinge on the quality of the agreements that firms converge to during contract negotiations, says Hermosilla

But the research also suggests that licensees are at a disadvantage with rushed licensing candidates even before the contracting phase begins. The report surmises that rushed licensing deals aren’t often preceded by a fresh search for candidates, suggesting that drugs licensed in a rush likely equate to “recycled old leads,” which may not present the ideal candidate from the outset.

“Our suspicions for the motives of underperformance are thus turned to the possible acceleration of due diligence and/or contracting,” says Hermosilla. Rushed contracting, he says, manifests itself through agreements that are incomplete and rife with “loose ends,” which increase the probability of interorganizational friction.

Of course, factors contributing to clinical outcomes are riddled with nuance. This is thoroughly addressed in Hermosilla’s research methodology. The variables that impact clinical success or failure are considered in great detail and accounted for in the aforementioned paper. For the sake of this column, we’ll focus on the implications of his findings on emerging biopharmas.

What’s Your Endgame For Your Candidate?

The hopes pinned on a drug candidate are rooted in money, patients, or in most cases, both. If your aspiration is for your candidate to reach beyond an exit, fees, or financial milestones and into the realm of real patient benefit, Hermosilla’s research suggests that you apply an extra layer of scrutiny on licensing partnership offers, no matter how temping the upfront outlay of cash. “Given the likelihood of failure after a rushed licensing decision, small biotechs should beware of reactive purchases that are akin to a fire buy,” he advises. “While traditionally it’s the buying (big pharma) firm who is interested in thorough due diligence, this may be a case where the selling biotech startup may have more interest in it. Without due diligence, that licensing deal could mark the beginning of the end of your candidate.”

The due diligence Hermosilla suggests includes considerable research into how your compound fits into the licensee’s portfolio, and as such, the likelihood that your new partner will adequately back that candidate’s development, support its chances at clinical success, and, eventually, push it out to the market. “Critically,” he says, “the biotech should ask: does it make strategic sense for my partner to buy my drug, or is it more of an impulse purchase?”

It’s also incredibly important to ensure both a cultural and a functional match. Drugs licensed in a rush, says the report, are twice as likely to be terminated in circumstances linked to an abnormal amount of interorganizational friction. In business as in family, when the child company doesn’t get along with the parent company, it’s rarely the parents who suffer the greatest repercussions.

Hermosilla pins blame for the rush on R&D aggression. “Because failure is so prominent in this industry, R&D managers aren’t compensated based on clinical success alone. That’s too scarce and too noisy. Instead, they’re compensated on action. How large is your pipeline? How many deals did you strike?” This compensation philosophy is rooted in the traditional latitude granted to tech innovators, whom big pharma is loath to constrain for fear of limiting discovery. But the reverse incentive, he says, sacrifices corporate performance for the short-term benefit of the R&D group. “The thought process is that if something fails and bonuses are at stake, let’s go grab another candidate.”

For the licensee’s part, Hermosilla suggests pulling back on the reins in the wake of the adverse shock of a phase 3 failure. “Perhaps that looks like working more diligently to develop site criteria that helps ensure a deal is, in fact, mutually agreed on, or establishing protocols that minimize the risk that some of the features in a contract will later backfire,” he says.

The R&D turmoil that Hermosilla pins to the scenario after a phase 3 failure is not a new concept. About 15 years ago, a study a referenced a similar situation by talking about “desperate” pharmaceutical firms—those with anemic pipelines and facing patent losses to generic competition, for instance. This study looked at whether M&As worked for these firms as a way to alleviate their desperation through revamped portfolios. They did---the more desperate the acquiring firm was, the larger the positive impact the M&A had on its stock price. So why do licensing deals backfire for desperate firms? Hermosilla points to the lack of due diligence and oversight required of a licensing deal compared to M&A. “Licensing deals are much smaller transactions than M&As, so they are subject to less stakeholder oversight and are thus more discretionary,” he says.

But the negative implications of a botched licensing project aren’t felt just by the would-be partners. “Biology is interconnected,” explains Hermosilla. “When a firm’s drug candidate fails, other firms’ candidates that are rooted in the same technology or biological hypothesis may suffer as well,” he says. The phenomenon is documented by researchers at the Harvard Business School in this working paper. This reality again places equal onus on the innovator, or licensor, to exercise prudence at the contracting stage—especially when the licensee has recently suffered a phase 3 failure. While a licensing deal offers a shot in the arm, it’s the contractual details that will either ensure you retain a hand in—or get completely shut out of—your candidate’s destiny.