Taking On The Talent Crunch In Biopharma, Cell & Gene Manufacturing 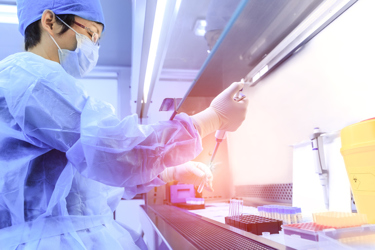 Since the approval of Kymriah, which marked the first cell-based gene therapy approved by the FDA back in 2017, the agency has greenlighted 19 cell and gene therapies for about a half dozen diseases. Meanwhile, clinical trials in the cell and gene therapy space have skyrocketed, with some 1,220 phase 1-3 trials currently underway globally. The vast majority of those trials are happening in the U.S. and U.K., where the efforts are backed by unprecedented activity in the capital markets. In 2020, more than $20 billion were invested in cell and gene therapy companies, doubling the previous year’s figure, and all forecasts point to further growth.

While the money behind the effort is critical to driving progress, there’s a significant shortfall in the skilled talent required to execute on the exponential potential of cell and gene therapies.

Based on a survey of 55 companies currently engaged in ATMP bioprocessing, the UK’s Catapult Cell and Gene Therapy initiative forecasts the demand for bioprocessing roles overall to expand at a rate of 126% through 2024. Catapult identified the most pressing need in manufacturing and logistics, where skilled labor demands are expected to grow by a staggering 196% and 194%, respectively. Projected growth rates forecast for related roles include:

A full 83% of survey respondents raised concerns that recruitment and/or retention of skilled individuals will impede growth.

The scenario in the U.K. is mirrored globally. In its 17th Annual Report and Survey of Biopharmaceutical Manufacturing Capacity and Production, BioPlan Associates reports that in 2020, production operations and process development accounted for 41% and 21% of new hires, respectively, in biopharma production facilities. Process development talent and process engineers, however, have been cited by survey respondents as the most difficult to fill since the company began compiling hiring data back in 2011.

Report authors note that little is being done to address the longstanding problem. “Finding good downstream processing specialists and cell culture process engineers has been a challenge for over 10 years; and, despite the recent spike in demand and more attention being paid to training, no relevant major training initiatives or changes appear to be occurring. Neither academic institutions, nor training services appear able to directly resolve these needs,” per the report.

That paradigm of unaddressed needs might be changing. In February 2021, we sat down with Project Farma and Precision ADVANCE President Anshul Mangal and Project Farma EVP John Khoury to address the challenge and discuss the work their organizations are doing to affect change.

Building Process, Manufacturing Talent On The Back Of Brilliant Science

Khoury acknowledges that the challenge—and the opportunity—are both unprecedented. “These are very exciting times for our world, with the human genome project and the brilliant scientists that brought so much forward to substantiate the clinical trials going on today. But the reality is that the top of one man's mountain is the bottom of the next, and those brilliant R&D scientists are now looking for the brilliant manufacturing and technical operations people that can bring that to a GMP level and deliver it to patients,” he says.

Mangal adds that in cell and gene therapeutics specifically, the need for those manufacturing and technical operations professionals is pervasive across all regions. “Localized manufacturing is critical, so building and staffing facilities in the U.S. is just going to be just as critical as building and staffing facilities in England or in China or India, because of the personalized nature of these medicines,” he says.

Another facet of the staffing challenge lies in the rapid development of the field itself. “We’re experiencing this rapid growth in the market, and meanwhile the modalities, methodologies, and equipment used to produce these therapies is quickly evolving,” says Khoury. “That contributes to the void in experienced people, and it spirals all the way to the FDA, where the agency admits that it’s struggling to fill positions with people qualified to evaluate and keep up with all the therapies in clinical trials,” he says. “This is a speed-to-market environment. How do you speed to market if you have a void in talent at all functional levels in the industry?” Further stifling that speed, he says, is stiff competition for the limited units of talent in the market.

Why Machine Learning And Automation Won’t Bridge The Talent Gap

Mangal acknowledge that the industry is benefitting from the adoption of automation technology, but he says the effort isn’t yet mature enough to backfill for an inadequate pool of human talent. “The current manufacturing technology for cell and gene therapy is largely manual, require a great deal of labor to operate and involves processes that rely on an operator’s experience and judgement” he says. “Automation can help provide more control and consistency, reduce the subjectivity of an operator and improve product quality.”  While he sees an immediate advantage of automation and machine learning in research and development, process optimization and manufacturing, he says we won’t see the advantages until the equipment further evolves, becomes more fully automated, reduces steps that require manual handling and is able to be further integrated.

In the meantime, Khoury points back to the relationship between skilled manpower and the manufacturing capacity crunch as the immediately-addressable problem. “We just don't have enough square footage right now to manufacture all of these drugs. It can sometimes take a year or two before a clinical batch is produced. So we need more infrastructure, and that infrastructure can’t be developed by AI or machine learning. Someone has to go in there and pound that nail and put that brick and mortar down so we can create capacity, so we have PD labs and QC labs where scientists can do the work, and clean room suites where we can manufacture these great medicines.” We can’t apply machine learning and automation principles, he says, until we have the man-made physical capacity needed today.

Mangal and Khoury point to a multi-pronged approach to addressing the problem through internal innovation and external influence of academia and industry associations. “At the cell and gene company level, firms have to take a ‘train to retrain’ mentality, whereby they’re investing in their teams, sharing knowledge on the evolution of the space, and engaging and encouraging their people to be innovative and entrepreneurial, as opposed to simply sticking to the prescribed workstream,” says Mangal. “The investment has to be put into the people, because the people are driving the products.”

Mangal says Project Farma and Precision ADVANCE are partnering with academia to share knowledge on the advances taking place. Academic engagement, he says, is critical to pushing the ecosystem forward.

On the role academia plays in addressing the talent shortage forecast, Mangal points to initiatives currently underway at major universities. “John [Khoury] and I have been fortunate enough to walk North Carolina State’s Biomanufacturing Training and Education Center, which is a unique cross-disciplinary institutional center that provides education and training opportunities for folks in the biotechnology manufacturing industry. Ohio State University just recently announced a collaboration with nationwide children's hospitals and Jobs Ohio, and they're collaborating on a massive $1.1 billion project in Columbus, focused on developing new gene and cell therapies to treat genetic disorders,” he says. “Part of that endeavor is Ohio State's commitment to produce more than 20,000 graduates over the next 15 years in STEM fields, including health science, vital materials, computer science, and other parts of the biotechnology industry. These things are happening all around us, and I think the federal government and both private and public institutions have really taken notice of what's happening in cell and gene therapy, where those talent bottlenecks are, and they’re addressing it.”

For its part, Mangal says Project Farma has also partnered with more than 50 cell and gene therapy organizations. “Everyone who comes to Project Farma goes through what our engineers have nicknamed Project Farma University, where we provide the baseline skills necessary to engage in a cell and gene therapy project.” That includes hands-on training and development for engineers. In partnership with Precision for Medicine and Precision Value & Health, the company has launched Precision ADVANCE, which is a collection of experts and interconnected services in the cell and gene therapy space that can address the needs of the sector—from clinical to manufacturing to commercialization—all in one place. “It's the first of its kind type of initiative where we can really guide an early-stage gene or cell therapy company from early clinical development to commercialization. We’ve developed playbooks, such as our Advanced Therapy Manufacturing Playbook (ATMP), so that companies don't have to start from scratch.”

Tune in to our BioProcess Online round table, available here on-demand, for much more on the work Project Farma, Precision ADVANCE, and the biopharmaceutical industry are doing to address process development and manufacturing talent needs in the cell and gene therapy space.