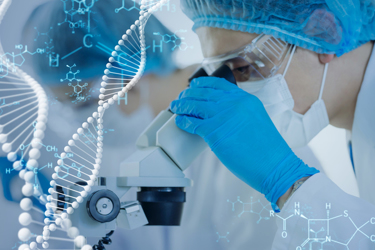 While many clinical-stage biopharmas consider the “end” an “exit,” PPF-backed SOTIO’s intention is to build an oncology-focused biopharma company that stands on its own broad and diverse pipeline. Its CEO sat down with the Business of Biotech podcast to share the company’s strategy.

When you think about geographic centers of biopharmaceutical innovation, it’s unlikely the historic city of Prague rises to the top of your mind. Dr. Radek Špíšek is aiming to change that as he builds a unique company with big plans to disrupt the oncological biologic therapy space.

Trained as an M.D., Dr. Špíšek joined SOTIO ten years ago as CSO before being appointed to global CEO in 2018. It was his first foray into the business of biotech, having to that point focused on his career as a physician and Charles University professor.

Dr. Špíšek knew the risks associated with developing early-stage oncology therapies, and he’s quick to point out that those risks concerned him. Searching for “holy grails” and seeking to beat those less-than-10% odds of success wasn’t a comfortable place, and the financial requirements of the task concerned him. Were it not for the financial backing of PPF Group, a $45 billion Euro multi-industry investment conglomerate based in the Czech Republic, he might not have taken the leap.

But PPF wants to build Prague’s standing as a biotech hub, and it’s prepared to pump the money required to do so into SOTIO, its flagship biotech. More important to Dr. Špíšek, PPF wants to build SOTIO into a biopharmaceutical entity with a broad and diversified portfolio of oncology programs.

The pipeline at SOTIO is uncommonly diverse. That’s strategic. “We’re not the typical biotech attempting to take a molecule, translate it, and sell it to pharma company,” says Dr. Špíšek. “The financial backing of PPF enables our broader vision, with a plan to become the pharma company.” That goal includes development a 10-candidate pipeline of immunotherapeutic oncological therapies. If one or more fail, which is inevitable, others will progress.

Pivoting From Science Leadership To Building The Business

Building and maintaining the diversity of SOTIO’s pipeline has forced Dr. Špíšek to shift his priorities from scientific leadership to business leadership. “The primary focus of our board meetings is now making sure we’re in the best shape as a company, from an expertise perspective, to move all of our programs forward with quality and speed,” he says. “We realized some time ago that there’s no way to move them all forward with the resources available to us in the central European region. There’s very little history of drug development and biotech.” Central to the story of SOTIO and PPF, he says, are the investments they’ve made to make the company’s vision and capabilities attractive to experienced drug developers and business development people in Western Europe—Germany, Switzerland, and France, in particular,” he says. SOTIO has been continuously assembling a management team from those regions, and now has a physical presence in Basel, Switzerland in addition to its headquarters in Prague, where its in-house cell therapy manufacturing efforts are based.

This year, the company has increased its presence in the U.S. as well. That effort focuses on business development, partnering, and drug development. “You need to be in the U.S. to tap this expertise,” he says.

Dr. Špíšek maintains his professorship at Charles University, that relationship serving several purposes. He half-jokingly refers to academia as an escape, but there’s business value, he says, in retaining those academic and clinical roots. The University is a resource and inspiration for mechanistic discovery, and the hospital is the place where he exercises patient centricity. He spends at least half of every Friday with patients, reviewing the most interesting and challenging cases. He’s still, after all, a physician at his core.

Learn more about SOTIO’s pipeline, business development strategy, and manufacturing approach on episode 40 of the Business of Biotech podcast.