So You Want To Be A CMO? 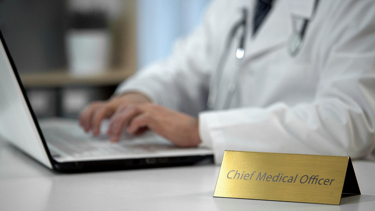 The Business Of Biotech podcast caught up with Dr. Loretta Itri, veteran CMO at Immunomedics, fresh on the heels of her 18th drug approval. The ensuing conversation on her mastery of the multifaceted role makes this a must-hear episode for biotech leaders.

Dr. Loretta Itri kicked off her career with a fellowship at Memorial Sloan Kettering Cancer Center, where she played a direct hand in the development of metoclopramide. That drug was approved in 1980, and it’s become standard issue for the treatment of chemotherapy-induced nausea and vomiting. Metoclopramide was the first of 18-and-counting approvals Dr. Itri has either led or directly contributed to after that early win helped launched a career in quality, regulatory, and medical affairs that spanned 40 years and included leadership stints at Hoffman-La Roche, Johnson & Johnson, Genta, and The Medicines Company.

In February 2020, Dr. Itri’s career took a significant turn when she officially joined Immunomedics, a company she had been consulting with for a year prior. She celebrated her most recent victory in April, when Immunomedics’ ADC therapy for triple negative breast cancer, called TRODELVY, was approved by the FDA.

Our talk covered the rise of ADCs in detail, including a fascinating conversation about the attributes of TRODELVY that make it different and more effective than most. In this column, we’re focusing on Dr. Itri’s leadership in the role of chief medical officer.

Why It Matters. The new and emerging biotech scene is the place where executives who have been seasoned by big pharma go to flex their business leadership skills. It’s also where much of the biotech innovation we’re seeing is born. The chief medical officer is an integral—and pivotal—part of the equation. The further innovative biologic therapies move their way through clinical tests, the more important it becomes for the CMO role to be filled. The closer a therapy gets to approval and commercialization, the more strategic the role—and the person filling it—becomes. The CMO is inarguably as important as any in the organization, CEO and CSO included. Dr. Itri’s career provides a veritable roadmap to master of chief medical operations.

The Makings Of A CMO. Back when biotech was growing its legs, Dr. Itri took a position at Hoffman-La Roche as a research physician. For a time, she transferred to a leadership position in the company’s safety group. There, she received an introduction to pharmacovigilance. When she transferred yet again to run the company’s Phase 1 unit, she learned pharmacology in early clinical trial work. During her ten years there, she expanded beyond the oncology work that defined her time at Sloan-Kettering into other therapeutic areas, such as virology. Dr. Itri spent considerable time working on AIDS, and Kaposi’s sarcoma in particular. That’s where her career became quite well-rounded. “I had opportunities to manage many different groups of people with many different mindsets,” she says. In retrospect, those opportunities and the cross-disciplinary exposure they afforded laid the groundwork for her career as a chief medical officer.

Mastery Of A Multifaceted Role. The management of diverse therapeutic areas, says Itri, prepared her to understand the critical concerns of stakeholders in different units, a critical element of the CMO role. Those concerns can only be learned via exposure. Reflecting on those responsibilities, she asks rhetorically, “What are the safety people concerned about? What are the folks in pharmacology thinking about? What are the statisticians worrying about? How do you link to the commercial folks? How do you keep senior management happy? How do you embrace and espouse the virtues of project management to ensure you deliver on a timeline? Above all else, how do you navigate a highly regulated environment in everything you do, to ensure quality and regulatory needs?”

Still, she points to her oncology training as the single most-preparatory element of her CMO role. “Caring in the end for the end user, the patient, has always kept me centered and directed and helped me to make appropriate decisions,” she says. “Having sat at the bedside and understanding that everything the organization underneath me does is in the service of the patient is fundamental to the role, and to the industry we’re in.”

Grace Under Pressure. The approval of TRODELVY was one of many achieved under Dr. Itri’s watch, but in many ways, it was much different than the others. It was Immunomedics’ first. Dr. Itri was called on when prospects looked good, but not certain. And, it wasn’t easy.

To overcome those obstacles, Immunomedics focused on rapid improvement in three areas. “We had to get some better people, we had to fix our processes, and we had to upgrade our technology,” Dr. Itri explains. “We focused initially on recruiting very experienced, imaginative, industry-trained talent. We made sure that anybody who joined was a roll-up-your-sleeves type of person.” Anyone from big industry who thought they were going to have handmaids, she says, knew in short order they were in the wrong place. “We redesigned our most critical business processes, necessarily focused on our clinical operations and data sciences. We upgraded our safety and regulatory reporting. All of these things served to simplify our clinical operations, reduce our internal risk, and strengthen our inspection readiness. Today, it's a totally different place. It isn't perfect, but we're definitely working to a high industry standard.”

The Next Steps. Dr. Itri admits that while a win like TRODELVY takes some of the pressure off the CMO, a whole new set of pressures arise.   “When a product becomes commercialized, a whole other series of events happen. I have a medical affairs group reporting to me, and suddenly that group takes a whole lot more of my time. I have responsibilities for promotional review, the training of the MSL (medical science liaison) team, and the grants process,” she explains. Then, there are those candidates that have been waiting for their time to progress. “Attention now needs to be paid to what were slower, sleepier portions of the organization, which have woken up like dragons and are growling for attention. I'm having to more or less divide myself across the spectrum as we have a whole series of clinical trials going on, and several that are near to reporting out. That part of the job remains unchanged.”

Asked for a parting shot on CMO leadership, Dr. Itri doesn’t hesitate. “Make decisions,” she says. “Nothing will destroy an organization more quickly than a leader who can't make a decision. You must come to terms with the fact that you're never going to have one hundred percent of what you need or want to know, but if you get 90 percent of it, trust your instincts, take the risk. 90 percent of the time you're going to be right just on the basis of your experience and your gut. And if you screw up, you have a chance to fix it most of the time.”

The approach has served Dr. Itri well over the course of a 40+ year career in biotech. Hear the entirety of our conversation on the Summer Executive Sessions of the Business Of Biotech podcast.