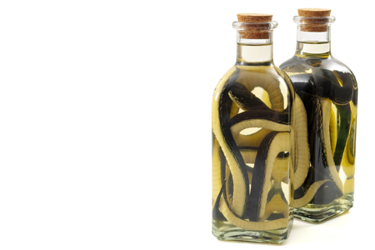 Nader Pourhassan was just charged with a whole bunch of crimes. Conspiracy to commit securities fraud and wire fraud, four counts of securities fraud, three counts of wire fraud, and three counts of insider trading, to be exact. At the nucleus of all those charges sits Pourhassan’s overzealous—and as it turns out, illegal—oversell of leronlimab, a monoclonal antibody that Pourhassan hyped as an HIV and COVID-19 therapeutic panacea when he was CEO at Cytodyn.

I kinda, sorta fell for the hype. Within weeks of my foray into covering the biopharma space a few years ago, I interviewed Pourhassan. I got swept up in the story about an Iranian immigrant, a teacher, risking it all to raise a flailing biotech company from the ashes on the back of a promising molecular discovery. He was confident and convincing. The story didn’t age well.

It wasn’t long after that story published that I started picking up on the scrutiny Pourhassan was attracting. Notorious biopharma industry commentator Adam Feuerstein’s attacks on the guy were particularly brutal. I began to question the story as told to me—not so much its accuracy, but that the story was as much about Pourhassan and his self-proclaimed heroics as it was about leronlimab.

To be fair, leronlimab is not the bad guy here. It remains in Phase 2b clinical development for NASH and solid tumors under new management at Cytodyn. I have no cause to speculate that the clinical data the company generates will be any less compelling than that produced by any manner of clinical-stage biotechs.

That being said, the company itself has challenges to meet, the gloom cast by the Pourhassan cloud among them. It recently withdrew a pending BLA for leronlimab as a combination therapy for HIV, citing “systemic issues related to the quality of the data collection and monitoring of the pivotal clinical trials by the clinical research organization contracted to manage the trial,” per an official statement. That program was already under a partial FDA clinical hold. Now, it’s filed a damages-seeking claim against the former CRO partner. Earlier in 2022, the FDA placed a clinical hold on Cytodyn’s COVID-19 program, seeking aggregate safety data on leronlimab in all the indications in which it was studied.

I often ask the emerging biotech execs I interview about that very often fuzzy gray line between generating the kind of hype that influences fundraising and stock performance and the true viability and impact of the therapeutic candidates they’re championing. That balance is fascinating to me. Biotech presidents and CEOs are their companies’ lead pitchmen/women. They also have a responsibility to seek truth and offer transparency. Most of the time, their response centers on the data—the hype, they say, is justified when clinical data supports it, or when CMC data rationalizes manufacturability, for instance. But if I’ve learned anything over hundreds of interviews with clinical-stage biotech leaders, it’s that data is subjective. And so are those clinical-stage biotech leaders.

Meanwhile, back at Cytodyn HQ, confidence in leronlimab remains high under new management. I’m not sure how many more biotech veterans the candidate could fool if it is, in fact, a nothingburger. The company’s current leadership, while not a dream team, isn’t new to the game. President Cyrus Arman counts Nimble Therapeutics and Amgen among his previous companies. VP of Operations Bernie Cunningham was previously at OSI, as well as late-stagers Mesoblast and Actinium. Joseph Meidling, who heads up clinical operations, earned his experience at Merck. But the big test of leronlimab’s credibility outside the clinic and the company’s four walls might come sooner than later, as management has indicated that partnership might be the molecule’s best path forward.

As for Pourhassan’s resurrection, I’m not so confident. During one conversation with him, he told me they’d make a movie about him some day. They still might, but it doesn’t look like the film will have a happy ending.