Semper Fi: What The Marines Taught A Biopharma CEO 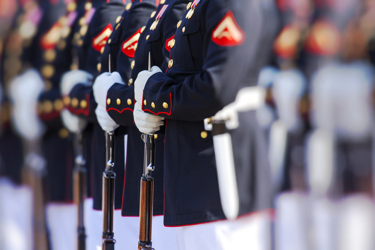 Before earning his law degree and crafting a career as a biotech entrepreneur, Daniel O’Connor, J.D. was Marine Captain Daniel O’Connor. He earned that rank in Saudi Arabia, where he was deployed to serve Operation Desert Shield just days following Iraq's invasion of Kuwait. On a recent episode of the Business of Biotech podcast, he shared how being a Marine prepared him for leadership of a blossoming biopharma company.

“The more you give the more you get, and you get more than you give.” That was a common refrain during a recent conversation with OncoSec Medical Incorporated President, CEO and Director Daniel O’Connor on the Business of Biotech podcast. The humility with which O’Connor describes his service is striking.

Consider that in those youthful summer days directly preceding the Iraqi invasion, O’Connor was on a fast track to professional success. He’d attended Bucknell before transferring to Boston University and earning a B.A. in English Language and Literature. Then he enrolled in the United States Marine Corps Officer’s Candidate School, received an officer’s commission, and volunteered for deployment. He lived out the OCS’ motto: Ductus Exemplo. Leadership by example.

“Serving in the Marines was an awesome opportunity and a privilege, actually,” says O’Connor. “I gave the Marines everything I had, but the life lessons I received in return far surpass what I gave.”

On episode 45 of the Business of Biotech podcast, we went deep on OncoSec’s unique biopharmaceutical/medical device product combination and the regulatory and manufacturing challenges that combination has presented. But first, we talked about leadership. O’Connor’s experience in the Marine Corps was frequently revisited in the conversation.

After the Marines, O’Connor went on to earn his law degree and serve as a prosecutor before turning his attention to biotech. His legal counsel roles at inVentiv Health Clinical (now Syneos Health, Inc.), ImClone Systems (acquired by Eli Lilly for $5.6 billion in 2008), and Bracco Diagnostics lead to the CEO and Director’s chair at Advaxis, appointment to the New Jersey Governor’s Biotechnology Task Force, Vice Chairmanship at Bio New Jersey, and ultimately his current role at OncoSec. When asked which aspects of that professional background have best prepared him for his leadership at OncoSec, O’Connor doesn’t hesitate. “The Marines,” he says.

“The Marine Corps teaches you leadership, and more specifically, leadership by example. The bedrock of that training is that the people you're leading come first, and you come last. When there's a tough job to do or something other people don't want to do, you’re the first one to go. That's servant leadership by example.”

In the civilian world of biotech, that translates to setting an example that people want to follow, and one that elevates the careers and extended well-being of the teams O’Connor has led. “The ultimate goal of leadership is for people to follow you, and to follow you willingly.

O’Connor says whether you have one employee or a hundred, building a willing following requires a leader to constantly demonstrate their care for the team. “It’s about making sure that people understand that you care about them, and not just what they're doing for the company or how they’re adding value to it, but their career development, their families, and their well-being.” That, he says, is often best demonstrated by being accountable. “Living out the ‘them before you’ mentality means accepting responsibility when there’s a problem. It’s not about blame, it’s about accountability,” he says. “If we didn’t do something right the first time, let’s learn from it, fix it, and do it right the next time. Ultimately, that accountability rolls up to the leader. Accepting that responsibility demonstrates that the team comes before me.”

Everyone Understands The Mission

It’s also the leader’s responsibility to ensure the entire team understands its mission. “One of the things you're taught in the Marines is what's called ‘commander's intent,’” says O’Connor. “It’s the idea that everyone in the organization knows what the objective is, from the person at the lowest level to the person at the top of the hierarchy. It’s the leader’s duty to make sure they're effectively communicating that objective throughout the organization.” Primary among the important reasons for this, he says, is that it aids daily decision making. “People on your team are making decisions every day. You’re not always going to be there to help them. If they understand the ultimate objective, it's going to help them make the right decision.” Empowering the team to make decisions that serve the ultimate objective also serves to create inclusion. “Team members feel included when they're not just a cog in the wheel of the machine, but rather understand their role in the bigger picture,” he says. “Understanding they’re a part of something bigger than their individual role helps maintain morale, and it fosters the opportunity for people to make smart decisions.”

Hear more of Captain O’Connor’s leadership lessons, plus a whole lot more on the med device/biologic therapy combination products in the works at OncoSec, on episode 45 of the Business of Biotech.