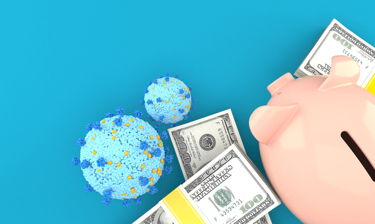 On a recent episode of The Business Of Biotech podcast, we asked veteran biotech chairman and investor Allan Shaw about the investment forecast for startup biopharmas.

That conversation occurred before the economic fallout from the COVID-19 pandemic became tangible to the tune of a recession and a 13+ percent unemployment rate.

A couple months after our talk with Shaw, we caught up with Bert Liang, MD, PhD, MBA, AMP, to talk about funding strategies for biotechs trying to get off the ground in the throes of the pandemic. Dr. Liang is well-qualified to respond. He's raised capital for several small to midsize biopharmas, and his experience includes R and D at Amgen, setting the development and venture direction for Biogen, founding Coronado Biosciences and Tracon, serving as CEO at Pfenex and Abcentra, and most recently serving as chief medical officer at Kitov Pharma.

BioProcess Online caught up with Dr. Liang to get his take on the current state of funding affairs for upstart biotechs, and he quickly pointed out some calming perspective. “I think most of us who have had the opportunity to work in biotech for the past 20 years have seen these things come and go,” he said, before delving into some finance strategy advice worth noting.

“The private equity markets are arguably less influenced—but certainly not immune to—the geopolitical issues that we face,” says Liang. “It’s human nature for uncertainty to catalyze fear, and this kind of uncertainty creates the natural human reaction to protect one's losses.” For companies in the public markets, he warns that capital is becoming more expensive. “For this reason, you want to balance this with the dilution of your supportive institutions, of course. But this has to be a financing strategy that flows from the corporate one. It needs to be considered in the same context of a development, manufacturing, or HR strategy going forward.”

Central to that strategy, says Liang, is a proactive, never-stop-fundraising philosophy. He says new companies tend to make mistakes by ratcheting up their fundraising efforts in bull markets and/or resting on their laurels during bear markets. “It's similar to how certain countries responded to a pandemic,” he quips. “The thing is, none of us can predict those black swans, and none of us can predict when the open windows will occur.”

That’s why he says it’s important to formalize your commitment to and time spent telling your story -- communicating your respective needs to different stakeholders and potential stakeholders. And, he adds, you need to be ready to tell your story at all times, whether that’s in scientific forums, in national meetings, or as Liang relays from a true-life story, “on a subway ride in Boston,” an impromptu pitch that successfully secured funding for one of his startups. “As leaders, we must always be in fundraising mode, moving buyers, and making sure that we communicate our stories effectively and concisely so people can understand it,” he says, “because when we hit more challenging time periods we want to make sure that those stories are already in the minds of the investors that can potentially play a role, despite the fact that it may not be the most opportune time for us to be raising capital.”

Offense And Optionality: Keys To A Pliable Fundraising Strategy

While the content of the story you pitch to investors might be relatively static, the context in which you tell it is perpetually dynamic. That requires a degree of flexibility in your pitch. Liang recognizes that biotech entrepreneurs are rooted to the big ideas and promising science they’ve developed, but he cautions against a deck carved in stone.  “We’re attached to these things, we firmly believe in what we're trying to do, and we're eternally optimistic about the development of our programs,” he says before adding the caveat: “But we need to be more pliable.”

Oftentimes, he says, founders are loathe to consider an offer perceived as less than ideal, such as a partnership that comes with a higher cost-to-debt ratio, even when that funding would be strategic to meet early-stage milestones. “Understanding market conditions and entertaining every offer enables you to create realistic scenarios, which gives you optionality based on the capital that's available,” he says. “You're trying to create options, because initial scenarios are often disrupted by markets. The scenario you envisioned last quarter may not be the scenario that exists today.”

Liang points to a situation he faced as the leader of a startup biopharma, when his best-laid plans to take a program through phase two on committed funding fell apart. “Capital markets took a hit, our funding decreased, and we had to create a partnership early on. That was suboptimal per ‘the plan,’ but it allows us to move forward with our program,” he recalls. “Optionality is the magical offensive strategy that keeps leaders up at night—how do we create as much value as possible with the opportunities we’re presented? Pitches have to be flexible to create those scenarios.”

Having the unique perspective of a career spent on both the buy side and the sell side, Liang posits that it’s reassuring to potential investors when an early-stage organization can demonstrate that it has a number of funding options.

Avoid The Pitfalls Of Partnership

The concept of a partnership—especially when it becomes a financial necessity earlier than planned—can either take the wind out of a startup’s sails or open doors to development, talent, and clinical resources that had previously been locked. Maintaining momentum and staying the course in a partner arrangement requires a lot of up-front due diligence, and Liang says that starts with ensuring a cultural match. “Partnerships are always a beast of a decision, especially when the partnership is a need, as opposed to a want,” he says. The most important element is alignment of goals and determining how you’re going to be move forward together. “Partnering with a large cap biopharma, for instance, can be great because it validates your science and technology, gives you a reputational boost, and allows you to move forward with organizational and development plans. But you have to ask questions,” advises Liang. Do you have the same goals for development and commercialization? Will co-development consume your entire up-front payment because the partner wants to do five phase 2 clinical trials, as opposed to the two you were planning? Do you have the same budget priorities? Are you like-minded in your approach to regulatory approvals?

Liang likens partnership to a marriage. “You’ll have a honeymoon once you’ve consummated the deal. Then reality will hit when someone’s not doing the dishes on time or leaving laundry on the floor, and things start to be problematic,” he says.  “These are the details that need to be discussed and understood upfront, and a good cultural match will help each of the partners understand each other’s perspectives and compromise where necessary.”

In A Buyer’s Market, Understand The Buyer

Asked about the recession’s impact on IPO and M&A opportunities, Liang points to history as proof that attempting to time the market is a fool’s errand. “Whether it’s SARS or COVID-19 or Brexit or a trade war, geopolitical influences will always come into play and their impacts can rarely be anticipated,” he says. “These influences typically result in a narrower window for IPO and a buyer’s market for M&A. Capital becomes more expensive. The deals are still out there, but these are realities you just have to accept with the end goal of moving your candidate forward in mind. If you can’t do an IPO, you might be looking at a merger or acquisition, or selling one of your products, or a partnership to move your program toward its goals.”

Investors, says Liang, are applying more scrutiny to their portfolios. When money isn’t flowing like it was three or four years ago, they have to work harder to maximize their internal rates of return. Funding seekers have to realize and react to this. They have to understand their investors’ goals from a return standpoint. This is particularly true, he says, in the private equity markets. “A syndicate could be a bunch of later stage funds, and they're going to need earlier exits. They're going to have to get extensions on those funds. You have to be thinking about how that will impact your next round of funding, which you should already be planning,” says Liang.

On the other hand, Liang says strategic investors tend to be less focused on timeline horizons they look to build evergreen investment portfolios. “Investment histories are publicly available, so do your research to understand investors’ motivations and intentions,” he says. “Do they dump after six months or hold for two years? Aligning the funds you pursue with your strategy will make you a more efficient fundraiser and improve your prospects.”

Your HR strategy, he says, should be as pliable as your pitch as you move through the development value chain. “As you grow, you don't want limitations on the time of your key individuals,” he says. “It's to your peril otherwise, so make sure that when you're looking at where you are as a company, the people that you have are appropriate to where you want to be.”

Liang says conservatism is key in the context of fixed costs as well. “Incubators, university settings, virtual companies, they can all work for early-stage companies. You have to be flexible and creative to utilize your resources most effectively.”

In a parting shot to the leaders of new and emerging biotechs, Liang revisits the concept of flexible planning. “Right now, if you're only reacting to economic retraction, take a deep breath, accept that capital is going to be expensive, and embrace the opportunity to do three things: plan, plan and plan some more.”