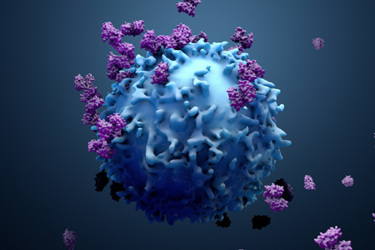 Market forecasts are calling for a big opportunity for developers of autoimmune and allergy therapeutics, to the tune of $150 billion and $60 billion, respectively, over the next five years. That demand is driving Revolo Biotherapeutics—formerly known as Immune Regulation—to expedite the clinical journey of ‘1104, its candidate for eosinophilic esophagitis (EOE) and allergic disease, and ‘1805, its lead candidate for rheumatoid arthritis and uveitis. ‘1104 is derived from the natural immune-regulatory protein Mycobacterium tuberculosis Chaperonin 60.1, which Revolo seeks leverage for its involvement in resetting the immune system. ‘1805 is a modified analogue of the endogenous immune-regulatory binding immunoglobulin protein, a key player in immune function that resets the immune system for long-term disease remission

The Business of Biotech podcast sat down with Revolo CEO Jonathan Rigby for a discussion on the company’s development approach. Here’s a recap of the conversation you can hear in its entirety on episode 57.

An Unmet Medical Need, Ready For A Revolution

There are plenty of drugs approved for the treatment of autoimmune disorders and allergies, but Rigby says flatly that they need to be much better. He signed on with the company in April 2020, a move made on the belief that need could be met on the backs of peptides and proteins. “The data I saw showed great promise for Revolo Biotherapeutics’ two candidates, which are very different from the drugs on the market and those in development. They work in a completely different way, fundamentally resetting the immune system from a pro-inflammatory state to a balanced, homeostatic state, without suppressing the immune system,” he says.

Chronic suppression of the immune system is a hallmark of the steroids, immunosuppressants, and even anti-TNF biologics on the market today. Avoiding that is central to Revolo’s mission. “With currently marketed therapies, the drug is always present, and it's always suppressing the immune system so that it doesn't attack your own tissues or organs,” he says. What’s more, current therapies are generally producing 30% to 40% remission rates, and remission is often temporary. They increase the risk of serious infection and cancer. Rigby says Revolo’s goal is to improve both the current standards of efficacy and the currently accepted safety profile associated with today’s standards of care.

The Shortfall Of Current Autoimmune Therapies

At issue, says Rigby, is the way current drugs work. Marketed therapies that address autoimmune disorders target the inflammatory mediators borne of dysfunctional immune response. “When the monocytes rushing around your bloodstream encounter allergens and pathogens, they engulf them and mature into dendritic cells. Dendritic cells drive the immune response, activating naïve T cells that differentiate into inflammatory T effector cells, Th 1 and Th 17. Those cells multiple and produce inflammatory mediators that drive chronic inflammation and tissue destruction,” he explains.

Targeting these inflammatory mediators after the immune system has been overactivated, Rigby says, is effectively working at the end of the inflammatory cascade by trying to “pick off” individual inflammatory mediators, to limited effect. Revolo’s candidates, by contrast, go to work earlier in the immune response by interfering the monocyte/dendritic cell progression, causing the production of T regulatory cells. “T regulatory cells stay in the bloodstream for a very long time, and they prevent this ultra-immune or allergic response from happening. While current drugs work downstream, we work right at the beginning of the inflammatory cascade and prevent it from starting,” he says.

The production of T regulatory cells and their persistence in the bloodstream brings another advantage to the table in the form of an improved patient experience. Revolo’s ‘1104 and ‘1805 have very short pharmacokinetic lifespans, lasting from minutes to fewer than 24 hours after injection. The pharmacodynamic response they elicit, however, lasts for many weeks, or even months. In one study, a single dose resulted in a three-month remission of disease. “The study concluded at three months, so the remission could last much longer. We’ll be looking closely at that in our upcoming Phase 2 clinical studies,” says Rigby. That potentially equates to a dramatically reduced dosing frequency.

Revolo Biotherapeutics recently announced a partnership with Corden pharma for scaleup and manufacturing of its ‘1104 candidate to supply its Phase 2 clinical trials. Northway Biotech is its manufacturing partner on ‘1805. Outsourcing, says Rigby, was an easy decision. “We're not in the business of building manufacturing facilities and managing all the compliance and regulatory controls that come with it. That’s a huge capital investment that we don’t need to bear if we can partner with other companies that have already invested in the facilities and that have the expertise.”  Finding the expertise, he says, was the challenging part. The challenge was exacerbated by the COVID-19 pandemic. “There aren’t too many companies that have the expertise to manufacture these products, and who can comply with the rules and regulations they’re subject to. Normally, we’d visit potential facilities, examine them, and interview their leaders. We couldn’t do that. So, we hired some experts to head up the virtual process of vetting outsourced manufacturers in the absence of face-to-face interaction,” he says. “I’ve still not met those manufacturers in person.”

Rigby says when he started at Revolo in 2020, his first priority was to capitalize. That effort, too, was challenged by the pandemic. “I was the first U.S. employee, and I thought to myself, how that heck am I going to raise money?” he recalls. “I’ve done it many times in the past, but it always involved trains, planes, automobiles, hotels, and handshakes. All of that evaporated. We relied heavily on research and remote due diligence, and in September 2021 we closed a $54 million Series B financing round with Morningside. To this day, I haven’t met our investors face-to-face.”

It's a common refrain during back-to-back bumper years for biotech financing.

Learn more about Revolo Biotherapeutics, Rigby, and the progress the company is making on episode 57 of the Business of Biotech podcast.