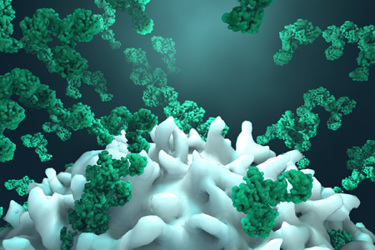 Merriam-Webster’s dictionary lists the third definition of the adjective democratic as “relating to the idea that all people should be treated equally.”

It’s not a word we often associate with access to biologic therapies.

The incredible expense of development—much less production, manufacturing, and distribution—of biologic therapies translates to the excessive costs incurred by patients and payers. It’s the most high-profile reason democratization of biologic therapies is a difficult nut to crack.

Lumen Bioscience has accepted the mission to change that paradigm. Beginning with highly prevalent diseases including C. difficile Colitis, COVID-19, IBD, and metabolic diseases, the company is crafting a pipeline of molecules developed from the readily available blue green algae spirulina, a prolific grower. It hopes to offer those molecules in highly potent, orally and topically administered formats. On episode 73 of the Business of Biotech podcast, Lumen execs told us how they intend to turn biologics manufacturing and administration on its ear.

Lumen’s is an audacious goal. To achieve it, CEO and co-founder Brian Finrow says a reboot of biologics development, manufacturing, and delivery is required – from the host cell up. “Our goal is to perturb nature as little as possible,” he says, a notion that stands in stark contrast to the current standard of antibody production. “To make an injectable antibody therapeutic today, you start with a cell that's been excited from a mouse's ovary. Then you have to figure out how to make that cell—whose natural growth state is within that mouse’s ovary—grow outside it’s natural environment.” That requires suspension in a giant tank, in a completely sterile environment with inputs of incredibly high osmotic pressure sugars, amino acids, salts, lipids, polyamines, and more. “To successfully grow a CHO cell line that will pump out antibodies, you've got to very heavily engineer the system,” says Finrow. “the biopharma industry has proven that we can do that very well, but they can’t do it very cheaply.” Spirulina, on the other hand, grows naturally in alkaline lakes worldwide. Lumen CSO Craig Behnke, Ph.D., says the conditions in which it flourishes can be easily replicated in a clean, controlled environment. “With very little engineering, we can create the chassis to grow spirulina, an organism already farmed to the tune of tens of thousands of tons per year for food purposes,” says Dr. Behnke. The challenge then becomes getting spirulina to make useful molecule.

“With few exceptions like CAR T-cell therapy, the major cost of creating a new biologic drug isn’t manufacturing,” says Finrow. Instead, he says the biggest expense is incurred at the development stage, and chief among those development expenses are failed clinical trials. Depending on your math, it takes about twenty trial starts to yield a single drug, and the multimillion-dollar cost of development from a CHO cell is the same whether that molecule makes it beyond phase 1 or not.  “Because CHO manufacturing is cumbersome, it takes several years and $10 million for even a very efficient, modern CDMO to take a new protein molecule through process development,” says Finrow. “We want to find a more cost efficient and scalable approach to development and manufacturing: lower unit costs, faster and cheaper development, cell line establishment, engineering, and process validation. These things are much easier to achieve in a simple system than in a cumbersome, convoluted system with multiple exotic inputs,” he says.

The simplicity of establishing a cell line from spirulina, says Finrow, as akin to e-coli, but with the advantage of photosynthesis protein. “Introducing DNA into the cell to make the antibody you want is much simpler, faster, and cheaper in a prokaryotic host like spirulina. The reagents to do that are simpler. The process is faster than isolating the cell line,” he says.

The manufacturing stage, says Finrow, is where the company’s prospect of spirulina-derived, orally available biologics really shines. To develop from CHOs, the reagents required for process engineering, fermentation, and sterility are resource intensive because they’re complex and expensive, regardless of whether those processes are taking place in stainless steel or single-use environments. For orally delivered products, many of the sterility and cleaning requirements are excluded. “Our infrastructure is simple and inexpensive,” says Behnke. “Our Capex utilization is more efficient because rather than being pulsed through batches, we can grow things in a truly continuous fashion. Rather than using factory capacity only 30% of the time, we're using it 98% of the time. Cell culture media isn’t exotic, it's simply city water and various salts to enable photosynthesis for the prokaryotic cyanobacteria, which makes everything it needs,” he explains.

In a CHO environment, downstream processes require extensive purification and contaminant testing. “The default setting is that injecting protein therapeutics at high volume into a patient’s blood system is inherently unsafe,” says Behnke. “That’s why parenterally-administered biologics are subject to such extreme purification and safety protocols,” he says. Eating proteins, on the other hand, is inherently safe and natural. That all the products in Lumen’s pipeline are orally delivered is central to the company’s ‘perturb nature as little as possible’ philosophy.

“Every plant, every steak, everything we eat is full of proteins and bacteria, which make their own proteins in the bacteria inside the GI tract,” says Behnke. “Those bacteria are being attacked constantly by bacteria phage, making still more proteins, and it's by default safe. So, what we're doing is working with the grain of the wood. That means we can avoid all that extra caution that traditionally needs to be engineered into the system to make a safe product, resulting in a downstream process that’s almost as simple as single-step spray drying. The cost efficiencies on that one step alone are tremendous.”

Of course, to produce orally or topically delivered biologics that target indications most effectively treated via the vasculature, Lumen confronts a well-known bioavailability challenge. That’s why it’s currently focused on tissue diseases that have receptors or targets in tissues of the body that can be addressed directly by the protein where the tissue barrier function is still intact: the GI tract, the upper respiratory system, and the skin. But, rather than view that as a limitation, Lumen sees it as an opportunity. Finrow explains with a timely example. “The top dose administered during the trial of Regeneron’s SARS CoV-2 was eight grams of pure antibody. That’s a colossal amount of antibody delivered to the vasculature at around $1,600 per dose at traditional manufacturing costs,” he says. “It works, but the concentration of that amount of antibody is what drives much of an effect that could be realized at a dose that’s a thousand times lower outside the blood serum,” he says. At issue is the difficulty those large molecules have crossing barriers from the vasculature and into the interstitial tissues and beyond, to where diseases like SARS CoV-2 and C difficile infection and other pathogens attack the mucosal and GI lumen tissue itself. “If reaching diseased tissue via the blood serum is a ‘bottom up’ approach,” says Finrow, “you might say we’re coming at it from the top down.”

Reducing the expense of manufacturing is an absolute requisite for success. In GI tract indications in particular, one disadvantage of orally administered biologics is the rate at which ingested proteins are evacuated from the body. They require daily administration, and at traditional manufacturing costs, those couple-hundred dollar per day doses quickly add up to an expensive course of treatment. That cost is a pill most people won’t swallow – pun entirely intended – to treat typically nonfatal diseases. If manufacturing costs can be reduced to the point that the product costs just a few dollars per day, as Lumen intends, it becomes feasible. “Reducing the cost of manufacturing allows us to enter the realm where organizations that provide medicines to the developing world can also start to access these things and get them to the patient populations that desperately need them,” says Behnke.

“It turns out there’s a tremendous amount of unmet medical need in all of these areas that are being left behind by traditional drug development technologies,” adds Finrow. Meeting that need via accessible, affordable biologics that can be administered anywhere is the very definition of democratization.

Learn much more about Lumen and its approach to manufacturing – and democratizing – biologics on episode 73 of the Business of Biotech podcast.