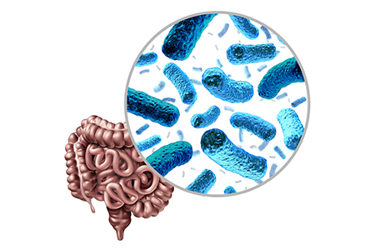 Dr. Bernat Olle shares the story behind the Vedanta Biosciences mission to modulate the gut microbiome to treat myriad immune-mediated diseases from food allergies to cancer.

In early September 2020, the biotech industry lost a pioneer in Daniel Wang, the MIT professor who launched the Institute’s Biotechnology Process Engineering Center back in 1985 and contributed greatly to what we know today about fermentation, bioprocess controls, enzyme technology, purification, and protein folding. More importantly, Dr. Wang shared his knowledge with countless students and peers over his long tenure at MIT.

One of the many people inspired by Dr. Wang and his work was then-student and now Dr. Bernat Olle, CEO at Vedanta BioSciences. In fact, Dr. Olle’s thesis explored how to make bacteria more productive in the manufacture of biologics.

It was this early exposure to the power and functionality of bacterium that laid the foundation for the work Dr. Olle does today. “The community of microbes that we live with plays very important roles in health, and it's amazingly diverse and complex. We’re just beginning to understand how the immune system senses microbes and how that information could be used to create new drugs that don't have some of the limitations of existing drugs,” he says.

The Business of Biotech podcast caught up with Dr. Olle to discuss our understanding of the microbiome, bacteria’s place on the biologics landscape, and the impact he anticipates Vedanta making. Here are some highlights from that conversation, which you can hear in its entirety here.

Business of Biotech: Is bacterial therapy embraced or accepted by the biopharma establishment?

Dr. Olle:  We’re seeing cellular therapies being approved and prescribed for cancer and other applications. These are based on human cells. The key difference here is that we're developing therapies that are based on bacterial cells from the gut microbiome. And there's a whole new dimension that comes into understanding the ecology of how these cells interact with each other. The acceptance of bacterial cell therapies is still largely to be seen. Some pharmas have dipped their toes in the field and some are watching from the fences, which is normal. That happens with every modality. I think it may really depend on the specific modality within microbiome.

For example, I have a hard time imagining that pharma will fully embrace commercial modalities like fecal transplants. That’s maybe too big of a departure from what they're comfortable with. I have an easier time imagining how they might embrace more reductionistic approaches, like using small molecules made by a bacterium that may have some pharmaceutical activity, because that's much closer to what they're used to doing. At Vedanta, we're somewhere in between. We're not going reductionistic, and we're not using fecal material either. We've come up with a modality whereby the drug is a community of multiple species of bacteria, produced under GMP as a biologic. I think that these types of products may be embraced by pharma with time, but still they require a conceptual shift compared to how you think about developing a small molecule or protein-based drug. Perhaps the most salient departure from traditional drug development, whether small molecules or proteins or oligonucleotides, is that these modalities leverage chemistry, biology, and computational science.

The development of drugs based on bacteria that colonize the intestine is going to need to rely very heavily on insights that come from ecology, and this is a discipline that has been completely ignored by the pharmaceutical industry. There aren't people that are comfortable thinking philosophically about principles of ecology in pharma. In the short and mid-term, this modality is better left to emerging biotechs that can nurture the innovations that are necessary to advance the concept and de-risk it to the point that it becomes easier to accept by the large incumbents in biopharma.

Business of Biotech: What’s the commercial play around probiotics? Is stigma too strong a word to describe the impact that commercial over-the-counter products have on the acceptance of bacterial therapies as a serious therapeutic modality?

Dr. Olle: I don't think it's too strong a word. The hard evidence supporting the use of over-the-counter probiotics and prebiotics that are included in foods as having a meaningful impact on health is very, very weak. I think the fundamental problem with the OTC probiotic industry is that the bacteria that are being used are not bacteria that have a shared evolutionary history with humans. These bacteria are typically isolated from dairy products, like milk, cheese, or at best, from the infant gut. When you put them in the intestines of adults, they don't thrive. They don't persist. They’re usually gone in a matter of hours and they don't colonize.

If you cannot invade and colonize that ecosystem, a meaningful, therapeutic effect is unlikely. Not impossible, very unlikely. In my view, the more logical solution is to use as active ingredients that are best adapted to thriving in the human intestine, and those are the bacteria that have co-evolved with us. So these are the type of bacteria that we're focusing on. The hype is something that we all have to contribute to controlling. It’s incumbent on us, the drug development industry, to contribute to bringing credibility to the field by publishing our work, putting it out there for peer review and criticism. That's how you advance a new modality and how you gain the trust of the scientific community. And we've consistently done that at Vedanta.

Business of Biotech: Let's discuss the market for bacterial therapeutics. How big is the medical need, and how does Vedanta plan to address it?

Dr. Olle: There are two clinical problems that are fairly well-defined where I think gut microbiome interventions can be more useful that the drug modalities that exist today. There are many other problems beyond those two that will likely emerge over time, but the first and clearest medical need and opportunity is in infection control. Today, we rely largely on antibiotics, and the problems with antibiotics and emergence of antibiotic resistance are well understood. This is not a war that we can win with more antibiotics. Ultimately, bacteria will develop resistance and it's just a matter of time before that takes place.

We also know that there's a well-defined problem with taking high risk antibiotics, things like second- or third-generation cephalosporins working on beta-lactams, and general antibiotics that target a broad spectrum of the bacteria that live in the intestine and kill them. We talk a lot about stewardship and unnecessary use of antibiotics, but we also have to acknowledge that some antibiotic use is absolutely necessary to enable a broad range of procedures that need to happen in the hospital, like surgeries and chemotherapies for cancer patients and bone marrow transplants. But the combination of these two elements, a high-risk antibiotic and an underlying disease in the patient, is really a problematic cocktail.

Take a patient that has a complicated liver disease like cirrhosis, or those undergoing bone marrow or organ transplants. They’re getting bombed with antivirals, antibacterials, antifungals, and antibiotics. Patients that are in the ICU for an extended period of time, typically the elderly, are often on antibiotics for weeks. After getting an antibiotic, these patients will be far more vulnerable to being colonized and then infected by a range of bacterial pathogens and viral pathogens and fungal pathogens that dwell in the intestine than a healthy young person would be.

In a hospital setting, those pathogens have an advantage when they’re resistant to many of the antibiotics that are used to treat the patient. The compounding results are infections, sepsis, and a range of immune complications. There's a long list of bacteria that can take over in that situation, and in those cases, I think the solution is a repopulation of the microbiota of the patient to prevent the infectious event. I think it serves an unmet need that is not being served by antibiotics.

The second, broader class of problems that I think we have a good case for is modeling the modulation of immune responses. We know that somewhere between 80% and 90% of the cells of the immune system at any point in time are in the intestine. And the reason they're there is because they have to patrol these trillions of bacteria that live in the intestines, some of which are problematic, but most of which are good bacteria.

It shouldn’t be a surprise that in conditions like inflammatory bowel diseases is Crohn's and potentially others, the type of bacteria that live in the intestine determines if you're more likely to have inflammation or not. And so we deal in changing the composition of bacteria in patients that have immune diseases as another orthogonal solution to the types of approaches that are being used today, such as cytokine blockers.

Explore more of our conversation with Dr. Olle on The Business of Biotech at www.bioprocessonline.com