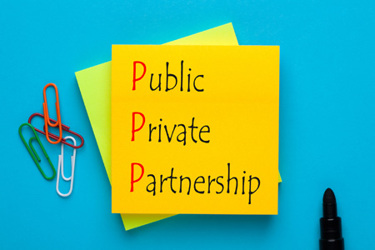 Lakes Bioscience’s Wallis points to learnings from the COVID-19 pandemic as exemplary of the roles for public and private investment collaboration in response to public health crises. “In the U.K., we’ve seen some very strong strategic response, and I think the public focus has to remain consistent and not revert back to the pre-pandemic norm,” he says. As an emerging manufacturing center focused on biopharmaceuticals, his organization sits at the intersection of public and private biopharma funding to ensure manufacturing capacity to meet public health needs. “We really want the U.K. to build on, improve, and move forward with the level of commitment on display now, and not let that drift into second- and third-order platitudes,” he says. “If you were to segment that now, you’d see that private industry is focused on a shorter-term horizon, while public funds and government resources are focused on delivering strategy and longer-term resilience. That needs to be reinforced and maintained going forward, but I think both public and private investment also needs to be made around supporting some of the very early development work, where there's substantive risk.” Massachusetts Biomedical Initiatives’ Weaver agrees. “The biopharma industry mechanism was set up to move innovation forward on their own, privately, with technologies born out of small startups and academia,” he says. “Those companies worked with government to build partnerships and get through a regulatory process that enabled a vaccine effort that we should all be extraordinarily proud of.” While that specific support came on the back end of the therapeutic development spectrum, Weaver points to often underappreciated sources of federal support for early-stage startups. “The federal government does a nice job of seeding early-stage innovation through their SBIR (Small Business Innovation Research) programs,” he says, describing SBIR as a federal government seed program that provides support that wouldn't typically attract private capital. “They can utilize that federal funding to get them a little bit further on the development path and de-risk their programs so they might become more marketable to private capital,” he says. Even earlier, he says, federal funding in support of academic research is where early innovation that’s not ready for the capital markets gets started and funded before being leveraged by industry to respond to public health needs. Jeff Wolf, who represents a clinical-stage biopharma company developing a cellular vaccine platform that’s purpose-built for rapid response to public health emergencies called RapidVax, brings an interesting perspective. Heat Biologics is a classic example of an emerging biotech that’s been well-funded for its work developing cell therapy and antibody candidates in specific therapeutic areas—specifically lung cancer and solid tumors. Its RapidVax initiative is a different animal, and it shines a light on the gap between traditionally private, early-stage support of R&D and the public regulatory and funding engagement that typically forms up later.  “The current capital system provides adequate funding mechanisms for biotech companies to pursue commercial drugs, but something like this [pandemic] that was so unexpected requires long-term development efforts for events that may or may not ever happen,” says Wolf. “These binary events aren’t a place where most private companies can really put their cash on the line. I think that's really where the government should come in, in terms of balancing very long-term initiatives with shorter-term commercial initiatives.” New and emerging biotech companies, says Wolf, don’t have much choice but to focus on programs that have commercial applications that aren't as binary as biological threats that may or may not hit, or viruses that may or may not mutate. “There are real commercial needs out there that companies like ours need to address, so that's what we're focused on. But if we have a technology that could lend itself to something like COVID-19, we need the financial support of public agencies to apply those programs to those unexpected threats.”

During the BioProcess Online Live! event, we polled our audience of biopharma leaders in real-time. We asked a simple question: Are you leveraging partnerships or funding from public health agencies to support the development of therapeutic candidates in your pipeline? Just half of attendees answered yes. Wallis points to the challenge of the process of securing funds in the public funding arena. “It can be a time-consuming process, and smaller companies in particular might find it too much of a burden,” he says. “We’ve been giving the U.K. government feedback to that end—that they need to make this much sharper and simpler.”

Weaver agrees, and he draws a connection to Wolf’s earlier point about the necessity of emerging biotechs to focus on near-term commercial projects. “To secure the capital to bring a product all the way to market and provide a return for private investors, there has to be a large and consistent market,” he says, and therein lies the friction. “Often, public financial support is applied to markets that don’t fully exist. But I do think there’s an opportunity for some companies to take advantage of government funding, particularly if they're not fully funded and they need additional support for proof of concept or clinical data that can be leveraged into a platform technology that has other market applications,” he says. To position for those funds, Weaver suggests exploring how a focus on public health might weave into the context of your larger commercial strategy.

Wallis says modular manufacturing environments—including talented people to run them—and resilient supply chains are two immediate areas of need for public/private partnership focus. The third element, and the one necessary to tie them together, he says, is the integration of public health agencies. He calls what we’ve seen over the past two years in response to the pandemic “cause collaboration” resulting from public health agencies being very integrated in the biopharma process. “Everyone's benefited from that along the way, and it must continue,” he says.

Weaver points to a specific scenario at Massachusetts Biomedical Initiatives that illustrates public/private collaboration in action. “Back in 2015, our organization recognized that our area (Worcester, MA) was well-poised to capture part of the biotech manufacturing market,” he recalls. Much of the area, however, is an urban environment, which poses limitations on securing real estate that’s suitable for biotech manufacturing. “There was some state-owned land we were interested in, so we created and hosted a biomanufacturing summit with 70 industry players. We brought together a group of public and private partners, including our Lieutenant governor, to explore an opportunity to transfer that state land to create a biomanufacturing park.”

Weaver’s team created a task force comprised of 25 stakeholders representing local, state, and federal government officials and private biotech interests. That group sat around a table and negotiated a deal to move the project forward. The result of the collaboration was transfer of the land to a nonprofit real estate development company, which developed the necessary infrastructure to suit the site to biotech manufacturing. “A private developer has now taken over the project, and the first two manufacturing buildings are under construction,” says Weaver. He doesn’t sugarcoat the success story. “It was a complicated process to create the space to enable some of these technologies to move forward,” he says. “But, if government can help build out that infrastructure, it will not only help prepare us for the next pandemic, but it will also help prepare us for the wave of cell and gene therapy technologies, and other personalized medicines that will require more resilient and localized manufacturing.”

Head over to BioProcess Online to hear the full conversation with Wallis, Wolf, and Weaver on-demand.