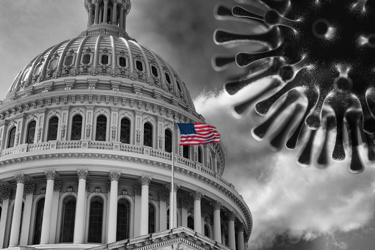 If campaign promises parlay to administrative action, further federal intervention and oversight of biopharmaceutical supply chains are guaranteed in a Joe Biden presidency. That spells a combination of new opportunities and new burdens for biopharma manufacturers.

One of the oh-so-many lessons laid bare by the COVID-19 assault on America is that supply chain redundancy, and more specifically, localization (i.e. “made in America”) is not a partisan issue, but an important business consideration that the federal government can play an important hand in catalyzing.

Very-soon-to-be-President Joe Biden acknowledged as much during his campaign, conceding that “the U.S. needs to close supply chain vulnerabilities across a range of critical products on which the U.S. is dangerously dependent on foreign suppliers. America needs a stronger, more resilient domestic supply chain…”

His campaign promises on the topic were to:

Those words are campaign rhetoric, but the campaign offered more detailed plans, in more explicit terms, related to shoring up U.S. critical medical equipment supply chains. Here’s a look at some of the specific actions President-elect Biden said his administration will take, and some reflection on the implications for biopharma.

The DPA grants the President broad authority to mobilize the domestic industrial base toward emergency preparedness. To be fair, President Trump invoked the act, which allows the president to require companies to prioritize contracts deemed essential for national security, in early April, leveraging it specifically for the production of ventilators. But while President Trump has hinted at invoking the act again “if necessary” to expedite the vaccination effort, Biden says he will use the DPA to direct U.S. companies to ramp up production of critical products deemed immediately necessary, including vaccines. He says his administration will then use the 100-day review process to determine the path forward over the mid- and long-term. To navigate the slippery slope of government’s private manufacturing capacity oversight, the budding administration has said it will “pursue competitive public-private partnerships to encourage and invest in innovative manufacturing technology and capacity.”

The details of such a capital-intensive initiative are vague—a surge in manufacturing capacity requires a corollary surge in expensive raw materials and equipment, after all—but the campaign suggested a Biden administration would compensate companies for maintaining excess production capacity and inventory for products designated as critical. It also intends to “encourage companies to create databases of product designs for supplies that might be needed during a national crisis.” Asking for that sort of intellectual property transparency from competitive enterprises would requires some creative encouragement indeed. That’s where compulsory licensing (see below) comes into play.

For their part, manufacturers of critical therapies, devices, PPE, and raw materials might see the administration’s promised Procurement Act intervention as both an opportunity and a burden. President-elect Biden’s plan is to leverage “federal purchasing power to bolster domestic manufacturing capacity for designated critical products.” While the wielding of that purchasing power is derived from the Act and spells federal contract opportunity for suppliers, the administration has hinted at the supply chain scrutiny it might apply to firms awarded procurement contracts under the act. The Biden campaign suggested that in invoking the Act, the administration will focus “not only on where the final product sold to the U.S. government comes from, but on the supply chains of companies that receive large federal contracts.”  In other words, if you want some of that federal purchasing power to come your way, be prepared to open the supply chain kimono and adjust your sourcing strategy.

This is nothing new, as BARDA is already supplying billions of dollars to support the development, clinical studies, vaccine manufacturing tech transfer, process development, and scale-up, activities taking place at a host of bio and pharmaceutical companies. BARDA funding allocation has been criticized, however, as the inevitable evidence of pay-to-play arrangements between the healthcare lobby and legislators has bubbled to the surface. While this is a zero-sum political gain, President-elect Biden’s promise is to apply a science-based litmus test to BARDA purchasing decisions and to provide yet-undisclosed incentives for the production of vaccines and other medicines in the U.S.

President-elect Biden has also indicated that he would use direct compulsory licensing of vaccines—whereby the government exercises the authority to license companies other than the patent owner to produce vaccines without the patent owner’s permission—if companies are either failing to meet production demand or charging excessive prices. There’s much to be further defined and subsequently debated should it come to that, specifically how those companies other than the patent owner would be vetted and selected, what constitutes a failure to meet production demand, and the incessant debate over the definition of excessive pricing as it relates to the cost of biologics production.

The Biden plan makes no bones about its leverage. It acknowledges that the federal government is the world’s largest purchaser of all things healthcare, spending more than $1.5 trillion annually to support Medicare, Medicaid, the VA, and their beneficiaries. His campaign said it will require the FDA, the CDC, and the DOD to identify critical drugs and medical products and “create a market for American manufacturing by directing federal agencies to purchase versions of these drugs that are made in the U.S. and that use U.S.-made source ingredients.”

To do this, President-elect Biden proposes adjustments to the tax code that discourage offshoring and incent on-shoring. While critics argue that sweeping change aimed at the on-shoring of drug and medical product manufacturing will be difficult without increasing the out-of-pocket drug costs that one might expect the measures to instigate, his campaign maintains that current tax code provisions have encouraged companies to locate pharmaceutical production in low-tax countries with labor and production costs comparable to the U.S.

President-elect Biden would like to increase U.S. strategic stockpiles of medical supplies and other critical goods. He plans to use the aforementioned federal procurement authorities to see to it that these stockpiles are largely made in the U.S.

To that end, his administration would “work with Congress and direct regulatory agencies to require companies that manufacture, distribute, and use designated critical products in the U.S. to regularly identify potential supply chain vulnerabilities and develop plans for addressing them.” Folks, this is good business practice in any event, and it shouldn’t require an act of Congress to consistently conduct a supply chain security self-assessment. Further, President-elect Biden says he will, where necessary to protect critical infrastructure and supplies, “impose targeted restrictions on imports from nations such as China and Russia that pose national security threats.” Our current dependence on the former nation for all manner of life science product supply will limit the teeth of those restrictions for some time.

Like the aforementioned surge manufacturing capacity proposal, the economics of the Critical Supply Chains Workforce Development Fund that President-elect Biden proposes are unclear, though such action is inarguably necessary. The campaign promise is that President-elect Biden will “partner with state, local, and tribal governments to maintain adequate base production capacity in every region of the country and to put in place executive functions that have clear chains of command … to ensure that that in future times of crisis the U.S. will be able to quickly ramp up production.” Funding notwithstanding, execution on this proposal is easy to envision in the context of critically-necessary hard goods like PPE and biomanufacturing consumables and equipment. As it relates to the production of APIs and finished drug products, on the other hand, this one’s a bit harder to see. No one can argue the highly-skilled talent shortage the biopharma industry faced before the pandemic. Spinning up a skilled workforce that can contribute to the discovery, development, and production of critical biologic therapies in a crisis-induced rush that saves the day is science fiction – even record-shattering vaccine development and approval wasn’t fast enough this time around. Solving the science side of the pharma supply chain workforce shortage will require more time and more education reform than any one administration can promise.

Given the current state of the pandemic and subsequent vaccine rollout, biopharma leaders can rest assured that when Biden is sworn in fewer than two weeks from now, these initiatives will be among his administration’s highest priorities. Their implications will soon begin to impact your business. While the proposed burdens of oversight might be out of your control, it’s on you to capitalize on the potential of federally-stimulated business growth.