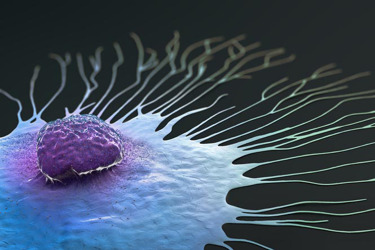 With its ongoing Phase 1 clinical trial of ACE1702 for the treatment of HER2-expressing solid tumors, Acepodia hopes to make a case for fast, affordable, and effective off-the-shelf cell therapies.

The FDA-backed potential of CAR-T cell therapies in the treatment of B-cell malignancies were underscored by approvals of the Novartis tisagenlecleucel (Kymriah) and Kite axicabtagene ciloleucel (Yescarta) products in 2017 and 2018. Further submissions targeting B-cell malignancies and plasma cell myeloma have come fast on their heels. The promise, however, comes with the notoriety of a price tag north of $350,000 per infusion.

Back in June 2020, we caught up with Acepodia founder & CEO Dr. Sonny Hsiao to learn about his company’s initiative to change this cost paradigm. Later that year, the young entrepreneur recruited cell therapy pioneer and veteran Mark Gilbert, M.D. to lead the company’s R&D effort. That move prompted us to revisit progress at Acepodia, so we invited Drs. Hsiao and Gilbert to join us on a recent episode of the Business of Biotech podcast. We asked them for some insight into the manufacturing processes the company is leveraging to achieve its cost control mission.

Dr. Gilbert tells us the Acepodia platform’s success is predicated on leveraging natural killer (NK) cells. While that’s not a new concept—many cellular therapeutic approaches have been built on autologous NK cell manipulation using patients’ own innate NK cells—Acepodia seeks to develop an approach that leverages a line of allogeneic NK cells with a unique receptor expression profile and elevated levels of activating receptors and low levels of inhibitory receptors. And the company seeks to do this at a scale that will conquer the costs associated with autologous approaches.

“To bring this forward economically, we had to overcome an NK cell challenge faced by the entire field of study early on. If you can’t freeze these cells, which sounds like a very simple step, then you can’t cost-effectively take them to patients around the globe and you're stuck manufacturing them onsite,” explains Dr. Gilbert. But, with its proprietary oNK (Off-The-Shelf NK) platform and cryopreservation technologies, Acepodia is producing these cells at clinical scale in its Phase 1 study of ACE1702, the company’s ACC-oNK Cell Therapy targeting HER2 breast cancer. It’s also leveraging the technology preclinically with its ACE1975 candidate targeting CD70 and ACE1708 candidate targeting PD-L1.

Dr. Gilbert says he was struck by the simplicity of Acepodia’s production of effector cells, which hinges on a highly selective process of extracting a rare population of cells that, as he puts it, come pre-configured to act therapeutically. “There’s a lot of effort put into trying to genetically modify cells to do the same thing, but we’re leveraging nature’s analog of that effort and simply harvesting that off,” he says.

To round out production of its ACC-oNK conjugates, Acepodia is linking an antibody with the cells’ activation receptors. “It’s basically what we do with a chimeric antigen receptor, except we genetically engineer it,” he says.

“It’s a two-step chemical conjugation process,” Hsiao elaborates, noting that the company holds multiple patents for its proprietary processes. “We put the linker on the antibody, and then we put a second linker on the NK cells, and they bind together. It takes only two to four hours to make the construct, lending to the manufacturing efficiency and cost control we desire,” he says. Current approaches can take upwards of two weeks.

Hsiao says the cost reduction at clinical scale is dramatic. A single dose consisting of a billion cells, he says, can be produced for approximately $2,000. “We foresee that cost being trimmed to somewhere between $500 and $2,000 at commercial scale,” he says. He admits, of course, that the company has yet to encounter the challenges associated with manufacturing at commercial scale, but he anticipates those challenges to be solvable. “When we move to larger bioreactors, moving from 200 to 800 to 2,000 liters, we’ll require more reagents. We’ll need to address thermal and kinetic dynamics as we increase volumes,” he says.

A Differentiated Approach To A Crowded HER2 Therapeutics Market

Dr. Gilbert acknowledges that the HER2 target is one that many biopharma companies are pursuing, with monoclonal antibodies and antibody drug conjugates, in particular. He alleges that Acepodia’s approach expands the therapeutic potential to patients with very low expressions of HER2. “That’s not feasible with the products on the market today,” he says, “And it all has to do with the fact that a cell surface can bring many of these receptors together and pick off even sparsely related HER2 on the cell target and thereby killed the tumor cell. We've demonstrated this in the lab and we’re hoping it translates to the clinic,” he says. “This is the next big step for us, because as we've described, once we can show conceptually that the platform works well, all of these other portfolio pieces that we were talking about earlier start to become much more feasible to take into the clinic as well.”

Learn more about Acepodia and its approach to CAR cell therapy production and cost control by tuning into our conversation with Drs. Hsiao and Gilbert on episode 28 of the Business of Biotech.