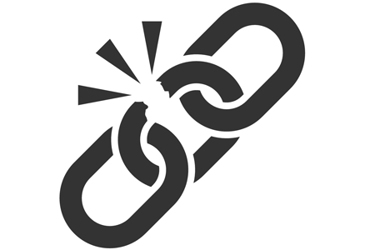 Antibody–drug conjugates (ADCs) show great promise in oncology, but they’re only as strong as their weakest link. Many an ADC candidate has met its demise at the hands of the linker. It’s the most critical piece of the ADC puzzle.

Done wrong, linkers are prone to releasing their payloads errantly, resulting in reduced efficacy at best and devastating off-target toxicity effects at worst. Either, or both, can stop the clinical promise of an ADC in its tracks.

Dr. Philipp Spycher is CEO and co-founder of a biotech that believes it can solve the ADC linker challenge. Zurich-based Araris Biotech was born of Dr. Spycher’s post-doctoral research at the Paul Scherrer Institut (PSI). When he started modifying antibodies with hydrophilic peptide linkers in the lab there, one of his skeptical professors told him he’d likely be the last person to ever work on such a project. The professor was proven wrong when Dr. Spycher’s approach worked. Antibody engineering, his experiment found, was unnecessary for site-specific conjugation to the Q295 location of native antibodies, and glycosylation at N297 of the Fc domain was maintained. As a result, the PSI spinout Araris Biotech AG was formed in 2019. “It was unexpected. It was serendipity,” he says.

While the company is in the early stages of applying its linker technology to a proprietary pre-clinical pipeline of ADCs, Araris is eager to license its platform to other ADC developers.

At the heart of Araris’ platform is its proprietary line of indication-specific peptide linkers with finely tuned hydrophilicity to accommodate various payloads, composed from an enzyme that’s already been approved by the FDA for food use. A native glycosylated antibody, the Araris linker with the payload, bind to form the ADC under the catalyzing effect of the enzyme. The result, says Spycher, is showing manufacturing efficiency, safety, and efficacy promise in animal models. “In mouse models, we’re seeing circulatory stability and improved release compared to existing technologies,” he says, “to the degree that we’re achieving efficacy with just a quarter of the drug payload used commonly in existing therapies on the market.”

The potential to achieve efficacy with 25% of the API used in reference compounds—a product of the conjugate’s circulatory stability and precision release at the target tumor site—bodes well for manufacturing cost control. That parlays to the potential for favorable trends in the payer/patient cost of ADCs, which can currently exceed $4,000 per month. Less drug product, delivered more precisely to tumor targets, also yields an improved safety profile. “Traditionally, comparable levels of efficacy have only been achieved by using more toxic payloads. We don’t need to do that,” says Dr. Spycher. “We have emerging tolerability data in rats that demonstrates a significantly improved therapeutic window compared to what’s currently on the market.”

Dr. Spycher says the primary focus at Araris is developing its own pipeline of ADC assets. “We’re venture backed, so we’re seeking returns and we feel the best opportunity for that is to develop our own assets, where we can demonstrate the value of our linker technology,” he says. At the same time, the company is interested in entering into partnerships with biopharma companies interested in licensing its technology. “We’re not a CRO. We’re not interested in offering the technology as a fee-based service,” he says. “We’d like to license the technology for other companies’ use in-house, or to CDMOs for use on their clients’ development projects, in exchange for milestone-based royalties.”

The company’s approach is getting noticed. In August 2021, it made the 8th annual World ADC Awards short list for best ADC platform technology. In June, Labiotech.EU named it among the top 15 Swiss biotech difference-makers in Europe. With a promising new technology in the lab, Dr. Spycher is spending his days doing what biotech entrepreneurs do—raising money, all the time. Late last year, Araris closed a $16 million financing round to sustain its short-term plans. Now, it’s in the process of launching a Series A, which the company will leverage to reach clinical proof of concept and IND-enabling stage for its lead asset.