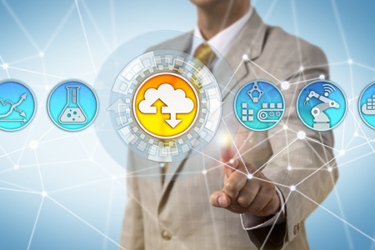 There’s a business development guy I work with here at the BioProcess Online/Life Science Connect office who does a great job of using Slack to keep our bio team apprised every time a spade pierces dirt on a new biopharma manufacturing buildout. He’s a one-man RSS feed and the releases he shares come in droves – sometimes a couple per day, sometimes a half dozen. Slightly more of the announcements are from CMOs and CDMOs than sponsor companies.

Those buildout announcements provide real-time evidence of the market forecast: what was slightly better than a $160 billion global CDMO market is expected to reach $236.61 billion by 2026, according to Mordor Intelligence.

And yet, growth isn’t happening fast enough. Almost to the exec, the biopharma leaders I’ve interviewed who have chosen to build their own manufacturing facilities cite long lead times — often 18 months and beyond — and a lack of confidence in CDMO expertise to handle highly complex therapeutic development as reasons for assuming the cost and risk of in-house manufacturing.

To get a level-set on the CDMO capacity and capabilities situation and what it means to biopharma, and more specifically, cell and gene therapy innovators, I sat down for a conversation with three leaders who approach the topic from different perspectives:

Mangal adds that the FDA has approved more than 20 cell and gene therapies since its first approval in 2017, and it expects to approve 10 to 20 new therapies per year starting in 2025. “There are more than 1,300 clinical trials happening worldwide, at least half of them in the U.S., where more than a hundred trials have launched since 2020. There are more than 1,200 therapeutic developers worldwide, about half of them here in the U.S., and that’s nearly 200 more than there were this time last year,” he says.

The fast-growing volume of mostly early clinical-stage companies is what’s driving the CDMO industry, says Mangal, because newly born companies aren’t often prepared with the money, or the know-how, to stand up internal manufacturing capacity. “CDMOs will naturally play a big part in helping these companies with early phase development until they have internal capacity, and for some, it may never make sense to have internal capacity,” he says. “We're seeing a higher percentage of outsourcing in cell and gene therapy than any other field. More than 80% of viral vectors are being outsourced and more than 50% in cell therapy.”

Advantages Of A Hybrid Manufacturing Approach

Greenberg says that among those cell and gene therapy companies choosing to outsource, about half of them do so in hybrid fashion, often through a co-location arrangement with organizations like the center For Breakthrough Medicines. “The R& D and tech transfer processes are quite cumbersome, so co-location has many advantages to streamline that path to commercialization,” she says. “With cell and gene therapy, it's all about speed to market. Co-location typically eliminates a lot of the speed bumps that would take place along the way in a purely outsourced or do-it-yourself environment.”

Those speedbumps, says Greenberg, include a shortage in bioreactors, consumables, analytical methods, and the talent required to handle it all. She says a good CDMO partner will have access to not just material supply and manufacturing capacity, but also process and manufacturing expertise.

They hybrid model is one that Verma has embraced for Iovance. “We’ve partnered with various CDMOs over the past couple of years to support our clinical programs and products and our supply chain network, and that’s blossomed into a diverse and talented group of partners in the U.S. and Europe that’s helped us to make ground in advancing our company's growth trajectory,” he says. “We’ve benefitted from access to the technologies and sciences needed for TIL therapies. While we have brilliant individuals in our Tampa facility performing the benchtop and lab work associated with our proprietary TILs, we weren't sure that we could do this on our own.”

Iovance also seeks to keep the door open to tech transfer from its CDMO partner back to its own internal manufacturing footprint. “When we thought about that, it was clear that it would make sense for us to utilize that talent from the CDMOs as well. We need to have the right-sized and properly equipped facilities to support different phases of our journey. We didn't need a large facility initially, and most of the early-stage development work could be done in one or two clean room spaces with all the infrastructure in place. Appropriate CDMO partners could offer that and help us advance the clinical pipeline to a certain level,” he says.

Stakeholder/shareholder value and expectations played a role in Iovance’s outsourced decision making as well. “We have to constantly keep cost and timelines in check, and to that effect, CDMO partnership can make sense,” says Verma. “When you think about a greenfield facility from the time you go from groundbreaking to commissioning and validation, it's a 12-to-18-month journey. That time could be extremely valuable for a cell and gene therapy company to advance their efforts utilizing a strategic CDMO partner.”

Verma, Greenberg, and Mangal share much, much more insight into CDMO partnership selection on the entertaining and informative episode 68 of the Business of Biotech podcast, which you can listen to here or watch here.