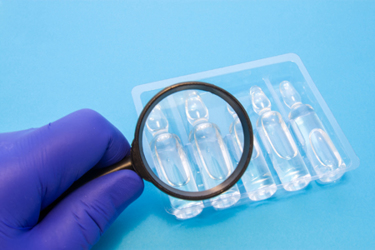 Investment banking firm Jefferies’ analysis of clinical holds over the past 12 years revealed a sharp increase in 2021. That increase, it says, was enough to double the historical average, and the rise is fueled in large part by biologics.

For Immunome, the first two quarters of 2022 offer a textbook case study on how to manage clinical holds, taken right from the pages of Clinical Biopharma 101

Back in January, the antibody therapeutics developer took a small step back when the FDA placed a clinical hold on Phase 1 IMM-BCP-01, a three-mAb-cocktail designed for the treatment of COVID-19. The Agency’s request was for more information related to the preparation and administration of the investigational combination.

On news of the hold, Immunome’s stock sank as its clinical activity ground to a halt.

It’s a precarious position to be in. While Jefferies analyst Michael Yee says “most” clinical holds are eventually lifted, that “most” isn’t an overwhelming majority. Somewhere between 50 and 60 percent, he says, move forward after submission of a complete response to the Agency.

But President & CEO Purnanand Sarma wasn’t rattled when the FDA called back in January. Gracefully, he thanked the Agency for its feedback and set his team to work.

By March, the trial was back on track after team Immunome submitted its complete response to the Agency’s request for more data. That’s a quick response. According to Jefferies’ research, clinical holds last an average of 145 days.

Then, in May, Immunome’s stock bounced when it reported positive preclinical data on the candidate clearing the Omicron BA.1 variant and retaining activity against the BA.2 subvariant in a hamster model.

In June, the company announced initiation of its Phase 1b Study of IMM-BCP-01, having dosed its first patient in a single dose/dose escalation study of recently diagnosed COVID-19 patients to evaluate safety, pharmacokinetics, and virology.

The Business of Biotech podcast caught up with Immunome President & CEO Purnanand Sarma, Ph.D. on episode 104 to discuss the company’s unique approach to mixing antibody cocktails. I also asked about the FDA’s hold and how he managed the company through it.

What The Agency Wanted

“The agency, as it rightly should, was being cautious,” says Dr. Sarma. At issue is that when you’re compounding at the site — when you have three antibodies that you’re combining, and then infusing, for instance—documentation around preparation and administration controls need to be quite thorough.

The Agency needed additional information on the activities immunome was conducting at its compounding and administration sites. “If you look at any of the antibody cocktails out there on the market, the sponsor’s compounding information sheet runs three pages long,” says Dr. Sarma. “Whenever there is extemporaneous-use dispensing happening, the agency tends to be extremely cautious about it, and rightfully so,” he says.

Because clinical holds caused by product quality and toxicology issues generate the most media buzz, the very words “clinical hold” carry a negative connotation. While in no case is a clinical hold considered a positive news signal—they’ll almost assuredly set timelines back by months, if not quarters—the stigma they hold is a product of sensationalism. A clinical hold can be nothing more than a right-angle check—a “time-out” taken to check your work. It can even be self-instigated by the sponsor company.

In Immunome’s case, the Agency took that time-out to request more data on the mechanics of the company’s compounding approach.

Asked for his advice on leading a biopharma through an FDA-initiated clinical hold experience, Dr. Sarma doesn’t hesitate. “Patient safety is first and foremost. That’s number one. Sometimes there are differences of opinion on elements of risk assessment, whether among individuals within the company or between the company and the agency. The Agency rightfully has the obligation to ensure safety.”

From time to time, the Agency considers certain things that a sponsor may have missed. When the agency considers itself lacking information, whether or not the sponsor believes a clinical hold is in order, it has the authority to call a time-out to request that information – even if it’s information the sponsor doesn’t consider important. Oftentimes, the “why” behind the Agency’s concern is enlightening to the sponsor. “We should all be paying attention to what the Agency is giving us in terms of feedback,” says Sarma. “They have access to data on many products. They’ve seen things that individual biopharma companies haven’t seen. Consider how many antibody characteristics the Agency has seen throughout COVID, for example. If they’re telling us these considerations are important, we will absolutely follow their lead.”

Finally, Dr. Sarma suggests factoring a clinical hold into your timeline, because holds result in procedural steps that are only resolved with time and data. Often, the data the Agency requests is available, it simply wasn’t submitted because its relevance wasn’t understood. “Just because you file an IND, doesn’t mean you’re going to dose on day 29,” he says. “Of course you’re disappointed when things get delayed, but it's for good reason, so we don’t consider it a negative.”

Learn more about Dr. Sarma’s experience and clinical progress at Immunome on episode 104 of the Business of Biotech.