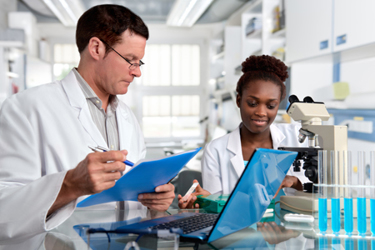 As with all scientific processes, the key to successful media optimization lies in understanding data, specifically how each media component influences the cells. Traditionally, these data have been collected using a technique known as ‘spent media’ analysis.

However, the level of detail that can be obtained using spent media analysis is fundamentally restricted. This is true for both understanding the components themselves, and how they are being used. This latter issue arises as the technique can only identify a limited number of molecules which are taken up or secreted by the cells, rather than the global molecular changes including signaling and metabolic pathways the components are involved in.