Mastery Of The mAb 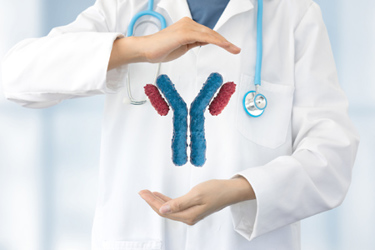 Akesobio Chairman and CEO Michelle Xia, Ph.D. brought a diverse set of experiences to the helm of the company she launched in 2012. She had worked in big pharma (Bayer) and small pharma (Celera Genomics, before it was acquired by Quest Diagnostics). She began her career at the bench, as a scientist, before moving to the C-suite. She developed drugs internally for sponsor companies before leading the contract research organization Crown Bioscience as its SVP. She’s played leadership roles in the development of molecules small and large.

But today, at Akeso, she’s laser-focused on the mastery of one. The company is fast becoming China’s leading mAb factory. Founded in 2012, its first foray into the clinic began in 2017. In the five years ensuing, its clinical-stage programs have ballooned to twenty-five.

The Business of Biotech podcast sat down with Dr. Xia to explore the fuel feeding the fire at Akesobio. This is a quick synopsis drawn from just one small portion of the conversation. In it, Dr. Xia shares some foundations of the company’s rapid growth, and why Akeso handles everything from target validation and drug discovery to GMP manufacturing in-house, despite her background at a leading contract outsourcing company.

Building An Antibody Hub In China

When Dr. Xia joined Drs. Baiyong Li, Max Wang, and Peng Zhang to launch Akesobio in 2012, China wasn’t a big player on the antibody manufacturing map. “There wasn’t a sophisticated, innovative biopharmaceutical industry in China,” she says. While that lack of infrastructure might present as a concern to some entrepreneurs, Dr. Xia saw it as an opportunity. “We had the right team of people with the right experience to build the foundation,” she says. That experience includes Dr Li’s tenure leading Pfizer-Crown’s drug discovery group, which contributed to four approvals in immuno-oncology (Dr. Li now serves as Chief Science Officer at Akesobio). Dr. Wang’s expertise in protein expression, purification and x-ray crystallography was earned at New Century Pharmaceuticals, Trimeris and Ardea Biosciences. Dr. Zhang’s mastery of antibody biochemistry and analytical science was proven at PDL Biopharma (now AbbVie) and Crown Bioscience.

In its early days, the small founding team focused on immuno-oncology research and development. In 2015, it out-licensed its first discovery, the anti PD-1 monoclonal antibody penpulimab, to Merck. That came on the heels of Akesobio’s development of its Akeso Comprehensive Exploration (ACE) Platform, which has subsequently grown into an end-to-end discovery and development, target validation, CMC, and GMP-compliant manufacturing program. With the capability to move beyond R&D, the company made its first foray into the clinic in 2017. Akesobio’s stepwise, incremental buildout of its ACE and Tetrabody CMC platforms emboldened the decision. “We had the talent and we gradually realized we had the technology, so we had no fear,” says Dr. Xia.

Frequent Business of Biotech guest and biopharma business guru Allan Shaw likes to say that biotech investors are more interested in jockeys than the horses they ride on. While Akesobio’s early support from Chinese investors was conservative, its $150 million Series D in 2019 was raised on progress that demonstrated results from the founding team’s ambitions.

Dr. Xia says transfer of the founding team’s skills to the employees brought on in a rapid onboarding process was the company’s next step. With no deep well of antibody discovery and development talent in the Chinese province of Guangdong at the time, training became its primary focus. Today, those skills are transferred to more than 1,200 employees.

An In-Sourcing Decision From An Outsourcing Veteran

Those 1,200 employees work in nearly 650,000 square feet of GMP manufacturing space in Zhongshan and Guangzhou that can collectively house nearly 44,000 liters of bioreactor capacity. Everything from target validation to clinical supply is handled in-house. “I worked in small pharma companies and large pharma companies before moving to a CDMO,” says Dr. Xia. “Contract services are very important to the ecosystem in this industry, especially for small companies and those that lack the ability to build functional expertise or shelter the required manufacturing capacity. But we had the skillset to build Akesobio from the platform up, and I believe that if you have the capability to build that platform and the capacity to house it, you gain efficiencies at every step by operating your own facilities,” she says.  “Especially in the discovery stage, when we run a scientific experiment, we have the ability to interpret the results in real-time and make quick decisions about what to screen and what to shelve.”

As manufacturing goes, Dr. Xia says Akesobio wouldn’t have been able to take so many candidates into the clinic simultaneously if it hadn’t developed and produced them internally. “Outsourcing makes sense for biopharma companies working on one or two products. They might not want to spend the capital and energy on a manufacturing buildout, so they turn to CDMOs,” she explains. With more than twenty candidates in the clinic and some nearing commercialization, it’s irrational to think the company would be able to find the outsourced capacity, much less maintain timelines. “We have the capability, and we have the capital, so it was a very straightforward decision to make,” says Dr. Xia.

While the immuno-oncology therapeutic field has expanded into myriad modalities, Dr. Xia says the focus on tried-and-true antibodies has been strategic. “Antibodies have the potential for less toxicity, there’s good advocacy, and we believe it’s a promising field,” she says. “The CMC and process aspects of antibody development require a very different skillset than that of small molecules and cell and gene therapies, and we have that skillset,” she says. “The differences are fewer at the clinical and commercialization stages. We’ve gained the clinical experience, and once we have our commercial team in place and ready to move into the future, we’ll look at small molecule and cell therapies, because if we’re going to be a great pharmaceutical company, we won’t want to miss those opportunities.”

Go much deeper on Akesobio’s pipeline and the manufacturing approach enabling its rapid growth on episode 72 of the Business of Biotech.