Manufacturing A mAb For Congenital Hyperinsulinism 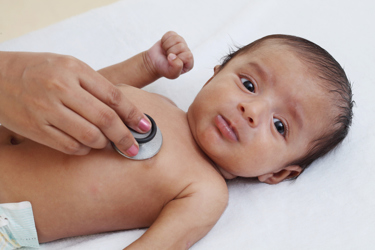 Back in October 2020, the clinical-stage biopharma company Rezolute, Inc. announced a $41 million private placement that it’s since leveraged to, among other things, advance its lead asset, RZ358, through Phase 2b clinical development. That candidate is a human mAb the company is developing to address congenital hyperinsulinism (HI), a rare and debilitating disease attributed to a host of genetic mutations. There is no cure, and there is no approved treatment.

The Business of Biotech podcast caught up with Rezolute CEO & Founder Nevan Charles Elam, J.D. to discuss progress at the company, which recently uplisted to Nasdaq.

Why Congenital Hyperinsulinism Needs To Be Addressed

Elam tells us congenital HI causes newborns to overproduce insulin, which in turns signals cells and tissues to uptake glucose, ultimately starving the body of energy. “Most importantly, children suffering from the disease are starved of energy for brain development,” explains Elam, “which is particularly problematic and results in neurological impairment in upwards of 50% of patients.” Managing the disease requires 24/7 monitoring of blood sugar levels.

Existing treatment options, he says, are only sometimes effective and bring a host of side effects in tow. “There are drugs available that were not approved for the therapy, but which influence stopping the production of insulin. Diazoxide, for example, is effective at stopping the production of insulin in about 40% of pediatric patients, but it comes with a whole host of nasty side effects, from extensive hair growth to a black warning for pulmonary hypertension, and it has to be co-administered with diuretics, so it’s far from ideal,” he says. Pancreatic surgery is an option, but where the disease is diffuse in the pancreas, patients are often left in a diabetic state in the wake of the multiple surgical procedures required. “It’s a tough landscape without many therapies in development,” says Elam.

On the whole, Congenital HI affects about one in 30,000 live births, though in some patient populations the incidence rate is much higher. Among Ashkenazic Jews, for instance, the disease affects on in 2,500 newborns.

In exploring the potential of a biologic solution to congenital HI, Elam took a page from the oncology playbook where monoclonal antibodies have seen the most success.

“Using an antibody is a much more targeted approach than simply attempting to thwart the production of excess insulin, or addressing the effects of excess insulin production,” says Elam. “The antibody we’re bringing forward was developed in concert with Children’s Hospital of Philadelphia. The goal is to affect the insulin receptor’s signaling and binding affinity, thus increasing glucose in the bloodstream,” he says.

RZ358 is a human mAb that allosterically attenuates excessive insulin action on target cells. Elam tells us the company is capitalizing on advances in mAb manufacturing to produce it. Monoclonal antibodies have been in development since the mid-1980s, but the manufacturing process has evolved significantly from their animal cell line origins.  “What we have is a fully human mAb, which is important because it significantly reduces adverse effects,” he says. “We’ve streamlined the process of purification of the cell line through development of a master cell bank, from which we’ve been able to scale from a hundred liter single-use bioreactor to 1,000- and even 2,000-liter bioreactors,” he says. “The manufacturing processes is very mature, resulting in high levels of predictability. Over the past 15 years, we’ve developed a lot of expertise around the table.”

Rezolute is working in partnership with CDMOs led by an internal CMC team at the company. “We don’t consider our CDMO partners in a ‘vendor’ context, because we’re really joined at the hip to ensure they’re committed to the success of the program. If they can't manufacture the antibody in a timely fashion, that clearly has a massive impact on our business.”

Rezolute isn’t immune to the capacity constraints being felt across the biopharma industry. “While the process itself has been refined and streamlined to the point that any number of CDMO organizations can produce the antibody, securing the space for a manufacturing run has been a challenge,” says Elam. “That results in lead times of 18 to 24 months to get a space in line and execute a manufacturing run that results in stable, qualified, and verified lots that are ready for human use. If you think you’ll need a new batch of material to move forward with a clinical study, or ultimately into commercial use, you need to be aware of the demand for antibody manufacturers. The upfront capital investment is large, and it might be two or more years later before you have a drug that’s ready for use.”

The challenge is exacerbated by pandemic-fueled shortages of glass vials and production consumables, what Elam terms the “basic tools in the manufacturing toolkit.” He’s hopeful that a combination of easing supply chain constraints and the spin up of new manufacturing space will relieve these pressures as the pandemic winds down.

Rezolute’s RZ358 clinical efforts have been bolstered by the company’s successful petition for Rare Pediatric Disease Designation, in combination with a Priority Review Voucher. “Rare Pediatric Disease Designation is an incentive for companies to develop therapies for rare pediatric conditions with high unmet medical needs,” explains Elam. “That designation comes with a Priority Review Voucher, which we can apply to our next therapeutic product if the rare pediatric disease-designated candidate is ultimately approved. The voucher effectively enables us to truncate the approximately 10-month approval review of that next therapeutic to about 6 months,” he says. Those vouchers can be sold on the open market, which is common practice among Big Pharma players. They’re often sold for a hundred million dollars or more, because for successful therapies, that expedition can equate to hundreds of millions of dollars in sales.

Elam says Rezolute has no plans to auction its Rare Pediatric Disease Priority Review Voucher to the highest bidder. It’s an ace in the hole that could speed the company’s pipeline development efforts, which you can hear much more about on episode 39 of The Business of Biotech.