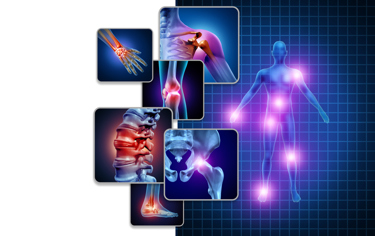 As many as 2 in every 1,000 people in the U.S. are afflicted with psoriatic arthritis (PsA), an inflammatory musculoskeletal disease that causes joint pain, stiffness and swelling and, when left untreated, can cause disabling long-term joint damage.

But with its Phase II clinical-stage monoclonal antibody (mAb) AbGn-168H (Neihulizumab), AltruBio thinks it’s on to something that holds the potential to improve on the risks associated with existing cytokine inhibiting biologic therapies that target TNF-alpha, IL-12/23, IL-6, and IL-17, as well as those associated with the aforementioned small molecule treatments. Those risks range from nausea to infection, increased incidences of cancer, liver damage, and blood clotting.

Dr. Judy Chou, who played a key role in Humira’s launch— and whose leadership chops include appointments at Abbott, Bayer, Genentech, Pfizer, and Wyeth—is heading up the AbGn-168H effort in her first foray into emerging biotech as President & CEO at AltruBio, a position she assumed in 2020. She recently shared her story, and what’s different about her company’s molecule in the treatment of T cell-mediated diseases such as PsA, on episode 63 of the Business of Biotech podcast.

“AbGn-168H is specifically targeted towards a late-stage activated T-cell, instead of killing all the T-cells, which would kill the whole purpose of the therapy,” says Dr. Chou. “We developed a unique function that’s much safer because the patient's immune system is not compromised. It’s also much more durable because we kill only the specific T-cell, inhibiting those problematic T-cells from coming back quickly. These two unique features make it much more helpful for the patient,” she says

What’s more, AltruBio says nearly 50% of PsA patients treated with existing cytokine inhibitors for at least 6 months failed to achieve the American College of Rheumatology 50% (ACR50) improvement criteria, and more than 50% of the patients with long-term treatment of TNF-alpha inhibitors lost response to the drugs. It’s banking on Neihulizumab to change that paradigm.

The molecule, discovered by AltruBio scientists with co-appointments at Taiwan University and developed at AltruBio’s R&D facility in Taipei, Taiwan, is currently being manufactured in an outsourced capacity for clinical supply. Dr. Chou says the company is keeping the door open to manufacture in-house as the candidate gets closer to commercial stage. It’s on stable financial footing to maintain that optionality, having landed $63 million in Series A funding in April 2020. “We own an internal discovery and development powerhouse. We’re focusing on building our talent there, like we have at the board and leadership levels. As we approach commercialization, we'll explore all our different manufacturing options,” she says.

In the meantime, Dr. Chou says finding the right CDMO partner has proven the company’s biggest manufacturing challenge. “We need a partner that’s as agile and nimble as we are, and that’s challenging to find,” she says. “On one hand, you want to work with an established organization, but those are typically very rigid, as they operate on a set system. Twelve-to-eighteen-month lead times, she says, exacerbate the challenge. “Who can know everything 12 months ahead of time?” she asks rhetorically. “That's almost impossible. We took the approach to work with two different CDMOs, a well-established, more rigid partner for certain projects and a more agile partner with a quicker turnaround for others,” she says.

Following Humira’s lead, AltruBio is also taking AbGn-168H to the clinic for indications beyond psoriatic arthritis. The candidate is in Phase 11b for ulcerative colitis, with Phase IIa proof of clinical efficacy achieved. A Phase Ib multi-dose study of steroid refractory acute graft versus host disease is ongoing, buoyed by Fast Track Status designation by the FDA. Those early studies revealed efficacy in 10 out of 13 patients, a significant improvement over existing standards of care. A Phase I front line trial in acute graft versus host disease is also ongoing, and preclinical studies are happening in renal transplantation.

Learn much more from Dr. Judy Chou, including lessons learned during her transition from big bio to emerging biotech and more detail on AbGn-168H for steroid refractory acute graft versus host disease, on episode 63 of the Business of Biotech podcast.

CORRECTION: An earlier version of this article stated that AbGn-168H was a Taiwan University discovery. The molecule was discovered by AltruBio scientists with co-appointments at Taiwan University. AltruBio is headquartered in San Francisco.