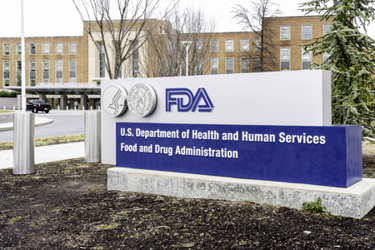 I sat down with Drs. Shanthi Ganeshan (VP Global Regulatory Affairs, Oncology at Gilead) and Dr. Ira Gupta (VP, Medicine Development Lead at GSK), both of whom have played pivotal roles in winning multiple breakthrough therapy designations from the FDA for biologic candidates. Our conversation focused exclusively on successful navigation of the path to BTD. Here are four key takeaways from the broader talk, which you can hear in its entirety on episode 59 of the Business of Biotech podcast.

Ensure Your Candidate Is A BTD Fit

The FDA breakthrough therapy designation is one of the pathways to expedite the development and review of drugs for serious or life-threatening conditions. Dr. Gupta says pursuing the designation requires close attention to established protocols, but there’s much more involved than checking boxes. “The FDA establishes criteria for breakthrough therapy designation, including preliminary clinical evidence that the drug shows substantial improvement on at least one clinically significant endpoint over the currently available therapy,” she says. This is the first test of a candidate’s potential for consideration, and it can be identified early in the development process, but the word “substantial” is our first hint at nuance and subjectivity.

“There are a couple of things we take into consideration when we consider an asset for this expedited review program,” says Dr. Gupta. “One, it needs to meet the criteria for treatment of a serious condition. And that requires clinical judgment,” she says. More objective considerations include whether this serious condition meets the criteria for unmet medical need. For that, there are clear guidelines. “Targeted cancer therapies with novel mechanism of action, for instance, might appear to have a similar efficacy to the available therapies across the disease population, but those therapies could potentially benefit patients who are no longer responding to the currently available treatments. So, we then have to figure out what is the currently available standard of care.” Dr. Ganeshan further defines what the Agency counts as an “available therapy” as one that’s been approved, deemed efficacious, and is safe to be used in the U.S. population. “A therapy that has an accelerated approval and is based on a surrogate endpoint is not necessarily considered available therapy per the FDA,” she says. “It has to have full approval. Alternatively, sometimes the FDA also considers the standard of care for a specific indication as an available therapy, if there is nothing approved.”

Those initial criteria in mind, some therapeutic areas are more likely to yield breakthrough designation success than others. “Defining the criteria for serious life-threatening conditions is going to be critical, so anti-infective treatments where patients develop resistance and there is no other treatment option, and of course, oncology, are among them,” says Dr. Gupta. “From a clinical perspective, what is important is that you're looking at a condition or a disease with morbidity or morbidity that has a substantial impact on the day-to-day function of the patient,” she says.

Know When Its Time To Apply For BTD

From a regulatory structure perspective, the application for breakthrough therapy can be submitted any time after an IND is submitted, so long as it addresses the aforementioned criteria, but Dr. Ganeshan points to an important exception. “There are more and more sponsors that are developing drugs outside of the US. When they come into the U.S., they may already have some patient data XUS that could technically qualify for this breakthrough therapy criteria, in which case there are exceptions where you could submit the breakthrough therapy application along with your IND,” she says. “There are codified guidelines on what the FDA expects from XUS clinical data. So long as the country or countries where the studies occurred have similar standard of care and similar therapies, it could qualify. Otherwise, if you have an IND in place, you could submit a breakthrough therapy application anytime thereafter.”

Dr. Gupta says taking the opportunity to engage with the Agency and get its feedback is a critical part of maximizing the benefit of the breakthrough therapy designation program. “When you feel that your drug asset is meeting the criteria for qualification, the sooner you engage with the Agency, the more opportunities you have to have a positive impact on your overall clinical development strategy,” she says. At GSK, she says the strategy is to begin engaging the Agency prior to its study of the drug design that's going to garner initial approval as a part of the breakthrough therapy designation.”

In an ideal scenario, adds Dr. Ganeshan, you would like to get breakthrough therapy designation prior to your end of phase two or prior to a pre pivotal or registration discussion with the Agency. “At that point, you’ve demonstrated that your drug meets the different criteria they set forth, and you can work with the Agency on the nuances of your clinical study design and how to design it in such a way that you can expedite the approval, if at all possible, to get the drug to the patients as quickly as possible.”

Breakthrough therapy designation is but one of many expeditious avenues biopharma companies can attempt to travel with the FDA. It’s particularly valuable, says Dr. Ganeshan, as a conduit to the Agency’s assistance. “There is a lot of information out there on breakthrough therapy designation, and I think the primary advantage of receiving the designation is the commitment the Agency demonstrates to the sponsor,” she says. “When the Agency concludes that this therapy has the potential to address an unmet medical need in a life-threatening disease, and it's got very promising early clinical data, you get senior managers at the FDA who are committed to and involved in the application. You get a rolling review or priority review as the program matures into a submission state. That all starts with the FDA's acknowledgement of the drug’s potential.”

Dr. Gupta agrees. “The breakthrough designation process allows intensive guidance on efficient drug development, starting as early as phase two. During these interactions, the Agency may suggest, or we as sponsors may propose, alternative clinical designs that could lead to more efficient early drug development, such as an adaptive design or working on surrogate end points, which could then generate the data,” she says. “The Agency is looking at early signs of substantial improvement. So instead of using progression-free survival or overall survival, which are commonly used as endpoints for registration, it would be willing to use overall response rate, for instance. Clearly there needs to be some follow up that would allow us to take smart risks and bring medicines efficiently in a shorter duration to the patient.”

That’s the clinical perspective. But there are other benefits to the breakthrough recognition. “You have an opportunity to engage with the Agency on the overall development of the program, including getting feedback on other aspects of drug development, such as manufacturing,” says Dr. Gupta. “If the asset has a companion diagnostic, it all comes together collaboratively because the FDA ensures that this cross-functional engagement, not only with the sponsors but also with their teams, takes place in a very efficient and timely manner.”

Dr. Ganeshan says there’s value untold in the opportunity for an ongoing dialogue with the FDA throughout the development of the drug. “It means they've acknowledged that this drug has a lot of potential, and you can request meetings and even short calls with them, and for the most part they are granted because they are also invested in this drug’s development.”

Know What You Signed Up For

For all the benefits awarded to those who achieve breakthrough designation, Dr. Gupta warns that it’s a resource-heavy process. “There is an element of risk associated with taking this path. Yes, it can facilitate efficient drug development, but it also increases the risk or a chance for rejection because the decisions are being made with small data sets and, at times, with limited follow-up. You need internal alignment and support to allow for this level of engagement with the Agency.”

Dr. Ganeshan adds that it’s a resource intense exercise for both the sponsor and the FDA. “The sponsor will find itself doing data cuts that it perhaps wasn’t planning to do and making sure there’s integrity in the data its submitting. That’s additional work that wasn’t necessarily planned for that specific stage.” It's difficult to plan for breakthrough therapy, she adds, because the sponsor doesn’t know if its candidate will satisfy the conditions until it begins to see preliminary data. “You have to allocate these resources early to submit the application, because this particular application involves review from senior level members of the FDA.” That review, she says, is an intense one that takes place within 60 days as the application works its way through the review center, where reviewers make recommendations to the application before it’s sent to a senior FDA manager at the policy council. The council then opines on its decision before returning its review findings to the applicant. Most applications are rejected, but that doesn’t necessarily mark the end of the sponsor’s quest for breakthrough designation.

“The FDA is kind enough to provide adequate justification on why they felt the application did not meet the standards for breakthrough therapy designation,” says Dr. Ganeshan. Perhaps the number of patients in studies was too small, or the study design wasn't appropriate. “The sponsor is given direction on the additional information it should provide. There is nothing that says you cannot reapply,” she says.

Dr. Ganeshan says in response to the volume of breakthrough therapy applications and rejections, the FDA included a two-page guideline on the application process within its guidance few years back. She she says it’s the Agency’s way of telling sponsors, “if you think your drug would qualify for breakthrough therapy, these are the therapeutic highlights and data we’re interested in.” That guidance offers an opportunity for a preliminary 15-minute discussion with the Agency. “That initial discussion is not formal advice,” she advises, “but it gives you a preliminary idea of the FDA’s thinking. It can alleviate a lot of the resource intensiveness, because it's a good temperature check to indicate whether the Agency is keen on your submission or whether it sees major shortcomings. I think the FDA wants to be as collaborative as possible with sponsors,” she says.

There’s much, much more to the story. Tune in to episode 59 of the Business of Biotech podcast for the entirety of this instructive discussion with Drs. Ganeshan and Gupta.