Inside The Altavant/Enzyvant Self-Made Merger 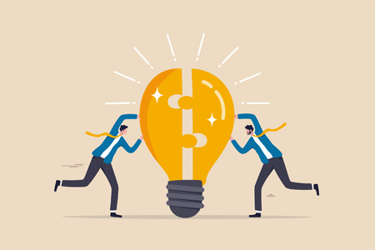 Much has transpired in the years since Vivek Ramaswamy founded Roivant and began spinning off subsidiary “vants” back in 2014. The company still operates more than 20 vants internally, several boasting promising late-stage candidates and commercial successes. Ramaswamy, who joined me in the early days of the Business of Biotech podcast to share his team-building strategies (episode 6), maintains his position as Chairman of the Board even as he focuses on building his new asset management company (Strive Asset Management) and making the rounds on national news media as a political commentator. Other vants have left the nest to flourish under new management. Back in 2019, Japanese pharmaceutical juggernaut Sumitomo Pharma snatched up five vants (Enzyvant, Altavant, Urovant, Myovant, and Spirovant) for a cool $3 billion, spawning yet another vant in aptly-named Sumitovant. Sumitovant now shepherds the advance of what recently became four vants with the merger of Enzyvant and Altavant, which is now known as Enzyvant. Following the advance of the vants has been nothing short of vantastically complicated.

Last week, I caught up with Bill Symonds, Pharm.D., CEO of Enzyvant and architect of the merger, to discuss the company’s strategy and the implications of the combination. Dr. Symonds’ history with vants runs deep. He helped found Roivant as SVP of Clinical Research, eventually serving as its Chief Development Officer until shortly before the Sumitomo acquisition. Then, he ran double-duty as CEO at both Altavant and Enzyvant. He’d previously held long-term directorial and VP roles at GSK and Gilead.

Prior to the merger, Enzyvant and Altavant didn’t have much in common beyond their suffix and their CEO. They both worked in the rare disease space, but for patient populations on opposite ends of the spectrum. Enzyvant’s allogeneic processed thymus tissue–agdc, RETHYMIC, was approved for the treatment of congenital athymia in pediatric patients in 2021. Altavant’s phase 2 Peripherally Acting TPH Inhibitor Rodatristat Ethyl is in development for pulmonary arterial hypertension (PAH), a disease that mainly affects older patients. Altavant is also working on a novel inhaled formulation of recombinant and anti-inflammatory IL-1 receptor antagonist (IL-1Ra) dubbed ALTA-2530, which is at the IND-enabling stage for bronchiolitis obliterans syndrome (BOS) and currently in research for chemical lung injury. The latter indication is enjoying development support from BARDA and NIAID.

“With the focus on commercial manufacturing of RETHYMIC, Enzyvant didn’t have a lot of capacity for R&D activity. On the contrary, Altavant was fully engaged in R&D, but would soon need pre-commercialization resources for its lead candidate,” says Symonds. Where there was no overlap, he saw opportunities for congruence. “The combined organization creates a biotech that can take any asset—biologic, small molecule, tissue-based, what have you—from early research all the way through development and commercialization.” Symonds’ mention of tissue-based assets, by the way, is intentional. Enzyvant is in the process of building out a 26,000 square-foot regenerative medicine manufacturing facility in Morrisville, NC near its Cary headquarters to build on the success of RETHYMIC. It expects a certificate of occupancy in 2023 and plans to be manufacturing the therapy in-house by late 2024 once the site is validated.

Where Altavant lacked commercial readiness talent, Enzyvant’s commercialization team offers support as Altavant’s lead asset makes its way through clinical trials. “Rodatristat Ethyl is currently conducting an international Phase 2B study, and assuming the results of that are good, we're going to be quickly rushing into Phase 3. That's a heavy time for commercial input, but we didn't have those people at Altavant and would have found ourselves hiring them in the coming year,” says Symonds. “The merger creates a ready-made team.”

On that front, Symonds hopes Altavant can make use of a unique approach to commercial patient engagement developed by Enzyvant. “Enzyvant Connect” is a portal for patients with congenital athymia and their caregivers, designed to provide support throughout the treatment journey by way of educational resources for patients, caregivers, and healthcare providers, including a personal support team that helps families navigate the insurance landscape and access assistance programs. “Given the ultra-rare nature of congenital athymia, many of the physicians treating congenital athymia patients have never seen the disease before, and they may never see it in a patient again. We offer this as an educational resource to physicians and a program to ease the burden for families,” says Symonds. That’s a model the company plans to develop further for the PAH population.

Next Steps For Enzyvant

With a large and long-term commitment to bringing RETHYMIC’s commercial production in-house, advancing Rodatristat Ethyl through late clinical studies, and taking ALTA-2530 into the clinic, Symonds and his growing team at Enzyvant have their hands full. But, if parent company Sumitomo’s focus on regenerative medicine is any indication, it wouldn’t be surprising to see Enzyvant maximize its investment in regenerative therapy manufacturing by way of its forthcoming development plans, and Symonds says the facility will offer the capacity to do that. But whether regenerative or not, Symonds says additional pipeline developments will likely be rare-disease centric.  “The combination of Altavant and Enzyvant gives us three candidates, but we’re always looking for more. Bringing the companies together give us the depth to accelerate business development across modalities and simply do more for the rare disease community than either company could do on its own. We’re small, but we’re mighty.”