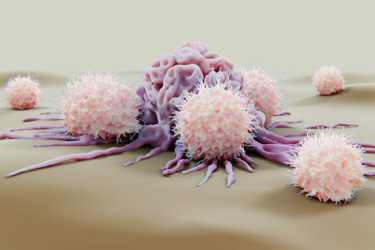 A couple of months ago, Shoreline Biosciences Chairman and CEO Kleanthis Xanthopoulos, Ph.D. told me that the key to securing venture capital is found in your people. Fresh on the heels of securing a $140 million round of financing, he told me, “More than anything else, it’s about the quality of the people you bring together. Secondary to that, is the strategy you define to put your technology to work. But to define that strategy, you must have the brain trust.”

Last week, Dr. Xanthopoulos once again put his money where his mouth is, pulling Robert Hollingsworth, Ph.D. away from his post heading Pfizer's cancer vaccines unit to serve as chief scientific officer at Shoreline. At Pfizer, Dr. Hollingsworth led five oncology programs into clinical development. Prior to that, as director of oncology research at MedImmune, he played a key role in the approval of durvalumab (IMFINZI). He gained his early experience with the likes of GSK, Pharmacia, and Upjohn.

Strategic success, says Dr. Xanthopoulos, is demonstrated by achieving inflection points and milestones, which are driven by people. “Investors noticed Shoreline early first because of the people involved in it and their reputations, and second because of the technologies we had licensed and were looking to prosecute.” That combination earned the company collaboration deals with Kite and Beigene to develop its vision of off-the-shelf, allogeneic immunotherapies. In addition to upfront capital and access to expertise, those two partnerships alone dangle more than $4 billion in milestone payment potential.

All this promise behind a company that’s little more than a year old.

While the people and the money have created a snowball effect, it was Dr. Xanthopoulos’ acknowledgement that the capital markets are shifting that lent an air of urgency to the company’s recent fundraising efforts. “As you strategize on what you need to accomplish over the next three to five years, you have to find opportunities to capitalize the company at the right times,” he says, adding that “it’s always best to raise money when you have money. Even as the markets were turning a bit uglier in biotech, we were able to continue very productive conversations with investors. We intended to raise $75 million, and we ended up oversubscribed,” he says.

As capital markets become more discerning, that’s a good position to be in. VCs are becoming more wary of companies with short cash runways. With what Dr. Xanthopoulos calls “several years of runway” on-hand,  Shoreline’s immediate plan is to take its platform into the clinic at the end of this year. Its plan is to submit one to two INDs per year, working toward its goal of at least seven clinical-stage programs by 2025.

“If we were developing something outside of cell therapy you would think I’m crazy, because you can't predict seven good clinical candidates if you were working with small molecules, for instance,” says Dr. Xanthopoulos. “With cell therapy, you can serially build the kind of cells that you want to use, particularly if you focus on what we think is a game changer in the space; allogeneic pluripotent stem cell-based therapies.” Using pluripotent stem cells from a single donor, he explains, Shoreline can make serial manipulations to those donor cells. “We don't need to start from the beginning every time. Certain modifications have been done. They're now in our freezers. And that becomes the basis of building the third, the fourth and the fifth wave of products. That's why we think we have a very good chance of executing on our strategy. And from a financial perspective, we’ve de-risked the platform by receiving nearly $300 million from our partners,” he says.

Beginning With The End Goal In Mind

Dr. Xanthopoulos says his ultimate goal is to build a “legacy company,” which he defines as one that creates drugs that are transformative, indicating that Shoreline is prepared to take its candidate(s) to the finish line. “It will take some time, but that’s our goal,” he says.

Taking any cell therapy—much less an allogeneic one—to the finish line is a goal that’s eluded many. The big challenges demonstrated by CAR T-cell efforts include graft-versus-host-disease and immune-mediated rejection by the host. Dr. Xanthopoulos believes his company’s pluripotent allogeneic NK-cell approach can overcome those risks, thus enabling accessibility. “The approved cell therapies we’ve seen to date have underperformed from a market perspective for one reason and one reason only—accessibility,” he says. “Autologous cannot be the long-term game here. We can't rely on the fact that we're going to find the patient with three to four weeks to live, withdraw from that patient a sufficient number of cells to start the expansion and manipulation processes, and then be faced with all the potential side effects that we're seeing with CAR T-cell therapies.” Those problems have largely restricted the treatment to academic hospitals next to ICUs due to the potential for cytokine release syndrome (CRS) or severe neurological side effects.

“Our treatment is truly off-the-shelf,” explains Dr. Xanthopoulos. “We have these drugs in vials in our freezers. We like them to be administered in community hospital settings, so the accessibility increases logarithmically because they're standardized. We now have enough clinical experience with a nearly 500 collective patients treated with NK cells to demonstrate that they’re significantly safer. We don't see CRS of any meaningful significance. We don't see any neurological disorders. We don't see any graft versus host disease.” What Shoreline does see is plenty of cash on hand and a deep well of cell therapy business and scientific talent—the building blocks of the success it seeks. “If we are successful, our therapy can be administered in an outpatient setting, creating access to most, if not all the patients in need. That will be the game changer,” concludes Dr. Xanthopoulos.

For the full discussion with Shoreline Biosciences’ Dr. Kleanthis Xanthopoulos, listen to episode 83 of the Business of Biotech podcast.