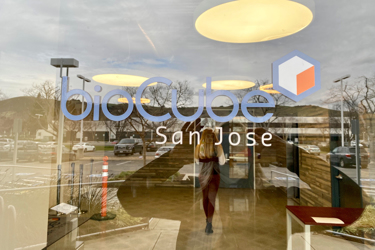 San Jose BioCube takes a unique approach to the incubator/accelerator model, capitalizing on big demand for the space emerging-to-midsize biotechs need to grow their businesses in the Bay area. As a result, the accelerator is growing, too.

If you’re a partner tenant at the Silicon Valley biotech incubator San Jose BioCube and you find yourself with a facilities problem, just call Oscar.

The BioCube runs a lean organization. Oscar Battaglia is the facilities and operations director there. He’s hands-on. 24/7. The running joke among clients of the incubator is that “everyone wants an Oscar.” And CEO Tony Gonzalez tells me if for some reason Oscar’s not around, his own phone is on 24 hours a day and he himself is pretty handy with a hammer. He also knows what a biotech facility needs to be successful, on both the business and capital fronts. He’d previously served as head of facilities at Ariosa Diagnostics (a Roche company) and was Facilities Director at Shockwave Medical.

Battaglia, Gonzalez, and real estate guru David Klein are the organization. That’s it. The management team is small, flat, and nimble. And its business model, described in a word, is simple

Gonzalez tells me the idea for BioCube grew out of the San Jose BioCenter, a biotech incubator that took root in partnership with San Jose State University back in 2004 during the city’s redevelopment era. Never intended to be a permanent fixture, the program was set to close in 2012. But Gonzalez, who had served as facilities manager at the BioCenter years prior, wasn’t ready to see its demise. The same year the organization was scheduled to be shuttered, Gonzalez secured financing, took control, rebranded it as BioCube, brought in a new leadership team, and recreated its business model. Early-days financial support was provided by Valley real estate development titan Carl Berg.

Not Your Standard Biotech Accelerator

One major characteristic that makes this incubator different from the norm is its contract terms. There is no forward-looking profit-sharing arrangement for the San Jose BioCube. The incubator claims no stake in its partners’ futures, beyond providing the facilities foundation they need to build and grow. The incubator simply builds space to suit, provides support and access to resources, and collects the rent. That rent payment is all-inclusive, covering utilities, services, access to all common facilities, and equipment. “There’s nothing hidden. What you see is what you get—a fixed cost—which doesn’t dilute the company in any way and makes it easy for our clients to forecast their annual burn rates. They like that, and their investors like that,” says Gonzalez.

Another differentiator is the lack of a pre-negotiated eviction date. Many incubators make predetermined arrangements with the residents they house, dictating the terms upon which the client will be pushed from the nest; a fundraising milestone, a number of months or years, or an abject failure, for instance. Not at San Jose BioCube. “I don’t see how that model is possible,” says Gonzalez, “because science doesn’t have a time limit. It doesn’t stop. If a partner is working on something critical, they shouldn’t have to pack up and leave when the alarm goes off and their time is up. That’s not conducive to research.”

As long as the rent money is there, partners are welcome to stay month-to-month with a 90-day termination clause. The BioCube targets early-to-mid-stage companies that typically require 5,000 to 15,000 square-feet, calling that its “sweet spot” and further differentiating it from the accelerator norm of around 30,000 square feet. When clients do need more space, they aren’t encouraged to go find it on their own unless they want to. Rather, Gonzalez and company find or make the space and build it to suit. Such was the case last month, when the incubator doubled its South San Jose facility size and reimagined the ground floor.  At 67,000-square-feet, the BioCube headquarters can now suit up to 50 emerging life-science startups. “This is a major milestone for us because we wanted to provide the next frontier of lab design so our scientists could feel inspired and looked after,” Gonzalez said at the time. As partners fill these new spaces—by mid-March, the facility was already at 78% capacity—old spaces are retrofitted with modern equipment to meet the needs of new tenants.

The BioCube’s new facilities are designed in a modular manner. As companies grow their physical footprint, they gain access to adjacent space to grow in place. The South San Jose expansion is in addition to the development of a newly-announced North San Jose branch of the BioCube, which will come online in 2022.

Designed For Chemistry And Science

The incubator designs spaces with an emphasis on early-stage pharma and biopharma companies, as well as clean tech, biotech, and battery research. That includes wet labs outfitted with modern modular and single-use technology, office space, conference rooms, common shared areas for inter-client collaboration, as well as a host of creature comforts to help its partners attract and retain talented employees. Shared workspaces, says Gonzalez, are in high demand. Where two or more companies share research synergies but don’t have IP conflict, they benefit from the reduced cost and increased synergy of what San Jose BioCube dubs its “Concept Lab” program. “We’ll take a large lab, build four islands in it, and put four individual clients within that space,” he says. “That shared environment becomes a community, and that’s in high demand.” Of course, smaller private labs are also available at the BioCube for very early-stage researchers and clients with aversions to shared spaces.

As for creature comforts, the new facility overlooks the Coyote Creek Preserve recreational area and all its access to nature recreation, a gas fire pit in the courtyard, and the game rooms, break rooms, and coffee bars made famous by Silicon Valley upstarts. “When we hear that it’s more reminiscent of a hip hotel than a lab, we know we’ve succeeded in creating an experience that promotes our long-term vision,” says Gonzalez.

The cost of outfitting a facility like San Jose BioCube is about $350 per square foot, says Gonzalez. “Young companies that are operating on grants, bootstrapping, or securing Series A and Series B funding can’t necessarily afford to build it themselves, much less qualify for a long-term lease liability,” says Gonzalez.

Gonzalez says many of his clients come to the San Jose BioCube after failed experiences elsewhere. “The biggest challenge facing entrepreneurs seeking biotech space is not knowing what they need,” he explains. “They go to an agent, they tour these buildings, they look at the bottom line and they fall for cheap office space that they think they can renovate to meet their user requirements,” he says. “We work to ensure they determine the type of space and equipment they need upfront, to help them avoid the near-misses.”

To learn more, head over to www.sanjosebiocube.com and get in touch via the organization’s “connect” page. Gonzalez tells me Oscar will get back to you quickly.