Inside Homology Medicines' Decision To Build 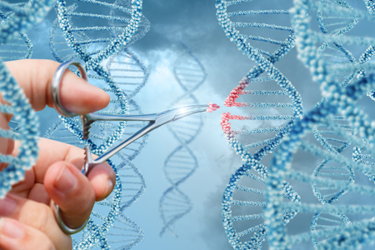 Homology Medicines’ gene therapy + monoclonal antibody plot platform, GTX-mAb, is a new concept that’s showing promise in early studies. Its AAVHSC vectors are demonstrating the capacity to incite the liver to produce and deliver fully functional monoclonal antibodies at sustained expression for up to 20 weeks, which could positively disrupt both the way we think about mAb therapies and vastly expand the therapeutic targets for gene therapies. What’s more, Homology is betting big on the massive market forecasts for the field, and they're putting their chips down on their own soil. Homology is building its company from the ground up, investing in its own manufacturing facilities, and feverishly acquiring the talent to staff those facilities.

Homology President & CEO Arthur Tzianabos, Ph.D. shared the company’s story on episode 71 of the Business of Biotech podcast.  Here are some of the key takeaways from the portion of our conversation about Homology’s decision to build its own manufacturing facility. For much more on the company’s therapeutic development and the 215+ associates working its candidates through clinical trials, tune in and subscribe to the podcast.

Business of Biotech: At what point did you put a stake in the ground and say, ‘you know what, we're going to invest in our own manufacturing capacity’?

Dr. Tzianabos: We were about two years into running the company. It was the late 2017/early 2018 timeframe, and we felt like we were on the right track with our lead programs, which are gene therapies for PKU. We had demonstrated in vivo proof of concept around our gene editing approach. We weren’t counting ourselves as just another gene therapy property. We had dual gene editing and gene therapy platforms, and I had plenty of experience going through multiple manufacturing shortage issues. I saw it in 2008, when Genzyme really struggled with their Austin plant. Shire got dragged into that because we had drugs for the Gaucher and Fabry patient populations. So, I was thrust into the middle of that from the Shire point of view, trying to manage how to get drugs to patients that didn’t have access. While the FDA collaborated closely with us to help, the experience made a significant impact on me. I saw what can go wrong when you hit that manufacturing stumbling block.

When you translate that to AAV manufacturing, which is very nascent, it just made all the sense in the world to me to make that investment in infrastructure and people, because having control over the quality of your product is hugely important. And I'm seeing this now play out in a number of situations where companies are relying on third party manufacturers that are way behind in their timelines. The FDA is really tightening up the specifications for gene therapy, because there have been a few safety issues in this field over the last couple of years. The bar is getting raised. So, having control over your destiny is so important because the worst thing that can happen to you is to fall behind on your timeline through no fault of your own and have to communicate that externally, particularly if you're a public company. I didn't ever want to be in that situation, and we couldn't be more pleased that we made that decision.

Business of Biotech: Avoiding that uncomfortable timeline conversation by building your own facilities requires a whole separate set of conversations about facilities construction and staffing funding. How did you go about rallying the troops and the money?

Dr. Tzianabos: It was a significant effort, and I was very fortunate to have backers like 5AM Ventures, which led our Series A. I think you can talk all you want, and you can sell all you want, but you have to put your money where your mouth is. We had to have very strong preclinical data on our gene therapy and gene editing platforms. Proving that to our investors was particularly important. And then we went out and raised a sizable series B on the back of that preclinical data.

We've demonstrated our track record there, and that helped with those conversations. And then it's all about communicating to investors that this is really going to lead to a much quicker timeline, a much cleaner ability to hit those timelines, and ultimately, create a lot of value in the company. You know, we knew three or four years ago that the bar is going to get raised on new manufacturing and CMC specifications and analytics. Based on our experience in biologics over and over and over again, we could predict that. And we knew that AAV was going to go through the same thing. So, I think getting ahead of that made a significant impact on the additional investments that came into the company at that time, and that's paid off. It's a little bit of a ‘put up or shut up’ scenario, and we were able to walk that line and get to the other side.

Business of Biotech: One of the advantages at Homology is that you don't necessarily need half a million square feet. You don’t need chains of 2,000-liter bioreactors. So, what’s in your 25,000 square foot GMP facility?

Dr. Tzianabos: You’re absolutely right. In gene therapy, you need a fraction of the space you would need to make a mAb or an enzyme replacement therapy. And the team that we have here is led by Tim Kelly, who was the head of tech ops at Shire. He was part of the team that built out that gigantic plant there that you see from Routes 2 and 128 [in Lexington, MA]. In our 25,000 square feet, we have a three-by-500-liter bioreactor system and multiple suites, and we've gone all the way up to a 2,000-liter bioreactor, the highest in the industry, which we also have in a suite in our manufacturing facility. For process development, we have 2-to-50-liter bioreactors for the early work that goes into vector optimization and manufacturability. We have all that here in house, which really does help us keep our timelines and make sure that we’re on it in terms of manufacturing.

The more than 215 associates working in Homology’s Bedford, MA facilities are key to the company’s early successes. To learn more about them and how Dr. Tzianabos built his all-star team in just 6 short years, and for a deeper dive into the science that’s driving the company’s disruptive approach, tune in to episode 71 of the Business of Biotech podcast.