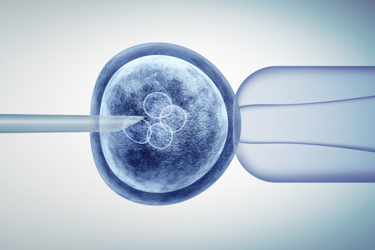 AVROBIO CEO Geoff Mackay offers no grand illusions about the state of at-scale gene therapy manufacturing, and he makes no excuses for the challenges his company has faced on its quest to mass-produce what he currently calls petri-dish science.

Episode 24 of The Business of Biotech podcast features an in-depth conversation with MacKay about what drives that quest and how the company is executing on its promise. Here, MacKay shares his perspective on the gene therapy scalability challenge at hand, why the time is right to overcome that challenge, and the equation AVROBIO is leveraging to do it.

MacKay: It’s common for new technologies to face scalability challenges. If you go back to monoclonal antibodies, at first the industry couldn't make them, and eventually those challenges were conquered with large scale bioreactors. At this point in time the cell and gene therapy industry is in a place where there’s some really cool science that we’re able to produce for clinical grade material that could contribute to a revolution in healthcare, the potential for one-and-done curative therapies. But one of the elephants in the room is how to take Petri dish science, mass produce it, and turn it into pharmaceutical grade medicine.

BioProcess Online: What steps are you taking to address the challenge?

MacKay: Our particular focus is lentiviral gene therapy, where you transduce the patient's own STEM cells to deliver the healthy gene, and the manufacturing challenges there are formidable. With the clinical validation there, we’re focused on how we’ll get this type of technology anywhere around the world at a scale that's cost-effective and convenient. When I was at Organogenesis, we faced a similar challenge in the first generation of regenerative medicine products, which were non gene modified cell therapies. We want to approach gene therapies the way we did those regenerative medicine products, which is to take each component of the process, break it down, and figure out how to optimize and scale it.

Some of that scalability will require automation. We’ll have to figure out how to “roboticize” currently manual processes to increase scale and remove human intervention, as humans are dirty animals, and the less we touch the process, the higher quality the product. We also need to do this in a way that’s reproducible, such that the same drug product comes out every time. Whether you're talking about monoclonal antibodies, small molecules, or widgets, the same thought process happens. Once you have a validated process, you address how to mass produce it at scale in a way that’s cost-effective with a consistent set of quality parameters.

BioProcess Online: Is AVROBIO going all-in on this challenge because the tech is there and it’s time, or because you believe you can build the tech and make it time?

MacKay: We're going all-in because it's time. If you go back to 2015, I really wanted to form a cell and gene therapy company because clinical validation was popping after perhaps two decades of false starts. Finally, it really seemed as though gene therapy was becoming ready for prime time. You could look at places like U Penn and its work on curing cancer with ex-vivo gene therapy in the CAR T world, and companies like Bluebird Bio down the street, which was showing curative effects with lentiviral gene therapy, and companies like Spark Therapeutics coming out with really impressive data with AAV gene therapy. After decades of academic work, false starts, venture capital jumping in and pulling out, and the field going into the dark ages, finally there was this consistent pattern of “this is working,” and some of the early kinks related to safety had largely been worked out.

All that being said, it was absolutely a know-how intensive field. This is a tough slog to be able to take this Petri dish science and turn it into medicine. And that's when I decided that myself and two other founders had those skillsets. I had been running the largest cell therapy company in the world for a decade plus, and we had developed the only model that had actually scaled. We were the only company that mass produced living cell therapy. On the business side, I came with that heritage. Co-founder Dr. Chris Mason was chair of regenerative medicine at UCL, probably the number one powerhouse gene therapy school in the world, and he brought a lot of the translational science background. Our third founder, Dr. Kim Warren [now retired] was head of process development at Lonza. At that time, all roads lead to Lonza, which was pretty much the only manufacturer that scaled up cell and gene therapy. Kim and her team of 50 had scaled up almost every type of cell or gene therapy there was. We felt that now that the validation was here, we could build a company around it. And so with that nucleus of skill, we spent the first year turning over every rock in academia, going around the world, looking for unique, differentiated assets that were not science projects. We wanted pre-validated, essentially preclinical data that showed that these gene therapies were ready to be translated into the clinic, where we could take the Baton from academia and get this great science into the clinic where we could see it work in real human trials.

BioProcess Online: AVROBIO decided to pursue an off-the-shelf manufacturing strategy that, it turns out, required some customization work. Tell us about that.

MacKay: I think the premise is that if this were easy, others would do it. And there's something inherently attractive about automating manufacturing, just like in every other sector, and in every industry eventually you get there. I think at the point in time that we're at with gene therapy, no particular model fits perfectly. So we learn from small molecule approaches, we learn from biologic approaches, and we learn from bone marrow transplant approaches. There’s particularly effective automated manufacturing technology there, where we’ve really gotten to a place where there are fully-automated pods that can mass produce for bone marrow transplant. As a starting point, we took that technology, those robots, and then we spent years optimizing them and essentially refining the algorithms of these automated pods, such that they can produce a cryopreserved gene therapy as a final drug product with a consistency that is really impressive. And so where we are now is having those automated pods situated in manufacturing facilities in California, Houston, Melbourne Australia, and in a few short months in Europe. If the operator presses the go button, the same drug product comes out, whether that go button is pressed in Houston or in Melbourne. So it's really trying to learn from best practice of other domains, but clearly there's a need to customize it to the unique requirements of a modified cell-based gene therapy.

Hear a much more detailed story about how MacKay and AVROBIO established their pioneering presence in gene therapy on The Business of Biotech episode 24.