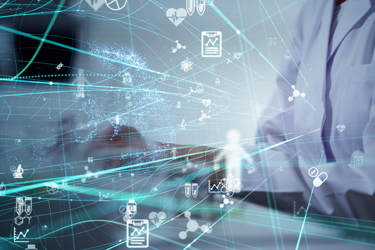 Fountain Therapeutics is a small biopharmaceutical up-and-comer with big potential. With an $11 million Series A under its hat, the 2-year-old company is leveraging a pioneering, AI-driven discovery platform to screen candidates for the buildout of a pipeline of therapeutics to treat age-related diseases by reversing cellular age.

Unique about Fountain’s approach is its “target-free” and “hypothesis-free” method of drug discovery, enabled by an AI-driven platform built to discover drugs that make cells function in a more youthful stage altogether, without focusing on specific and known pharmaceutical targets.

John Dimos, Ph.D. has been CEO there since the company’s inception. One of his ongoing orders of business throughout 2019 was planning the company’s physical move into a space that would accommodate its growth potential. By January of this year, he had identified a half-dozen-or-so potential spaces to move into. “They all had a lot of pros,” he tells me. “But they all had a lot of cons, as well.” All of them were independent spaces, and Dr. Dimos tells me every one of them would have required a capital-intensive tenant buildout. “That’s not always the right thing for a very early-stage company to do,” he says. So goes the plight of virtually every small-and-growing biotech.

In January of this year, Dr. Dimos and company caught a big break when Eli Lilly and Company called to inform him that Fountain had been chosen to join a select group of Bay Area emerging biotechs—predominantly focused on drug discovery and development—at Lilly Gateway Labs. The facility boasts 65,000 square feet of office and lab space. More importantly, it offers access to Lilly business and science leaders, a potential conduit to funding from Lilly and its network of venture funds, and close proximity to peer Gateway Boulevard biotech and pharma companies, including Genentech.

Julie Gilmore, Ph.D. is Lilly Gateway Labs’ site head and COO. She says Fountain’s AI technology is exemplary of the type of companies the organization wants to attract to support its goal of speeding the discovery of innovative medicines. Key to that end, says Dr. Dimos, is the modular incubator lab space Lilly Gateway Labs offered his company—lab space he wouldn’t have to spend Fountain’s money to build. “We have our own private office suite and lab space, as well as some shared facilities that will provide access to Lilly executives and resident companies that are a similar size and stage as Fountain,” he says. “It’s a collaborative environment for solving startup issues that we might have faced alone had we moved into our own independent space.”

Dr. Dimos admits that the timing of the move – Fountain was loading up vans in early March – looked far from ideal as the pandemic quickly approached its first crescendo. In hindsight, he says, the timing of the move actually minimized disruption to Fountain’s operations. “We were forced to pause the move due to shelter-in-place orders,” he explains, “From March until June, we had access to both facilities. Half of our equipment was in one space and half of our equipment was in the other. Being in two different locations made it very easy for our scientists to maintain physical distance,” he says.

Now that the company is fully-functioning at Lilly Gateway Labs, physical distancing among staffers remains attainable. “We have a lot more space than we’ve ever had before, both for our equipment and our people,” says Dr. Dimos. “On the equipment side, we’ve been able to scale up our experiments and accelerate our work. On the people side, the space is enabling us to build and position our team of experts in aging biology and computer scientists in an integrated, collaborative arrangement, which is key to our progress and success.” He also lauds the organizational support offered by Lilly, which includes a biweekly lunch-and-learn meeting among VP-and-higher level execs at Gateway Labs resident companies. “It’s fantastic to be in an ecosystem where you can talk, troubleshoot, and share stories with neighbor companies in a similar stage of development. With each interaction, we all walk away having learned something new.”

The efficiencies enabled by Fountain Therapeutics’ expansion into Lilly Gateway Labs are bearing out in the pace of the business’ progress. Much of what Fountain does is database-intensive; while the company’s license with AWS for cloud-based processing power is substantial, it also operates several on-premises servers that hum away screening drugs 24/7. In fact, Dr. Dimos says the company’s pilot drug screen in the new facility has already produced hits that are currently being worked up in animal models. “We’re gearing up for the readout of animal studies at the end of this year, and we’re really looking forward to being able to prioritize some of those hits and selecting clinical candidates to move forward in 2021,” he says.

Last month, Fountain officially increased its screening throughput tenfold from its January 2020 output. That translates to an ability to screen 50,000 compounds per month, which has huge potential implications on the efficiencies of early-stage drug development. Dimos attributes the achievement to the increased capacity enabled by the company’s move.

Dr. Dimos and I talked at length about Fountain’s AI-centric approach to drug discovery, its potential to speed development, and the hurdles that remain to realizing its full potential. I’ll be covering that portion of the conversation in the highly-anticipated annual Outlook Issue of Life Science Leader magazine. Keep an eye out for that issue, and in the meantime, add Fountain Therapeutics to your companies to watch list.