How Computational Biology Birthed A Biopharma 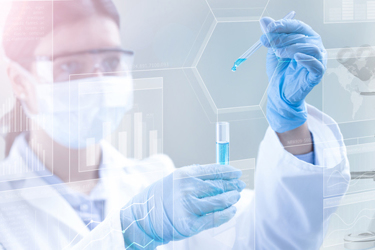 Computational biology services provider Compugen leveraged its proprietary technology to reposition itself as a therapeutic discovery and development company with a pipeline of eight solid tumor oncology candidates – six of them in the clinic.

When Anat Cohen-Dayag, Ph.D. signed on as VP of diagnostic biomarkers and drug testing at Compugen back in 2002, her career was following a distinct trendline. She’d earned her stripes as a scientist at Orgenics before assuming R&D leadership at Mindsense Biosystems. While the VP role represented a higher rung on the ladder, Dr. Cohen-Dayag couldn’t have predicted that, just eight years later, she would be named CEO of the company and become responsible for overseeing Compugen’s incredible 180-degree pivot from a provider of computational biology services to the biopharma industry to a fully-formed biopharmaceutical company itself.

Today, Compugen is busy conducting clinical trials of six of its candidates. We caught up with Dr. Cohen-Dayag on a recent episode of The Business of Biotech podcast to learn how she engineered such a monumental change in assets and personnel in such short order.

Dr. Cohen-Dayag says the company’s first step toward becoming a bona-fide biopharma was starting the learning process right where the company stood. “We began by cultivating a corporate culture of learning; making sure that our people were in self-learning mode and trying to open and push their limits as much as possible.”

While that almost sounds trite, it’s a common refrain in a biopharma space where important discoveries correlate directly with the discoverers’ appetite for learning. Compugen didn’t have a wet lab, and its corporate structure didn’t look anything like a biopharma’s would. If the company and its employees were going to make forward progress, learning the business of biopharma was their only option.

To help with said learning, Compugen engaged with—and asked questions of— leaders in oncology, immunology, immunooncology, biotech business, and biotech finance Dr. Cohen-Dayag says the intent of these consulting engagements was less about mimicking them and more about learning how to ask question, how to get answers, and how to make decisions on its own. “No matter the reason for a consultant, the people you’re consulting with are not ultimately the ones who will be making decisions for you,” she says. Learning processes, not receiving answers, equips the team to do that.

Next, Dr. Cohen-Dayag filled voids by hiring. Drug development expertise was its primary need, because while the company’s sophisticated computational analytics package can help discover the therapeutic potential of a molecule, machines can’t develop that molecule into medicine. At least, not yet. “We’re quickly discovering completely new drug targets, which is usually a product of 10 or 15 years of biologic research by academia before the drug development work begins,” says Dr. Cohen-Dayag. “There’s no biology behind it. We knew that we needed to unlock the biology, and we needed to build an infrastructure to do that.” Building that infrastructure included a long-term partnership with Johns Hopkins, which is working on all the drug targets in Compugen’s pipeline. Then, recognizing that it needed to expand its footprint beyond Israel to attract the drug development and clinical expertise it needed, the company actively recruited employees in the Bay area who had experience working with antibodies. “Today, we’re global. Our clinical team is on the West coast in the U.S., computational discovery is in Singapore, business development is in Switzerland, and R&D and G&A in Israel.”

Dr. Cohen-Dayag is quick to point out that the process of building the company’s IP, infrastructure, and talent base was not as linear as you might expect. “The first step of the transition was ensuring that we had the critical mass of capabilities, and to do that, we engaged with key opinion leaders that transferred knowledge to the team we already had in place so that we could demonstrate that we had a pipeline. We knew that before we could hire the real talent we needed, we had to be attractive, and how would you be attractive if you didn’t yet have a pipeline?”

Get a detailed description of how Dr. Cohen-Dayag’s team built the lab and clinical presence to support the development of its eight oncology and autoimmune candidates, and how the company continues to leverage its computational biology roots to differentiate itself, on episode 36 of The Business of Biotech.