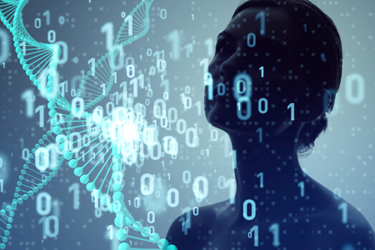 In 2021, EXUMA Biotech plans to take its Rapid Point of Care (rPOC) platform to the clinic in hopes of proving out the viability of 6-hour vein-to-vein CAR T therapy administration in cancer patients.

Gregory Frost, Ph.D., is perhaps best known for his 15-year tenure at Halozyme Therapeutics, the biopharma he co-founded in 1999 and proceeded to build on the back of the proprietary recombinant human hyaluronidase PH20 enzyme (rHuPH20) platform he developed. The platform, dubbed ENHANZE, enables some biologics and compounds that are traditionally administered intravenously to be delivered subcutaneously. The concept is rooted in patient-centricity; it’s designed to reduce the need for multiple injections and hasten the speed of drug administration, resulting in practitioner efficiency and improved patient experiences.

The effort at Halozyme in collaboration with other companies yielded multiple approvals, including Herceptin Hylecta, a ready-to-use formulation that can be administered in two to five minutes, compared to up to 90 minutes for intravenous trastuzumab, and Rituxan Hycela, which similarly reduces administration time of intravenously-administered monoclonal antibody rituximab.

It was at Halozyme where Dr. Frost acquired his penchant for applying speed to large molecule therapy. Now, as Chairman and CEO at EXUMA Biotech, he’s applying that penchant to the administration of cell and gene therapies. That’s a considerably more complicated—and daunting—mission. Reducing the administration time of monoclonal antibodies, for instance, from 8 hours (intravenous) to under five minutes (subcutaneous) is a challenge. Reducing the time it takes to process and administer CAR-T cells from 20-40 days to less time than a typical workday? That’s a very ambitious challenge.

In pre-clinical studies, EXUMA has demonstrated the possibility. Using a modified lentiviral vector—whereby T cell genes are modified using a lentivirus—the company has demonstrated that autologous vein-to-vein CAR-T could be possible in just 6 hours’ time.

EXUMA’s proposition leverages the existing oncology infusion infrastructure, which Dr. Frost submits could benefit the quest for both speed and accessibility. “Reducing vein-to-vein time at this scale means the product may never leave the patient’s side, and that's something that could be very, very helpful for the industry, for patients, for providers and for payers,” he says. “If we can deliver something that fits within the day-of oncology infusion clinic infrastructure, and if we can get that done without the lymphodepleting chemotherapy regimens required, then we have a start to something which could greatly simplify the process.”

As Managing Director at the investment firm F1 BioVentures, Dr. Frost immersed himself in understanding the academic technologies behind cell and gene therapies, and how those technologies were being translated to the industrial setting. “I started thinking about how to change that paradigm in the CAR-T space to really tackle some critical needs for patients and providers,” he says. “With EXUMA, we started with a clean slate and built the company and technology with the end in mind. Rather than start with purely academic processes that might take a few years to convert to commercially viable processes, we set our R&D team up to focus on commercial viability, and then we let the research tell us which paths would take us into definitive trials most quickly.”

Experimentation with big data analytics has factored squarely into that strategy. Dr. Frost says the attributes of a gene vector procured cell are very difficult to study in a model that's not a primary human T-cell. ‘We learned very early on that identifying molecular designs that allow a normal human T-cell to propagate safely in the absence of lymphodepleting chemotherapy can’t be done using a standard high-throughput screen. That’s a challenge, because with cellular products, companies typically focus on a small number of candidates, and test them all individually.” To address that challenge, EXUMA turned to informatics and big data on population analyses to inquire as to whether informatics could help the company advance the biology.

“We put forth a very aggressive goal to build very large libraries of synthetic DNA constructs with molecular barcodes and leverage deep sequencing technologies that go 200 million reads deep for quantitative analysis,” explains Dr. Frost.  “But we leverage long reads, such as those used in PacBio sequencing technology to build a ‘Rosetta Stone’ to these bar codes.

Mind you, 200 million reads with multiple time points and samples equates to an output of terabytes worth of data. Dr. Frost recognizes that you can't hand that kind of information over to a scientist and ask them what looks promising. “We built software pipelines to deconvolute the data, analyzing constructs in what we call ‘Darwinian evolution screens,’ to find components that are trending in a data set. That allows us to constantly, refine, rebuild, and refocus to get to the next step,” he says. “The technology allowed us to answer 200 million questions at once, rather than asking one question at a time.” This kind of pre-lab work enabled efficiencies by distilling giant data sets into more finite potential targets on which scientists can re-query their hypotheses with meta-analyses.

Dr. Frost’s excitement on the matter comes with a caveat, however. “These data sets are incredibly rich, but you really have to build some unique tools. There was no off-the-shelf package for this kind of analysis. We needed people that could write code, algorithms and produce graphic user interfaces so the classic immunologists could see what was happening.” He also adds that it requires a considerable financial commitment to try something that, ultimately, remains untested. The benefit of adding this additional diversity in testing, he says, won’t bear out until they are tested in the clinic.

“We do believe that, in theory, it’s advantageous to leverage the power of querying the potential of 200 million leads in the amount of time it would take to query a handful manually,” says Dr. Frost. It’s a testament to EXUMA’s accelerated, marketability-in-mind approach to reaching pivotal trials.

Readying For The Clinic

In March, EXUMA announced a $19 million series B round of financing. Those funds are earmarked to advance the company’s logic-gated CAR-T therapies for solid tumor malignancies and to aid development of its rapid point-of-care (rPOC), same-day CAR T technology. In June, it named H. Michael Shepard, Ph.D., who led the research team that discovered trastuzumab (Herceptin), to its scientific advisory board.

In keeping with this end-in-mind (marketability) management philosophy, Dr. Frost says the company is poised for scalability. “Our base lentiviral manufacturing system was designed to scale from 10 to 1,000 liters and beyond,” he says. “The platform has matured on many fronts, from CMC and scalability to the models and safety assessment, to the point that we may be ready for the clinic in 2021.”

The clinic is where the rubber meets the road. Drastically minimizing a complex and time-consuming chain of therapeutic custody, eliminating the lymphodepleting chemotherapeutic patient burden in subcutaneous method of CAR-T administration, and radically hastening the time to treatment for cancer patients are lofty goals that would yield big dividends for the entire healthcare system. Dr. Frost acknowledges that in this line of work, you only get a few shots on those goals in a lifetime. He’s committed to taking those shots, and if his track record is any indication, the puck is in the right place on the stick in his hands.