How Ancient Fish DNA Could Contribute To Cancer Therapy 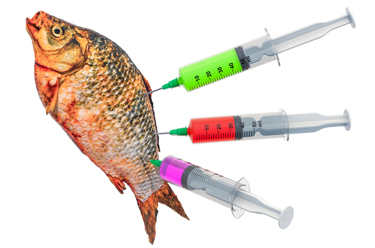 Multiple of this company’s clinical-stage candidates for solid tumor and blood cancers took cues from a discovery made by a renowned biologist trying to grow a genetically-engineered super fish.

“It’s hard to remember yesterday in the time of COVID,” says Ziopharm CEO Laurence Cooper, M.D., Ph.D., “But there was actually a time when CAR T was little more than a belief system held by a number of academics.”

Before joining Ziopharm in 2015, Cooper was one of those academics. He was a tenured Professor at MD Anderson Cancer Center and the University of Minnesota, with joint appointments in the Division of Pediatrics and Department of Immunology. As Section Chief of Cell Therapy at the Children’s Cancer Hospital, he helped lead the development of treatment approaches pairing genetic engineering with immunotherapies. He remains a visiting scientist at MD Anderson.

Dr. Cooper admits the move from point of care to the board room was bittersweet. “I trained for decades to take care of the nation's most medically fragile children,” he says “When you're a physician, you have the privilege of taking care of that patient in that room at that time. That's a very special interaction, but it's just not scalable. That's why Ziopharm is so important to me. It offers that opportunity to take ideas beyond the door of that hospital room and out into the broader community.”

At present, what he’s taking to the community is a proprietary platform that aims to make CAR T and TCR-T cell therapy a scalable and affordable reality for cancer patients, and kids, in particular.

At Ziopharm, Dr. Cooper evangelizes the company’s Sleeping Beauty genetic modification platform, the brainchild of University of Minnesota Professor of Genetics, Cell Biology, and Development Perry Hackett, Ph.D.  By way of this platform Ziopharm uses a chimeric antigen receptor to program T cells to attack CD19, a known antigen on the surface of malignant B cells. Interleukin 15 is then tethered to the T-cells’ membranes to give the T-cells a survival advantage, staving off immune cell exhaustion so the T cells can kill and continue to kill cancer cells. Finally, a molecular safety switch is inserted into the DNA, facilitating deactivation of the modified T cells as needed.

Where It Comes From

The origins of the platform weren’t originally intended to improve the welfare of kids with cancer. For his part, Dr. Hackett was more interested in fish when he made the discovery foundational to the platform. Working on Sea Grant-funded research to engineer faster-growing fish for aquafarming purposes, Dr. Hackett and his colleagues discovered an ancestral transposon gene in the salmon family that, they theorized, could be used to transport normal genes into genetically-damaged cells. Problem was, this gene they discovered quit working some ten million years ago due to mutations. Dr. Hackett and his team built it back piece-by-piece over the course of three years, hoping to leverage it to move engineered genes into the fish they sought to supersize. It worked. Dr. Hackett’s team successfully leveraged a rebuilt transposon that had been idle for millions of years to deliver new gene sequences to the nucleus of living cells and insert those sequences into DNA. Hence the Sleeping Beauty moniker.

“Even a decade or so ago, we were thinking hard about how you could scale these genetically-modified T-cells to meet patient numbers, and do it in a way that didn't break the bank,” says Dr. Cooper. “I had patients on my transplant service list whose families’ primary risk of bankruptcy was their child’s disease. We knew if we started developing a very expensive CAR T therapy it would just compound the problems that these patients and their families were going through,” he says.

That’s why Ziopharm has set out to develop cell and gene therapies in the contexts of affordability and accessibility. With Dr. Hackett as a collaborator, Dr. Cooper believes the non-viral Sleeping Beauty approach will sidestep many of the current issues with viral-based manufacturing using retroviruses or lentiviruses. “DNA,” explains Dr. Cooper, “is cheap and easy to make. It’s so simple, it can be scaled to achieve the needs of a large patient population without breaking the bank.”

BioProcess Online hosted Dr. Cooper on The Business Of Biotech, where he went deep on Ziopharm’s approach, progress, and intentions. Listen to episode 20 here.