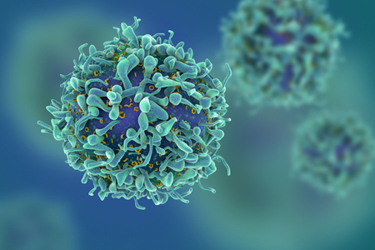 SOTIO’s genetically-engineered SO-C101 is showing promise as a monotherapy and combined with immunotherapies in pre-clinical tests and also recently in a phase I study. CBO Jens Hennecke, Ph.D. shared an update on the company’s Phase 1 Progress.

It was a productive summer for the clinical-stage immuno-oncology biotech SOTIO. In mid-July, it dosed its first patient in part B of a Phase 1/1b study of SO-C101 for the treatment of patients with advanced/metastatic solid tumors. The subcutaneously administered candidate is an IL-15 superagonist that demonstrates high specificity for the shared IL-2/IL-15 medium-affinity receptor on cytotoxic T cells and NK cells.

Part B of the study is being conducted in partnership with Cytune Pharma, which SOTIO, together with its parent company PPF Group, acquired in 2018. The study will examine SO-C101 in combination with PD-1 inhibitor pembrolizumab. Pre-clinical results for SO-C101 as a monotherapy revealed an increase in long-term survival and tumor regression in in vivo tumor models. Combined with immunotherapies including checkpoint inhibitors and antibody-dependent cell cytotoxicity (ADCC), studies demonstrated a synergistic mode of action.

To get to this point, SOTIO Chief Business Officer Jens Hennecke, Ph.D. tells us his team took on some intensive design work to genetically engineer IL-15’s selective activation and proliferation of T- and NK cells.

Supercharging The Role Of IL-15

While it’s known that IL-15 activity stimulates the proliferation of cytotoxic T cells (namely, memory phenotype CD8) and NK cells—thereby driving an anti-cancer immune response—realizing its potential as a therapeutic agent has been challenging. The protein has a proclivity to bind to the high-affinity IL-15 receptor and epithelial cells, which is known to cause severe side effects including vascular leak syndrome. It also activates regulatory T-cells, which dampen the immune response. SOTIO’s task at hand was to genetically engineer the molecule in a way that would make it both more powerful and safer.

Dr. Hennecke explains that the company’s SO-C101 leverages IL-15, but not in its natural form. “We fused it to a part of its own receptor. In order for IL-15 to have full signaling, it requires a receptor coming together from 3 subunits,” he says. “In order to activate NK and T cells, you need to bring together cytokine, receptor chains, and 2 cell types to obtain full signal. By fusing it to the binding part of the receptor alpha chain, you eliminate the need for one cell type to be there, thus enhancing its ability to elicit NK and T cell activation. At the same time, you eliminate the possibility to bind to its high-affinity receptor.”

As a result of this design, Dr. Hennecke says SO-C101 elicits potent activation of the cytotoxic T cells and NK cells without the activations of regulatory T cells or binding to epithelial cells.

SOTIO also chose to engineer SO-C101 as fairly small biologic. Dr. Hennecke tells us this means it can penetrate the tumor and tumor microenvironment better than larger molecules can, but he says SOTIO committed to developing a smaller protein for a different reason. “In contrast to many of the players in the space who work with pegylated IL-2s and IL-15s that have a fairly long half-life, this design ensures a relatively short half-life,” he says. “While a shorter half-life allows T cells and NK cells to proliferate, it also gives us the control to pause and rest before restimulating NK cell and cytotoxic T cells back to their full potential,” he says. This level of control isn’t possible with longer half-life molecules, but it’s important because the restimulation of those cells becomes more difficult to achieve after protracted exposure to the therapy.

Dr. Hennecke explains that the company has faced technical challenges on the manufacturing front. “This isn’t like a mAb that everyone knows how to manufacture. We’re forging a new path, and we had a lot of exploration and improvement to do as we moved along, because there was no precedent,” he says.

It’s an important property of the drug, says Dr. Hennecke, that part of the alpha receptor is covalently fused to the IL-15. “Other approaches provide a complex with the receptor alpha chain, or part of it, but because of the way they’re assembled, they tend to fall apart,” he says. That results in free IL-15 and its receptor alpha chain, which can lead to the aforementioned side effects resulting from the activation of regulatory t cells and binding to endothelium.

Having overcome these manufacturing challenges, SOTIO is now producing clinical quantities of SO-C101 in GMP environments with contract manufacturers. The company has observed early signs of biological and clinical activity in monotherapy from the ongoing phase I and is expecting more data readouts to prove the clinical activity—both as a monotherapy and in combination with checkpoint inhibitors—in the next 12-24 months. “Ultimately, the proof is in the patient,” says Dr. Hennecke. Positive results would surely make waves in a space where it’s estimated that current immuno-oncology treatment options are successful in just 15 percent to 30 percent of patients.