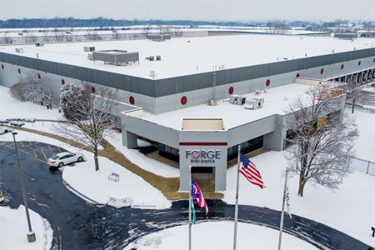 Dr. Timothy Miller is leading an effort to build one of the world’s largest AAV gene therapy manufacturing facilities. The co-founder and CEO of Columbus, OH-based Forge Biologics has been scratching the regenerative medicine leadership itch for quite a while now. After a few years in the lab at Copernicus Therapeutics and Juventas Therapeutics, and a few more as product development lead at SironRX, he spent nearly seven years at the helm of Abeona Therapeutics after founding that company. If all that experience with clinical-stage organizations taught him anything, it’s that one key to longevity is a quick path to an elusive thing among clinical-stage biotechs: revenue.

When Forge Biologics was launched in 2020, therapeutics development was Dr. Miller’s vision as it has been throughout his career. What he sought, however, was to build an organization that could quickly achieve revenue. That is a tall order for a company focused exclusively on novel gene therapy development, where the timeline to revenue is typically measured in decades. To comfortably fuel its own pipeline, Forge would need a revenue engine.

That’s why, when he and his team of co-founders and investors dreamed up the company’s hub-and-spoke business model, they leaned heavily into something else they’d all learned along their journeys: gene therapy manufacturing. 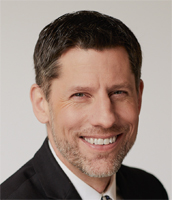 Dr. Miller and company determined that the quickest path to relieve a critical bottleneck in the gene therapy industry and generate revenue to fuel a pipeline was to leverage the collective manufacturing expertise of the company’s founding members, and to offer that expertise as a service to meet a growing and significant industry gap. From its inception, Forge Biologics would serve gene therapy developers as a CDMO, with a modus operandi to leverage its contract development and manufacturing services revenue to fund the development of its own pipeline. Dr. Miller calls it a hub-and-spoke model.

“As experienced therapeutics developers,” says Dr. Miller, “we’re interested in controlling costs by maintaining internal manufacturing control. So, if we’re going to build out manufacturing capacity, why not provide that capacity to other therapeutic developers to generate revenue?” he asks rhetorically.

The plan fell into place quickly. Forge Biologics launched in early 2020. In July of that year, what was then a 4-person entity closed a $40 million Series A. By April 2021, the company closed a $120 million Series B and employed 70 people. Today, it operates 175,000 square-feet of modular GMP manufacturing capacity and has 100 employees and counting. In addition to serving its CDMO clients, that facility supports the development and clinical supply of Forge Biologics’ own Phase I/II studies of FBX-101, an AAV gene therapy candidate for infantile Krabbe disease, and proof-of-concept studies of FBX-201 and FBX-301, AAV gene therapies to address a rare monogenic disease and a rare cancer, respectively. When it completes its expansion plans, the company is poised to be among the top five gene therapy manufacturers in the world in terms of capacity.

Asked about the fundraising strategy behind a not-so-common approach to launching a gene therapy company, Dr. Miller is quick to pivot to Columbus, OH and the why behind the company’s decision to sink roots there. “One of the drivers behind our ability to do this is that we're based in Columbus. Among large Midwest metro areas, Columbus has been first in population growth and job creation since 2010. In 2020, there were more than 30 companies here that raised more than $800 million. It's home to Drive Capital, an early backer of Forge and one of the largest non-coastal VC firms in the country, among others,” says Dr. Miller.

Forge’s recent financing round turned out to be the largest Series B fundraise in Ohio’s history, according to Pitchbook Data, Inc.

The area’s job growth and talent pool have legs. Columbus residents’ median age is 35.9, and 36% of its residents over 25 years old hold bachelor’s degrees or higher, putting it among the country’s top 10 metro areas in terms of concentration of young professionals. That young, educated demographic is fed by the region’s 30 universities, including Ohio State University. Consistent enrollment north of 61,000 students perennially ranks Ohio State among the top five largest universities in the country.

If You Build Manufacturing Capacity, It Will Be Filled

The shortage of manufacturing capacity for gene therapies is driving a groundbreaking spree of new facility announcements backed by several billion dollars of investments over the course of the past 18 months. While building a gene therapy manufacturing facility requires a massive investment, it’s a safe bet by Dr. Miller’s calculations. “Producing one patient-ready dose of a gene therapy requires the same manufacturing capacity needed to produce more than 14,000 doses of the COVID-19 vaccine,” he says. “If you needed to produce 1000 doses of a gene therapy per year, you would need to run 140 runs in large scale bioreactors (500L scale) per year—and that’s just for one therapeutic product to treat one disease!” That’s why, he says, the daily barrage of news about manufacturers adding bioreactors is welcome, but it’s nowhere near enough to support the scale-up required to meet the medical need. “We have three 500-liter bioreactors in our facility. In a single month, each one of those bioreactors is capable of producing just 25 doses of some types of therapies.”

Treating hundreds, if not thousands of patients, requires an incredibly large bioprocessing footprint and the highly skilled personnel to run it. That’s but one driver of the significant high cost of currently approved gene therapies. The resource-intensive gene therapy manufacturing process is an area in which Forge Biologics intends to create differentiation, and Dr. Miller contends that the company has the chops to do so. Forge Biologics CTO David Dismuke, Ph.D., has overseen manufacturing buildouts at four different companies. Co-founder and COO Jaysson Eicholtz brings more than 20 years of experience building aseptic processing facilities. Newly appointed Chief Commercial Officer John Maslowski oversaw the buildout of manufacturing centers in previous roles as CEO at Castle Creek Biosciences and Fibrocell Science, Inc. And Dr. Miller himself had hands-on expertise during facilities buildouts at Abeona. It’s a strategic assembly of execs that have seen what GMP manufacturing facility success looks like.

Dr. Miller advises that building out a team with a skillset specific to gene therapy is paramount. “One of the recurring themes I’ve seen among unsuccessful gene therapy companies is the assumption that because your team has built GMP facilities that have taken an antibody, or a small molecule, to clinical or commercial success, the same success can be achieved by the same people in the gene therapy space,” he says. “It’s a much more difficult process that takes years of expertise to accomplish, especially when you get out of the lab and start working at scale. Repeatedly achieving 500-liter or 1,000-liter batches under GMP conditions successfully requires a specialized skillset, and there just aren’t that many people out there with the expertise to do it.”

As he’s built the company, Dr. Miller has heeded his own advice. More than 50% of the company’s 100+ employees have come through in-network referrals and have demonstrated previous gene therapy production experience.

Quick Progress On The Proprietary Pipeline

That Forge Biologics’ lead candidate, FBX-101, has made speedy progress just more than a year after the company’s founding is not by chance. The therapy is based on technology developed by Chief Medical Officer Maria Escolar, M.D., M.S. “I have a Ph.D. in pharmacology and spent 20 years of my life focused on cell and gene therapies, but the preclinical data that Dr. Escolar showed me was something I’d never seen before,” says Dr. Miller. “Her work represents a paradigm shift in how we think about dosing and gene therapy trials,” he says.

Krabbe disease is a rare inherited disorder that attacks and destroys the myelin of nerve cells in the brain and nervous system. It affects about 1-2.5 in 100,000 infants in the U.S. Symptoms are typically observed in infants before they reach 6 months of age. Patients rarely reach their 2nd birthday. There’s no effective treatment once symptoms are observed, though companies like Forge are working on cell and gene therapies that show therapeutic potential with pre-symptomatic intervention, which is largely dependent on newborn screening.

The company is currently screening patients for its trial. The effort is being bolstered by a movement to approve newborn screening for Krabbe disease. Georgia was recently the 10th state to approve screening, which paves the way for reimbursement. That’s a critical step in the early intervention required to improve patient outcomes. As more states approve screening, Forge Biologics will gain more insight into potential patients for a clinical study that is inherently difficult to enroll.