Flexible Manufacturing & Single Use: A Story Of Love And Hate 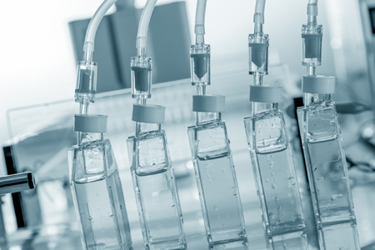 Brian Winstead, PMP was a proponent of flexible manufacturing before it was cool. The Sr. Director of Facilities and Engineering at Sarepta Therapeutics, Winstead defines the somewhat esoteric term in broad strokes before drilling into some concrete examples. “Flexible manufacturing is the design of a facility that allows for multiple products to be manufactured in a single space without much change or modification to that space,” he says.

That’s a much different paradigm than the traditional purpose-built manufacturing space, where suites are designed and equipment procured to manufacture product ‘X’ and product ‘X’ alone. That approach may have worked for deep-pocketed big bio, but when programs fail as they so often do, it could spell the end of a clinical-stage biopharma company with limited shots on goal. But while flexible manufacturing facilitates optionality, Winstead admits it's a love/hate relationship.

Beyond change agility, flexible manufacturing environments facilitate speed to market. They’re ‘stood up’ faster than fixed-infrastructure plants. It takes less effort and expense to modify them. And that’s important, says Winstead, in an advanced therapy manufacturing space in which speed to market is critically important to both patients and investors. Where it takes five years or more to build a traditional facility, develop a drug, and get it approved—even in a fast-track setting—Winstead says that timeframe can be halved or better when using pods and prefabbed facilities. “When you approach your board or other financial stakeholders with the proposition of building a flexible facility, you’re telling them you can build it faster, which ultimately gets your drug to market faster, which means you’re on a quicker path to both revenue and meeting the patient need,” he says.

On the financial side, Winstead says flexible manufacturing facilities are typically not as expensive as stick-built installations. “I can go into an existing warehouse with the space and utilities I need, slide pods and single-use technologies into it, and I haven't had to invest in a brand-new piece of property, dig up the ground, and build from the bottom up.” Single use technologies, he says, also reduce or eliminate the ongoing cost and time of clean in place (CIP) requirements and personnel associated with stainless steel of pipes, vessels, filters, and fittings. Those ongoing costs include consumable chemicals and the disposal of highly regulated waste.

The repurposed warehouse scenario Winstead suggests also offers scale up advantages. That real estate can be procured at a fraction of the cost of a new build, warranting the purchase of more square footage than is necessary for a clinical stage setting as part of a longer-term commercialization strategy. As the manufacture of more product is warranted to support larger clinical studies and, eventually, commercialization, pods can be added to meet clinical or epidemiological needs without the excessive capital, time, and resource requirements associated with brick-and-mortar additions and buildouts. Conceptually, flexible manufacturing installations allow rooms and walls to be replaced with “pods” comprising pieces of equipment that require a considerably smaller footprint. Pulling panels to accommodate growth, says Winstead, is far more efficient than building walls to accommodate growth.

At Sarepta, the flexible manufacturing approach has also supported the company’s flexible approach to strategic planning.  “We were buying parts, long lead time items such as fillers, tangential flow filtration equipment, and bioreactors before we had even selected a property,” he says. “We started to integrate the clean rooms with the equipment before we even had a site selected. Then, we were able to make sure the site we chose was big enough, had the proper loading docks, lighting, ceiling heights, utilities and so on. And when we found that site, we were able to connect it all together quickly.”

The Hate: Customization Conundrums And Breakage

There are qualifiers, of course. The value of flexible manufacturing is limited if the expectation is infinite flexibility. “If I design a flexible cell and gene therapy facility, it should be capable of doing anything our cell and gene therapy developers want it to do with little modification. It won’t be capable of producing over-the-counter tablets,” says Winstead. Additionally, while modular and ‘podular’ options have come a long way, highly customized builds can warrant more traditional installations. And, of course, single use consumables are subject to the constraints of a highly strained supply chain. Winstead says developing relationships with qualified secondary and tertiary suppliers is prerequisite, as is stockpiling what you can. But even then, supply maintenance is a full-time job.

Finally, if modular and single-use technologies are new to your operation, be ready for things to go as wrong as you might expect them to. It takes time to understand and accommodate the nuances of single-use consumables, and during that time, breakage, nonconformance, and the CAPAs that follow are to be expected. Winstead offers examples. “Instead of buying a tank with an agitator, you’re buying a bag with an agitator,” he says. “When you’re done with it, you dispose of it in the proper manner. That sounds simple enough, but you need specialized training for operators who must understand that the impeller inside the bag needs to be removed in such a way that it doesn’t cut the bag. If it cuts the bag, you have lost product on the floor and the safety protocol that comes with that. The same can be said of tubing if it isn’t welded properly, and when it’s removed from the rig it starts to leak. Sometimes you get defective bags from the manufacturer. If you have product worth a million dollars in that bag, how are you going to handle the risk of contamination?”

Winstead says his is a love/hate relationship with single use supplies. “It's great when it works. It's terrible when it doesn't work. There is no happy medium,” he says. But despite those risks, he remains a fan of flexible manufacturing. “The faster we can go and the more flexible we can be, the more people we can save. And that's, that's really what attracted me to this market. We’re curing disease or stopping it from continuing, and that’s the important thing. If there’s an opportunity to make these manufacturing facilities more flexible and do it faster, then that's what we should be doing.”

Learn more about Sarepta Therapeutics and its flexible manufacturing approach on episode 69 of the Business of Biotech podcast.